Happy Lunar New Year everybody! Last week was an Avenger fan’s dream come true with four new Avenger titles hitting the racks. A little sad to see Remender’s Secret Avengers come to an end last week too but the title will be back next month as part of the Marvel NOW! initiative with returning writer Nick Spencer. But first the usual spoiler alert before we go “Avengers Assemble!” 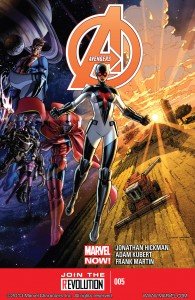 Avengers #5 and New Avengers #3. Writer Jonathan Hickman is the Marvel architect here and he’s brought an almost operatic and grandiose vibe (on a cosmic level) to both titles. I felt the Avengers title had that whole metaphysical space opera thing going on, while the New Avengers title was more drama and suspense that sorta reminded me of the TV series The South Wing, with a lot talking heads thrown in.

Now if you have read Hickman’s other titles like Fantastic Four and Manhattan Projects, you’ll know that there’s always a larger picture involved as he meticulously plans his two dozen issue-long storyline, and these first few issues are just the beginning of something very, very big and very, very cool. Actually these are the kinda stories that I would much prefer to read at one sitting in a trade than in singles each month.

But anyway with the Avengers title, Hickman not only introduced new godlike villains from space but also a whole bunch of new Avengers like former X-Men Cannonball and Sunspot as well as original characters like the Smasher who may or may not be the granddaughter of Dan Dare, yes, THAT Dan Dare!

The opening 3-issue arc saw Captain America and Iron Man assembling the new team for a knocked-out, dragged-out fight on Mars. I thought those three issues were a little too heavy for new readers with too many plot holes. But the last two issues where we got a look at the origins of new members Hyperion and Smasher, those were nice easy reads that I really enjoyed. Oh, and there’s all that gorgeous art by fan favorites Adam Kubert and Jerome Opena to look forward too. 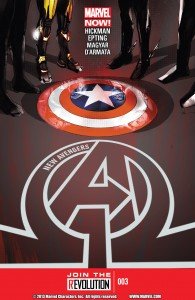 In New Avengers, it’s another Galactus-level threat knocking at our doorsteps but it’s the Black Panther calling the shots here as he assembles the old Illuminati team of Captain America, Iron Man, Doctor Strange, Namor, Black Bolt, Mr. Fantastic and standing in for the late Professor X, we have the Beast.

So as another Earth from a parallel universe threatens to destroy ours, it’s up to our heroes to decide if it’s morally ethical to blow one world to save another. Now here’s where it gets interesting. While the rest of the group is more or less prepared to “do whatever it takes” to save our world, good ol’ boy scout Captain America isn’t all that ready to choose the lesser of two evils. Which leaves the Illuminati no choice but to … call the Justice League of America to come mind wipe Cap! No, I’m just kidding! They did it themselves, or rather Doctor Strange did to Cap what Zantana did to Batman in DC Comics’ Identity Crisis. Really!

Now if that’s not reason enough to pick up Hickman’s New Avengers, I don’t know what is! But seriously, New Avengers is a great read. Like I said earlier, tons of drama and suspense. If you missed Bendis’ Avengers, I think this is a closer fit to that kinda storytelling than Hickman’s adjective-less Avengers title.

For old time fans, they may not be your typical Avengers titles but they are both exciting stories so don’t afraid to give them a try. 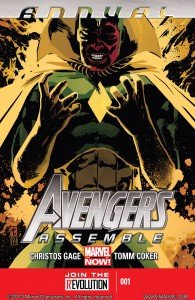 Avengers Assemble Annual #1. Fans of old school Avengers might like this issue as the spotlight turns to the Vision. Written by Christos Gage, this annual does a decent job filling in the many plot holes left behind or created when the Vision died and (of course) returned back to life, and then died again … oh wait, that was teen Vision from Young Avengers. Well, you get the idea. It was rather messy at the end.

After so many years of reading the Avengers, I think this is the most character driven and poignant Vision story I can remember. It’s an intriguing character study of one of Marvel’s most popular android. All in all, a neat little one-shot Avengers tale recommended to all fans. 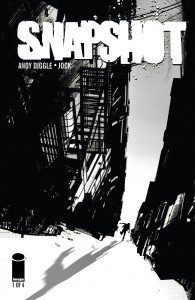 Snapshot #1. The creative team of Diggle and Jock are back! I first heard of this 4-issue Image mini-series when writer Andy Diggle of The Losers fame was in town late last year and having enjoyed his previous crime graphic novel The Rat Catcher, I figured why not give this a shot, geddit? Plus we got his friend and Losers co-conspirator Jock handling the black-and-white art chores, so how could I not pick this up.

Damn! This is pretty good stuff! A comic book clerk discovers a hitman’s smartphone in the park and a few pages later sh*t starts happening as people start getting shot in the head and the body count starts mounting. Then just when you thought you know where it’s headed, Diggle throws you a curve ball.

Diggle’s solid script and Jock’s expressive pencils totally brought the characters to life. The action is straightforward and fast-paced, and the plot engaging. I can almost picture this as a summer movie like The Losers. A compelling read with promises of more twists and turns to come. 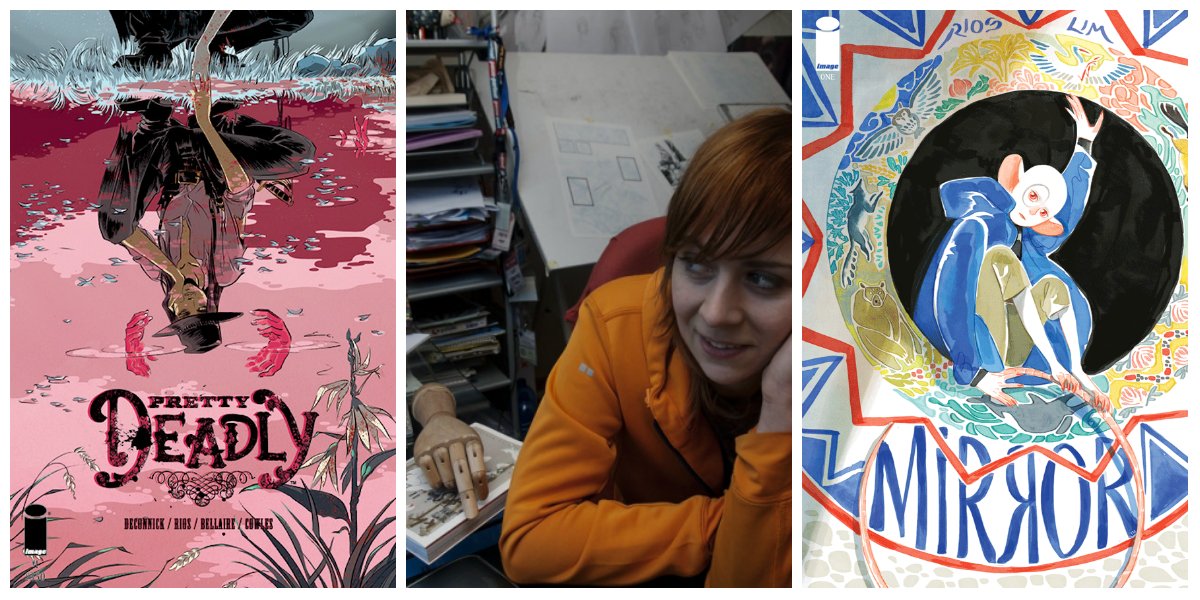 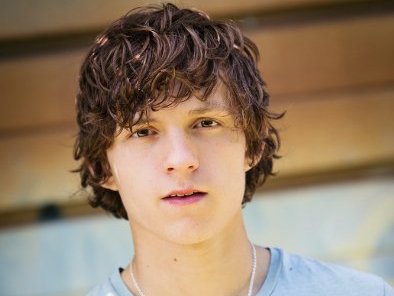