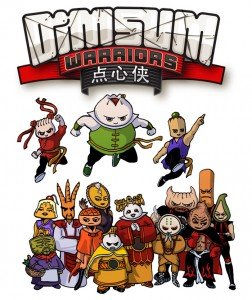 This article is going to take a while to get to its point, since I’m going to wax lyrical about someone who has inspired me since my youth. For those of you with TL;DR tendencies, here’s the summarised point up front: Support the Kickstarter campaign to bring critically-acclaimed iPad comic app DIM SUM WARRIORS to print! They’ve already reached their initial goal of US$8,000, but are hoping to raise another US$8,000 or so to publish Volume Two of the series.

There’s less than FIVE days left to the campaign, so don’t hesitate and pledge now! For those of you here in Singapore worried about the shipping costs, I’ve just been informed yesterday that the creators will be returning here at the end of the year, so they’ve promised that those of us in Singapore can adjust our pledged amount to remove the shipping costs. How cool is that!

Earlier this week, my childhood hero Colin Goh posted a pretty long article about his sordid history with comics – detailing how the hobby was very much derided by 70’s Singapore society (especially in a certain school which also happened to produce the guys who would later start this very website).

The article is totally worth the read for any fan of comics, local or otherwise (and if you’re reading this, you probably fall into that category). It describes how, despite parental concerns, Colin turned his burgeoning talent for “scribbling” into a daily comic strip for The New Paper – the first Singaporean to do so for a local publication, at the tender age of 17! Titled “Orchard Road”, it would later be collected into three volumes, the second of which made me a fan for life (the fact that it was entitled “I Was A Teenage Sex Slave” and that it was readily available from the National Library probably helped). Colin would also go on to do another comic strip, “The Concrete Jungle” for the same tabloid. 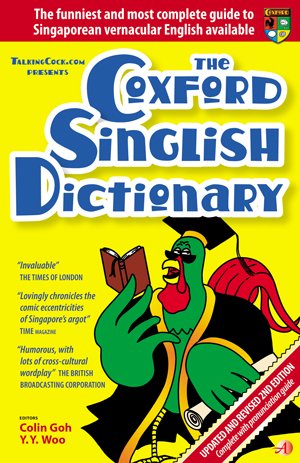 Later, together with his lovely wife Dr. Yen Yen Woo, Colin would launch TalkingCock.com, the seminal satirical Singaporean website, which led to the Coxford Singlish Dictionary and TalkingCock the Movie, all of which were ravenously imbibed by my impressionable young mind. Yet, it was their second feature film, Singapore Dreaming, a critically acclaimed, award-winning drama which was a true love letter to the country they grew up in. Coupled with his regular column in the Sunday Times, Colin Goh had become undoubtedly a Singapore icon, at least, for me.

All this detail is important because their latest and arguably most emotionally invested project of the long creative journey thus far – Dim Sum Warriors – is a different kind of love letter, one to their future, their child whose arrival Colin had shared with the country in the above-mentioned column, and whom readers had come to affectionately know as “Yakuza Baby”.

Dim Sum Warriors is about a royal brat who goes undercover to try to reunite four martial arts clans who have been manipulated by an evil Colonel. Sounds straightforward enough? Perhaps, except all the characters are anthropomorphic dim sum! The concept first came about when the husband-and-wife team wanted to create something that would reflect the world their daughter would grow up in, hence the amalgamation of Chinese food and martial arts in the distinctly American sci-fi/fantasy comic book medium.

Though the comic was serving a dual purpose of being both an English and Chinese comic – the iPad app would be able to switch between languages with a touch, and had audio pronounciation guides for both languages as well – there’s was still a yet unfulfilled desire to see it in print. Enter Kickstarter, which allowed them to launch their campaign on October 30th, and very quickly hit the original target of $8,000 in 8 days, on November 8th! Being typical Singaporeans and naturally getting more ambitious after their well-deserved success, Yen Yen and Colin are now looking to hit $18,000 before the 20th of the month. That’s only FIVE days more!

Also, if you’re interested in checking out the comic, for the duration of the Kickstarter campaign, all six issues on the iPad app are FREE. In addition, the iBooks and the Kindle versions are also FREE. There’s no reason not to support it now!

As I mentioned earlier, for those of you in Singapore, they will be coming back at the end of December, so when making your pledge, there’s no need to include the recommended shipping costs! Of course, you can also do what I did and pledge the extra amount anyway, since you know it’s for a great cause. So head on down to their Kickstarter page now! You can also catch up with the creators at their main site. 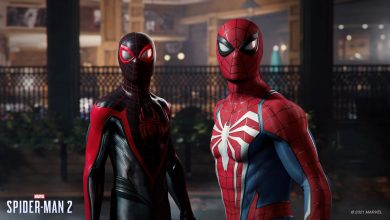 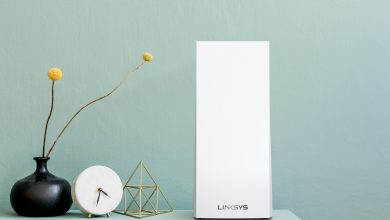