This week we have Witchblade #141, X-Men Legacy #244 and Wolverine and Jubilee #1. Technically, the last episode of Buffy (aka issue 40) is in this batch too but you can read it on its own post here. There is a theme going on this week and it’s monsters. Hmm. Weird. 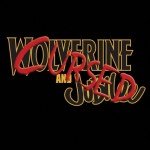 Anyway let’s start off with Wolverine and Jubilee #1. So. Jubilee’s a vampire. So far it looks to be permanent including her angst and rage. Emma Frost is turning out to have quite a few witty lines even if she’s being the major stern bitca lady that she is.

Thankfully this is much better than the movie that must not be named for it seems Jubilee for all her sparkly paffing ways, does not sparkle that way. Wolverine for once is actually the calm one here while Jubilee RAGESSSSS over her vampireness.

Or rather her wanting to eat people.

Oh yes, a small mention! Pixie is too cute in being all supportive!gal pal here. Them as a duo is pretty amusing. Kinda like how Jubes was the happy happy one with Wolverine being the grumpy guss, Pixie is now Jubilee’s, uh, Jubilee. Also whoops? Looks like Jubilee ate a whole bunch of guys in a shipment container? 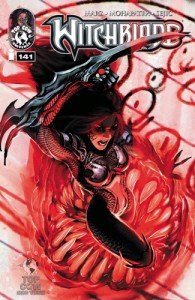 Onwards to Witchblade #141. I got to say the artwork’s pretty gorgeous… AND THAT THE MONSTERS ARE SCARY. AAAH. Monsters aren’t new in the world of Witchblade but with artwork by Stjepan Sejic, it is freaking creepy with its painted style and colours.

I don’t think you want to read this or rather look at the artwork in detail at night for the monsters.

Sara manages to defeat the monsters in this arc but oh hey, it’s the children who brought them to life! She can’t bring in the children to jail for drawing monsters into life… That killed people… However, she calls on Hunter-Killer for help! That’s Sam Argent for you and she’s there to make sure the kids don’t do it again or at least bring them under control.

At that point, it’s pretty funny since that means Sam is a glorified baby sitter when she’s a professional Hunter-Killer for super powers and creatures. 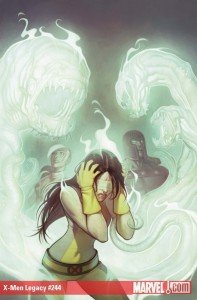 X-Men Legacy #244 marks the issue before the Age of X which would start in the coming week. Firstly, I’m not even sure why Magneto is in the cover of this issue when he’s not in it at all. Secondly, Ruth aka Blindfold’s outfit seems easy to cosplay but that’s neither here nor there.

This issue focuses more on her as she sees something that’s going to attack the mutants. I must say though that I don’t exactly like the artwork style of this issue. It looks as if it has… boob glares. It’s the way that there seems to look as if there’s “shiny” parts on skin and cloth material too especially on Rogue’s cleavage which made me think, “For what?”.

It’s definitely the style because even Professor X looks more penciled in than normal just for the face. Hmm. Anyway, it’s a Blindfold/Rogue issue as Rogue investigates what Ruth told her.

And they found the monster that’s attacking the mutants secretly.

Swiping a few powers from the other victims of the monster, Rogue manages to defeat it but this isn’t what Ruth warned… AND DUH DUH DUH, we’ll find out more in the Age of X.

That’s it for this week. Age of X starts the next week and everyone seems to have a costume rehaul and different names? For some reason Rogue will be called Reaper. Huh.