“Gravity is for chumps, let no one tell you ‘You can’t fly’.”

With those words via Marvel AR, writer Kelly Sue DeConnick introduces the first issue of the brand new Captain Marvel, Carol Danvers. To say that it’s about time the name and the mantle were passed to her would not be overstating the fact – after all Carol Danvers was introduced over four decades ago as a supporting character of the original Captain Marvel, the alien Kree hero Mar-Vell and has spent most of that time in his shadow as Ms. Marvel. Despite this, the character’s popularity has not waned over the years, and her staying power was reiterated as late as this year, when a poll discovered that she remained one of the most popular Avengers.

With Marvel Comics entering a new era called Marvel NOW!, it is only appropriate that a hero called Captain Marvel was once again a staple of the Marvel Universe. (Now say that five times fast.)

While not officially part of the Marvel NOW! hype that began this week with the release of Uncanny Avengers #1, Captain Marvel does have the requisite two factors common to the official line-up of books. Firstly, while Marvel NOW! is not a reboot per se, it is the perfect jumping on point for new readers as characters are reintroduced without the baggage of continuity. Secondly, Marvel NOW! is as much a showcase of the creative team as it is about the character. Captain Marvel, despite launching earlier this year in July, meets both these criteria, and writer Kelly Sue DeConnick and penciller/inker/colourist Dexter Soy are making the most of this fantastic opportunity – the first ongoing series for Marvel for both of them.

Helping new readers to adjust to this new uniform of Carol Danvers are the appearances of Captain America and Spider-Man in the first issue, and the prologue features Crusher Creel, the Absorbing Man, grounding the reader in the Marvel Universe at large. The story that DeConnick wants to tell is distinctly different, however. A self-professed military brat herself, DeConnick clearly feels very strongly about the role women play in the armed forces, and introduces the fictional Helen Cobb, a record breaking aircraft pilot who was part of the very real Mercury 13, a group of women who went through the same kind of testing as the first male astronauts including John Glenn. The character of Cobb, of course, helps to reaffirm Danvers’ own background as a former Air Force pilot and security chief.

Issue #2 follows that same thread and sees the new Captain Marvel thrown seventy years into the past, where she meets up with the fictional Banshee Squad, made of members of the very real Women Airforce Service Pilots. DeConnick’s agenda is clear – remind new generations of readers that women have always been an integral part of the military, all the while having an engaging, exciting time-travel science-fiction adventure. Together with Dexter Soy’s unique artwork, Captain Marvel will hopefully capture the imaginations of many, regardless of gender.

Also of interest are the rumours revealed last week that the sequel to The Avengers will include Carol Danvers, whose character may be introduced in Guardians of the Galaxy. Initially reported by The Daily Mail, the story was subsequently mentioned by JoBlo.com (which boo-booed by posting a picture of the Karla Sofen Ms. Marvel) and i09.

The reports also indicate who is currently in the running for the rumoured role – mentioning Emily Blunt (one of the contenders for the Black Widow before it went to Scarlett Johansson) and Ruth Wilson in particular. Having just watched Looper earlier today, I’m leaning very strongly towards Blunt, whom I feel will bring a dramatic gravitas and presence deserving of such an established and accomplished character. What do you think? 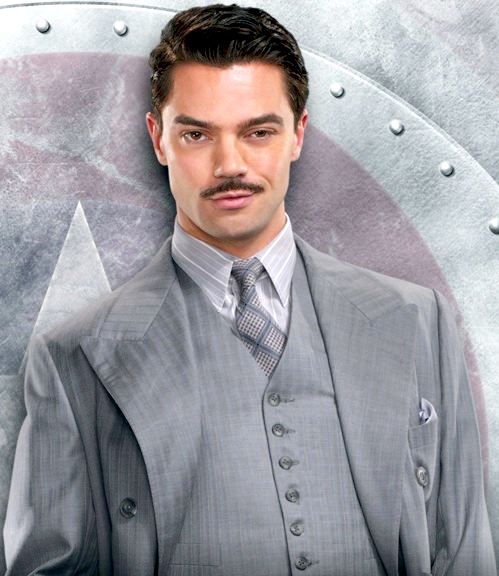