This is a good time to be Scottaholic. With the release of Bryan Lee O’Malley’s final chapter of the Scott Pilgrim saga in mere days, the release of the movie in a few months, and San Diego Comic Con just around the corner, Scott Pilgrim is making a huge mark on the geek landscape in a big, big way.

As a run up to all of these, HereBeGeeks is proud to provide a quick tour of some of Scott Pilgrim’s favourite haunts. This is a continuation of last week’s Scott Pilgrimage, tackling some of the more out of the way spots, as well as some of the places I had missed the last time. 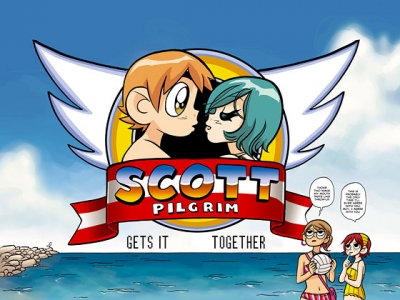 As mentioned earlier, these directions aren’t exactly tour-friendly. However, if you’re new to Toronto, and don’t mind just walking around and soaking in the atmosphere in between Pilgrim-points then you’re in luck! 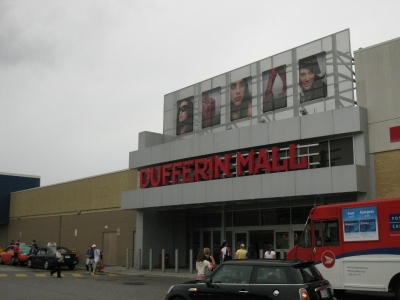 I started by taking a subway out from Union Station to the Dufferin station in west toronto, and then walking South to hit Dufferin Mall. I actually managed to find the exact spot in one of the panels (with the flight center and Cinnabon), but a) They didn’t have those wooden seats there and b) people were sitting around. Didn’t take a picture because I didn’t want to be seen as some sort of weirdo. Also, unfortunately no aspiring actresses were around (dressed in fake skanky outfits or otherwise). 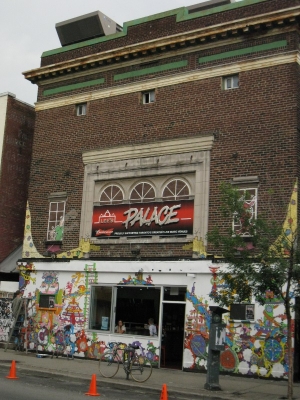 From Dufferin, I took the subway back down to the Bathurst station. Bathurst (around the subway station) is a central node of a lot of the events that take place in the comics. This includes Honest Ed’s (Book 3) and Sonic Boom (Book 2) that were featured last week, but also Lee’s Palace as well as the walk in front of Insomnia just before Scott breaks up with Knives. 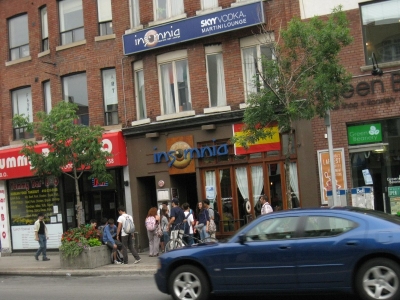 You could take the subway a few stops (2 to be exact) to dupont station and that would get you pretty close where you want to go, but do the poor college student tour and walk everywhere! Time is the only thing you have a lot of, right? 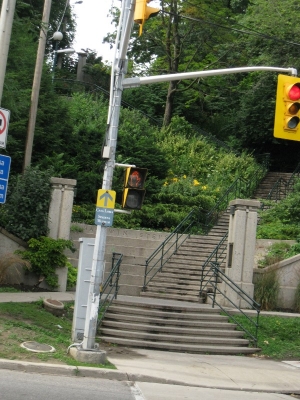 Anyway, east from the bathurst station will get you to the corner of Bloor and Spadina. Turn north and keep on heading straight. Eventually you’ll more or less literally run into the Baldwin steps, where Lucas Lee met his untimely demise. 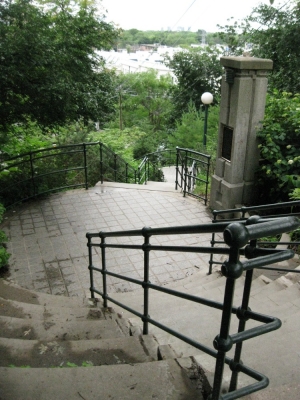 You know how they always say photos don’t do the place justice? I tried to take a good photo of the steps, but trust me this doesn’t do any justice as to how dangerous attempting to skate down the steps would be. Even thinking about doing such a thing made me almost break something. 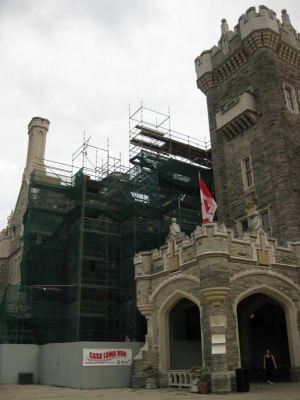 Up the steps and to Casa Loma. As you can see, the castle (well just a really swank house and now doubling as a museum) is undergoing refurbishment, but you can visit the interior too if you like. I assume it’s renovations are due to the Lee-Pilgrim incident, and incidentally when I went the scaffolding was more or less where they would be if a man sized object had been thrown into the towers. 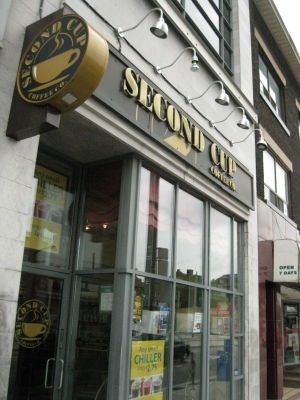 From Casa Loma you can walk north via Spadina to St Clair’s West, and then west again to the corner of St Clair and Bathurst. The Wychwood Library should be just south of you (the Southeast corner of the St Clair/Bathurst intersection) and Second Cup should be west a bit (the Southwest corner of the same intersection). Again, no interior shots for fear of being run out, and in the case of the Wychwood library, already being closed by the time I got there. 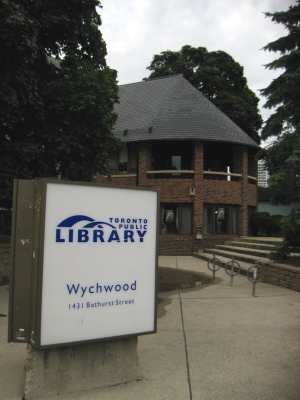 The library looks especially accurate even from the outside though.

Lick’s Burger and the Beaches, Book 4

Walk back east to the St Clair Subway and then take it all the way to the Woodbine station before walking south. A lot. Honestly, this is not a good route to take, there’s a lot of walking involved (a good alternative is to take the 92 bus south to the beaches rather than walking, but hey anything to save $2.50). 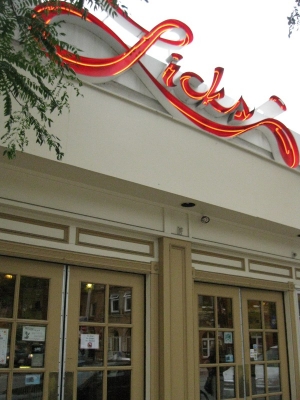 When you hit Queen Street you can head east until you spot the Lick’s Burger, grab a meal to go and then head down further South until you hit the beaches. 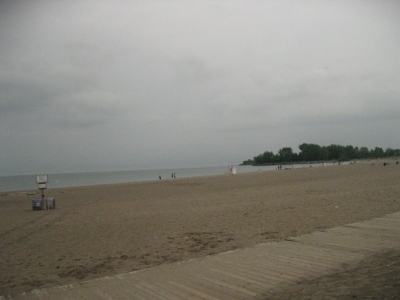 And then, sit back and enjoy your burger while the sun sets, because you’ve come to the end of the tour! From the Beaches, you can probably walk back up to Queen Street and take the 501 car back west to Yonge Street (which is nice and central enough that you can find your way back).

I’ve missed out some spots (Scott’s house, and the now defunct Rockit for example), but I hope that I’ve hit all the relatively important spots between Part 1 and Part 2 of the Scott Pilgrimages. I’ll try to get a google map and some directions done, but if you want to take a bus or a subway direct to the spot and hop on to somewhere else, Andrew’s blog Acts of Minor Treason is probably a better bet as of this moment. I will have to say that his blog was a great resource in getting my own Pilgrimage underway.

Until then, hope you have enjoyed our 2-part series on the life and locations of Scott Pilgrim! We will be posting more Scott Pilgrim stuff in the coming days (especially hopefully during San Diego Comic Con), so please do stay tuned!