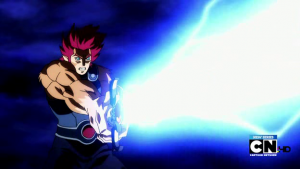 Many of us are huge fans of the sweeping yet heartfelt animated epic Avatar: The Last Airbender, and we are salivating at the thought of finally satiating our thirst for the genre when the sequel Legend of Korra premieres next year. Yet an unexpected replacement comes from Warner Bros. Television, seemingly out of nowhere and premiered on Cartoon Network last week.

A blast from the past, a reboot of that staple of 1980’s Saturday morning cartoons… Thundercats.

Co-produced by Ethan Spaulding, whose previous work on Avatar: The Last Airbender is strongly felt here, Thundercats is a faithful recreation of the classic series with a distinctly anime twist. Yet the most sparing of cosmetic changes don’t detract from the enjoyment of the very American familiarity of the show, especially when all the usual characters retain their essential appearance. Well, all except Lion-O, actually. Unlike Tygra and the rest of the Thundercats, Lion-O’s appearance is significantly cangeactually more appropriate for the character – who even in the original series, was actually an adolescent in an adult’s body. This boyish appearance is a little jarring at first, and a part of me hopes that his mane will grow out a bit more (he IS modeled after a lion), but as a character, Lion-O is just perfect. 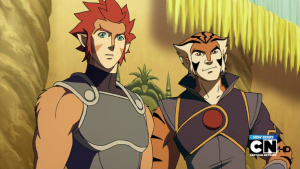 Combining impetuousness and peerless curiousity with the burgeoning potential for leadership, Lion-O is the Prince of Thundera and the kind of character you want to get behind. With his good nature and desire for justice and equality, it’s easy to see why he attracts the loyalty of Snarf, Tygra and Cheetara (and presumably Panthro, Wily-Kat and Wily-Kit).

Speaking of the siblings, the second Wily-Kat and Wily-Kit appeared on my screen, I knew the showrunners had a winner on their hands. 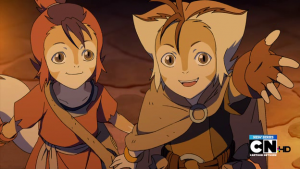 Unlike the main characters, the young pair of siblings are not nobility, but street urchins who have big dreams. Though their introduction and screentime was limited, know that they represent a contrast between the elite Thundercats means that there’ll be a lot of opportunity for discussions on class and caste down the road.

Which brings me to the main aspect of the show that I enjoy, the varied social commentary that it touches on – early on in the pilot, we are introduced to the perennial antagonists, the Reptilians, who are treated like criminals in Thundera by the Cats, just for being who they are. Lion-O intervenes in the bullying of two Reptilians, questioning the justice behind further humiliating the pair of captives. The mob instead turns on him, and it takes the combined effort of Tygra and Cheetara to keep them from further harming the Prince. Though a seemingly innocuous scene, it is Lion-O’s act of mercy that gets repaid later in the episode, and suggests that the lines are blurred between good and evil in this world. 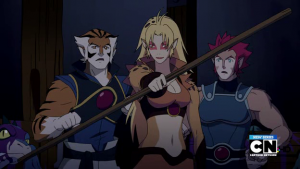 Ultimately, Thundercats does resemble Avatar:The Last Airbender in many ways: the excellent writing, while suitable for all ages, has sufficient appeal for adult sensitivities. There is a burgeoning love triangle between Lion-O, Tygra and Cheetara, and the existing rivalry between the two men suggests it’s going to get worse. The animation is superb, courtesy of Studio 4°C, which has also been involved in The Animatrix, Batman: Gotham Knight and Transformers Animated. There are some top voice talent, including Batman Beyond‘s Will Friedle as Lion-O and the unabashedly gorgeous and gifted Emmanuelle Chriqui as Cheetara, with Batman: The Animated Series‘ Andrea Romano as Casting and Voice Director, so you know you’re in good hands. 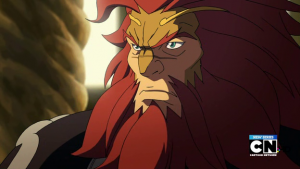 They even got Larry Kenney, the original voice of Lion-O, to portray the King, Claudus! Now that’s how to make the fans happy.

Most of all though, the faithfulness to the source material, down to the very details about the characters’ signature weapons, suggests that this reboot is perfectly capable of recapturing the popularity of the original. Here’s to many years of Thundercats! 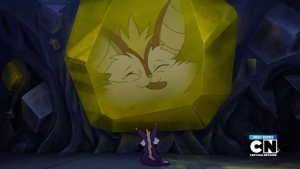 His teenage years spent nursing a giant man-crush on Steve Rogers, the first Captain America, Peter naturally found himself drawn to many other heroes who depicted strong, manly qualities, including the honour-bound warrior Worf, first Klingon in Starfleet, and the muscular rock hard abs of The Thing.
@prodigalgeek
Previous The Road to Gencon 2011: Day 0
Next Gencon 2011 Day 1: Now with Domination Warlock Spoilers!