7 days have passed since the last vote, and we witness the winding down or ending of quite a few seasons of shows. This doesn’t apply to British TV, of course, which happens to run on its own (somewhat obscure to me) schedule, but given that Dr Who usually has 13 episodes (and British shows tend towards either 6 or 13 episodes per season) we’re more than halfway through this season – and it’s careening towards its conclusion. Even then, how did each show fare this week in the battle (well, a made up one) of being as geeky as possible? The heroes (not the TV show) and villains shall be listed out below in mighty fine almost non-spoilery mode!

How I Met Your Mother
I was just about to disregard this episode this week, “The Wedding Bride”, as it pretty much didn’t go even vaguely near the notions from last week. Not to say I expected it too, of course, last week being the exception rather than the norm. Judy Greer did make a jump from TBBT, (presumably bringing all the excess baggage over after being left alone with Raj for the night), the main reason this show is listed here this week is the appearance of Malin Åkerman – which all of us should be familiar with, being Watchmen’s Silk Spectre (the second). Ah, the wonders of seeing history from another person’s view.
Geekception

The Big Bang Theory
Ah, origin stories. Who doesn’t love them? Alien visitations, gamma radiation, spider bites, when harry met sally, all of them great and memorable beginnings – and now get one for TBBT. Leonard’s not quite believable as his younger self (Galecki’s actually 35) – and Jim Parson’s some kind of never-aging person, being 37 this year. The battle of Kirk vs Picard rages on, but the definitive answer is provided by Leonard and approved by Sheldon – and it’s honestly the same answer I’d give, except I’ve not actually watch much Trek. Korgath would be better positioned to give his own take on this of course. What really hurts, then, is the mention of Firefly – and Sheldon’s delusion that it would last forever over Babylon 5. Sigh. Also, who wouldn’t dream of bringing experimental rocket fuel home?
Geekception

Chuck
Once again we hear about Chuck the geek – and we also get to witness Chuck the geek – but outside of those actions he doesn’t quite speak about it. Hawkman (and his race) swoops into being mentioned by Ellie when she speaks about Chuck wanting a “Thanagarian helmet” – except it sounds like Ellie’s the bigger geek for actually remembering it! Haha. Chuck finally exposes his comic book reading addiction by reading Y the Last Man – except that has ended a while ago and he’s reading the Trades. Then again, with rising prices, working at the Buymore ain’t going to fund a weekly habit (trust me, it’ll break many a camel’s back). Once again we have the great guest star list with the return of 2 very high profile guest stars. Fun!
Geekception

Lost
As I’m typing this – it’s going to be a good time to go off Twitter if you’re not watching Lost live. So far it’s been fake spoilers… but best not take the risk, no? Best to also avoid news sites till you get to watch it. As this episode played out one knows the pieces are just being moved into place. Strangely it feels like even though they planned the ending of this series about 3 seasons ago they’re pretty much rushing to play it out – scenes which could have been fleshed out more, character evolutions (or lack thereof, especially if you’re not the chosen) which could have done with less of a jump… everything’s just a mad dash towards the end. Would we have benefited from a longer season? Maybe… but we do have 2.5 hours to go. I’m not sure if it’s deliberate, but it’s a nice touch opening with Jack’s eye, given that’s how the show started (and a few other episodes too). Desmond’s character continues to be the most compelling part of the show as it nears its ultimate episode.
Geekception

Glee
Ah yes, perhaps the special guest star for this week? With Joss Whedon behind the lens and everybody’s favourite Neil Patrick Harris acting as Will Schuester’s old competitor Bryan Ryan (such a… comic book name), it was a good episode, especially if you’re auto-tune adverse like me. I’m not sure how much Joss Whedon had a say in the script given he doesn’t have a writing credit, but it’s nice to see the episode unfold effortlessly without having to raise an eyebrow the entire episode. Artie’s song was really fun and Whedon’s deft touch definitely brought a lot of energy to the scene (also bringing in some vague meta mention of social media). What really had me going “Ooh!” was seeing Mandy Patinkin’s old broadway career being mentioned – I can never forget Bryan Fuller’s long deceased (pun fully intended) Dead Like Me, and there’s always “Hello. My name is Inigo Montoya. You killed my father. Prepare to die.” Ah… he didn’t actually appear in the episode, but that’s a rush of good memories right there. Also, I find that scene between NPH and Jane Lynch… rather ironic.
Geekception

Fringe
Sassy Anna Torv (evilOlive, kudos to Vivien for coming up with that) is so, so much more fun than vanilla Olive… Torv appears to just relishing the chance to try out another side of her character – a far far away version of her, that is. I’d like to have seen more of what the machine could have done, but honestly with the story being really enthralling and the other half of my brain trying to pay attention to all those little changes in the earth (too many to count), I was definitely kept occupied. Here’s to hoping to seeing more red credits next season! Questions definitely remain – the ending was rather loop-holey, but I suppose that’s the make sure the ending could really happen. Was there really enough time for evilOlive to be fully briefed on what to do for the mission, like what object to make a requisition for? Or is that part of their general training? How long was the break in time before Bell woke up anyway?
At any rate, Fringe takes the cake this week with a great set of fake comic books. On closer inspection they don’t quite pass muster, but from the distance and as scenery dressing that had me pausing and going “oooooohhhh coool” for the longest time. Here’s a link from the DC Comics Blog with all the covers! (Thanks Korgath!)
Here’s hoping to Fringe continuing to be awesome next season.
Geekception

Doctor Who
Ah yes – a 2 parter. Saw it coming at around the 25th minute of the show when it felt like, barring Doctor Ex Machina (not that rare, I guess), there was no way to wrap things up nearly in another 15 minutes. The Silurians make their return after a 26 year hiatus, rising from the depths of the earth, so it’s a new race for those who haven’t been following the older series (like me!) It’s great to see the Doctor evolving – even if its into something not quite what we’d expect. One could almost draw a upwards trend concerning the Doctor’s recklessness in handling situations – it’s seen him caught in more than a few bad places when a clearer mind could have prevented it. It’s almost frustrating really, but the bottomline is this is a very different Doctor – taking hints from previous incarnations… and with such a past, and such a predilection for the apes (at the cost of almost anything else) – is this Doctor still a hero? I’m definitely sticking around to see how this all pans out. The cracks have been gone for a while, but who knows? Something else about the whole thing feels weird – it’s almost unnerving and I can’t place my finger on it.
Geekception

Some TV shows are really pulling out all the stops as they (near their) end – and it’s really been a fun week. Writing this also has been a cool exercise – I’m really paying more attention now, instead of trying to tweet and clear feeds as I watch them, and it’s been rewarding. I’d hope for more next week – but there’s really not much left. We’re hoping to do a reviewgitation on Lost, so stay tuned for that! 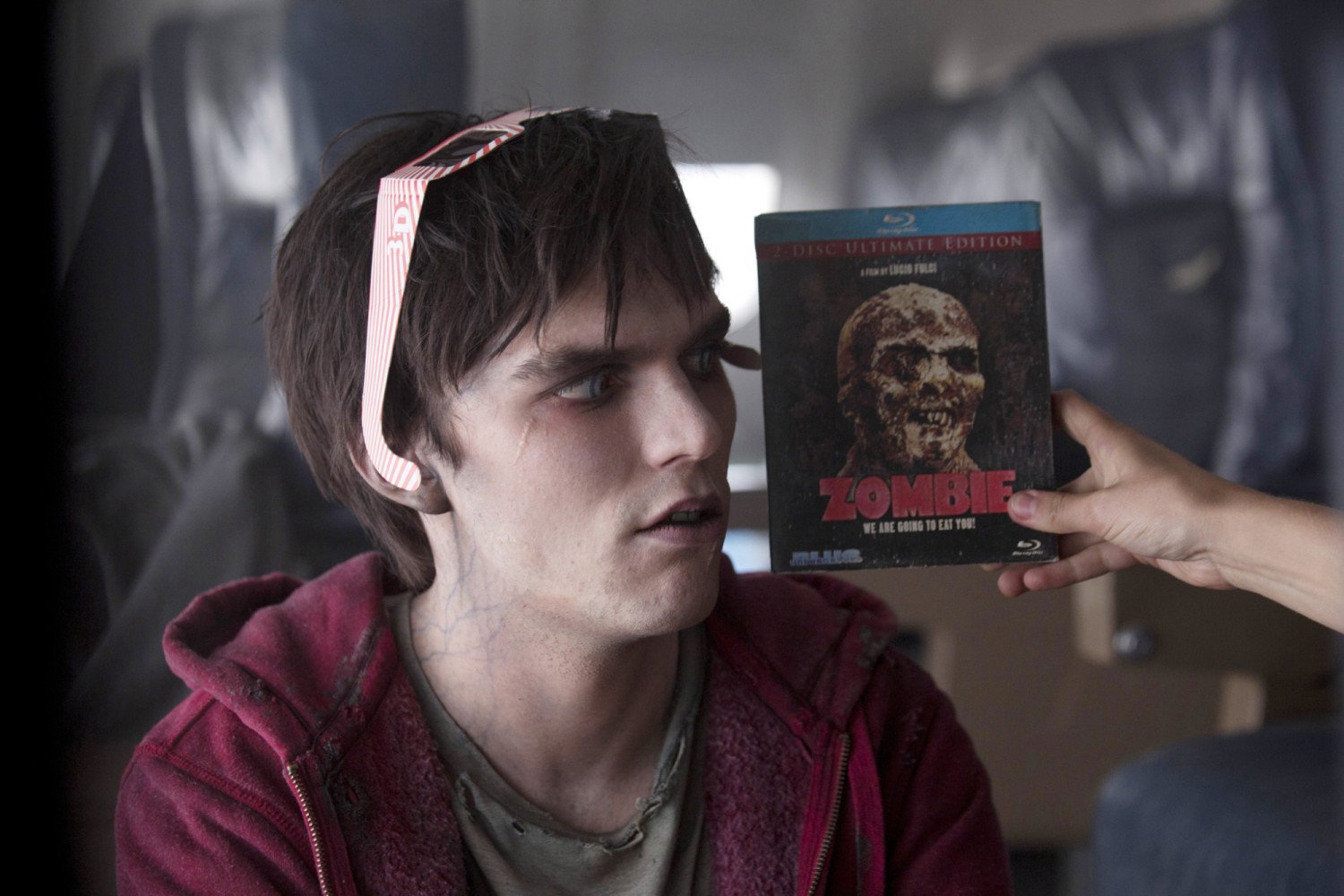 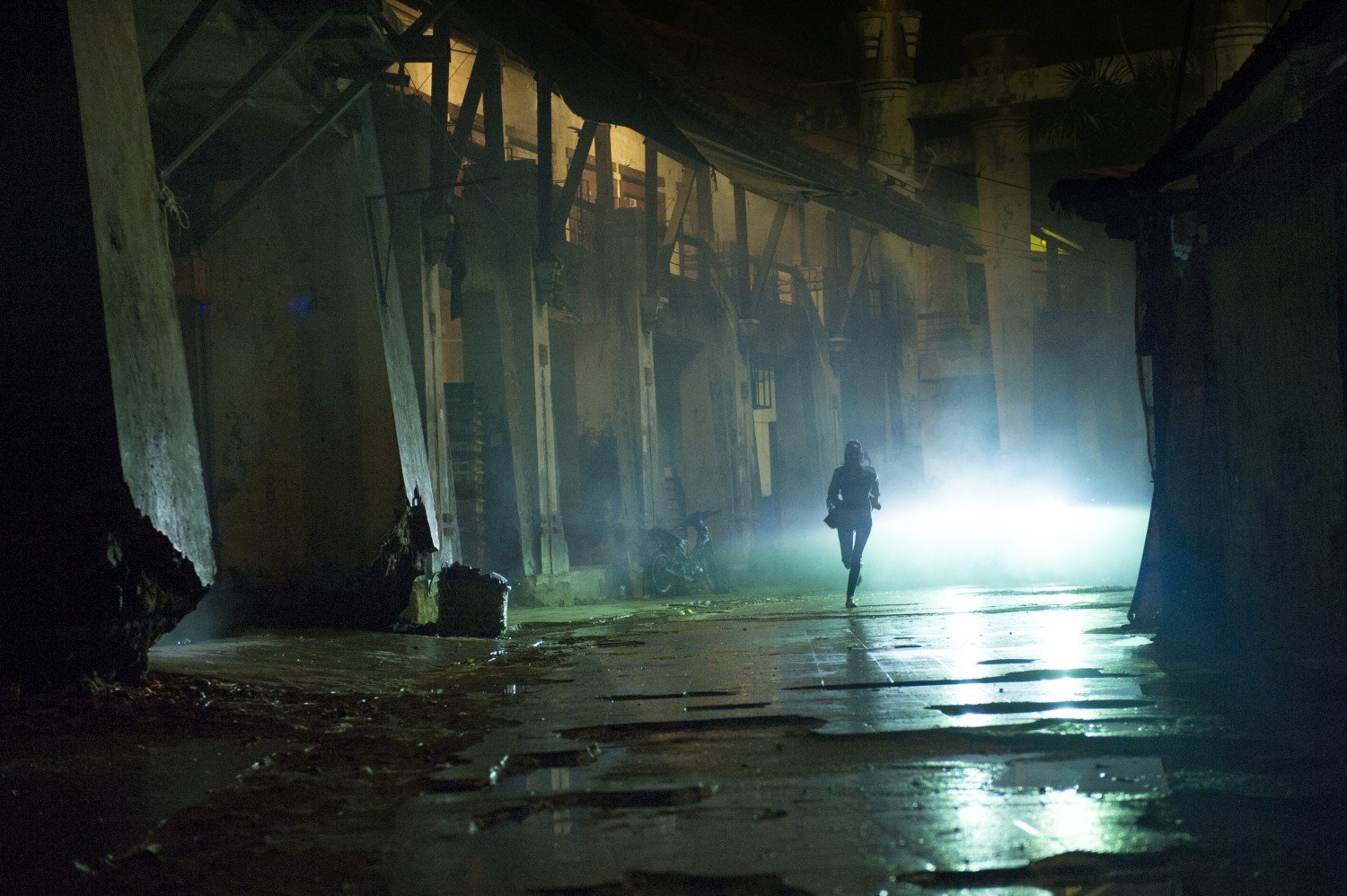