Last week’s episode of Marvel’s Agents of S.H.I.E.L.D. opened with a strange dream sequence, as Agent Skye, played by Chloe Bennet, found herself reliving her infancy. The well-known 19th century song “Daisy Bell (Bicycle Built For Two)” played in the background. It was the one clue that proved to be not subtle enough for Marvel fans.

After the dramatic aftermath of this week’s midseason finale of the show, the show’s executive producers Maurissa Tancharoen and Jed Whedon held nothing back in a chat with IGN. Basically, it confirmed Skye’s real identity, as well as set the show much deeper in the Marvel Cinematic Universe than any of us would have dared to assume.

There be spoilers for this week’s episode under the cut!

Early in the episode, Skye’s father aka The Doctor, played by Kyle McLachlan, introduces himself to her as “Cal”. Near the end, he calls her by her real name, “Daisy”. Though it didn’t develop further, executive producers Tancharoen and Whedon were only too happy to extrapolate in their talk with IGN. They confirmed what many had been predicting for at least a month – that the Marvel Cinematic Universe (MCU) had just revealed its version of Dr. Calvin Zabo aka Mister Hyde, and his daughter, Daisy Johnson.

But the bigger reveal was yet to come.

With the mention of the alien Kree in last week’s episode, it was hard not to put two and two together. In the episode’s climatic scene, the Obelisk aka the Diviner opened, revealing a sight familiar to any fan of Marvel Comics. Within the Diviner was the characteristic shape of a Terrigen Crystal, a rare mineral with the ability to alter the biology of Inhumans. In Marvel’s comic continuity, Inhumans are an ancient race of human beings that were genetically-modified by the alien Kree.

When exposed to the Crystal, Skye, Raina and Trip all became wrapped in some kind of chrysalis. Raina emerged with thorns appearing on her body. Skye seemed to gain control over the earth. Trip just disintegrated. This chrysalis is a clear reference to Terrigenesis, the process in which an Inhuman gets superpowers. In other words, Skye aka Daisy Johnson, her mother, Raina, Dr. Calvin Zabo and goodness knows who else before this season is over, are all Inhumans.

Skye’s secret identity as the MCU Daisy Johnson is described as being “true version of herself”. Tancharoen and Whedon revealed in a Marvel.com interview that they had planned it for quite some time. Raina, on the other hand, is a bit more of a mystery. Based on her name (a possible allusion to “Reina”, which means Queen) I was hoping she’d be Queen Medusa of the Inhuman Royal Family but with her unique transformation, she’s probably not going to be anyone familiar. As for that last cliffhanger, early guesses are saying that’s Reader, the lead of the new comic series Inhuman. We shall have to wait and see.

All in all, Agents of S.H.I.E.L.D. has come a very long way in the past year. This season alone, we’ve introduced Crusher Creel aka the Absorbing Man. We’ve introduced Bobbi Morse aka Mockingbird. We’ve namedropped the Kree. We’ve met Dr. Calvin Zabo and found out Skye is Daisy Johnson. Most of all, who can forget that Peggy Carter flashback scene that opened the season? For a show that was initially accused of having little to do with Marvel comics, all these impressive appearances and references definitely prove that less is more.

Marvel’s Agents of S.H.I.E.L.D. season 2 returns March 2015. In the meantime, Agent Carter will debut on January 6th, with a two hour premiere. 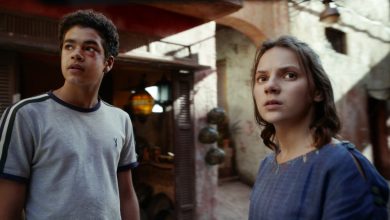 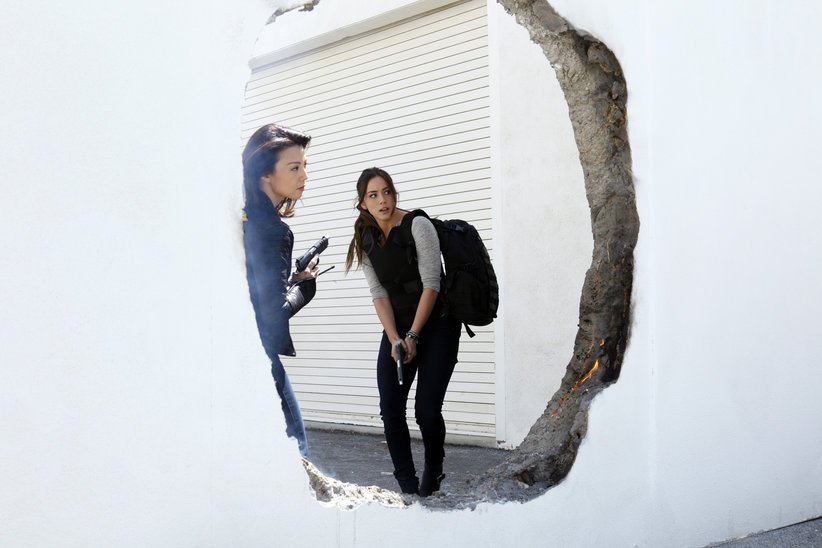