Yes, Avatar: The Last Airbender’s sequel the Legend of Korra is only due to officially air April 14th on Nickelodeon. But for some reason, the first episode was leaked online. And well, being a huge Sokka-phile (most of the characters I play in SWTOR are Avatar-centric names. My favourite is a Sith Lightning Caster called Azulah. Azula was taken T__T) I could only withstand a few days of the file sitting around gathering dust before I JUST HAD TO WATCH IT.

And my (spoiler free) verdict, 3 weeks before the official air date? It is good. I was afraid it would be some sort of drek like the M Night movie, but I suppose I should have had more faith in the creators. Animation is tight (if anything it’s improved), fight scenes are still deliciously choreographed and rooted in pugilism, characters are well fleshed out, dialogue peppy. Everything I loved in Avatar. If you’ve not watched Avatar before this is probably a good place to start (but a better place would be from the beginning).

AND COME ON. CHINESE STEAMPUNK HOW CAN YOU NOT GET ON THAT?

(Some minor spoilers under the cut. Nothing you’ve not seen if you’ve been following trailers and previews. Or if you… you know… have watched Episode One.)

Like I mentioned earlier, the biggest thing to smack me for a loop first was its Chinese Steampunk aesthetic. 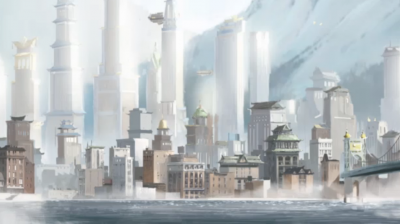 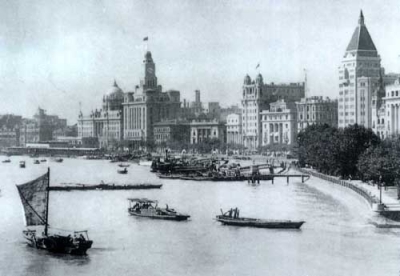 I say Chinese (or I suppose possibly Japanese too) Steampunk because while The Last Airbender (and most of this world) draws its influence from Asian and Inuit (and possibly more) cultures, Republic City, which is where Korra will be running around, looks just like Shanghai during the mid-1800s. With STEAMPUNK. And BENDING. Indeed, the one thing that I kept on thinking about throughout the episode was how closely some parts of Republic City reminded me of those Wong Fei Hong movies (Or Once Upon a Time in China. I’m not sure what I should call them) during the Opium War, Industrial and Cultural Revolution. Heck, search for ‘Shanghai Industrial Revolution’ in google images and Korra is on the first page. And the fight scenes are probably as well choreographed as any wugong/wuxia movie.

Not to say that Korra doesn’t have its own aesthetic. The southern water tribes still look quite traditional, and the police station doors have chinese influences but spin it all sci-fi minority report style (you’ll see why in the episode). In fact, character designs (and in general the art style) actually feels like it’s matured. Korra seems to spend more time around teenagers and middle-aged adults than the pre-teens we saw in the Last Airbender. I like it, and we’ll have to see if that continues in later episodes. 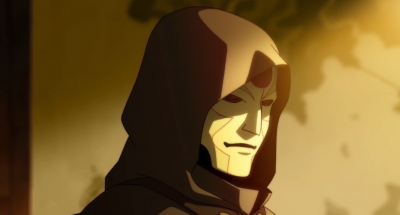 In the same vein, the creators take their inspirations and give them an original, ‘bender’ twist. The Equalists (our antagonists for this series) wants the non-benders to rise up against the benders, a remarkable (and frankly understandable and organic) reimagination of the cultural revolution that gave us communist China. We can only hope that Republic City doesn’t go down that path.

Korra herself is very different from Aang. Already a master of 3 elements, she is on her way to start her training in Air bending, but she’s totally out of her depth when it comes to the balance and peace-keeping aspects that came naturally to Aang. Actually, I think she’s a bit of a combat munchkin, more than happy to answer with her fists than with her words.

There is so much more I want to say. That animation is smooth, faces and emotions brilliant. That the dialoge is smart and funny. That (just like the Promise) we have a few (amusing and yet annoying) references to unresolved plots in the original series, as well as silly one-liners. That I LOVE IT AND YOU MUST WATCH IT. But I have to go sleep now.

Avatar: The Legend of Korra debuts April 14th. But it and The Last Airbender are probably one of the smartest, deepest ‘kids’ cartoons I have ever seen.