Well, that’s it. San Diego Comic Con 2011 is over. It’s ironic, but having gone to SDCC 2010 didn’t scratch our itch for Comic-Con. If anything our inaugural pilgrimmage has made us ever more aware of all the awesomeness that happens in San Diego every year, and we would LOVE to return to the Hallowed Halls of Hall H… one day. Until then though, we can peruse the interwebs, look at all the amazing stuff and pine for the stuff we missed. And here’s the top 5 things that we would’ve given our left kidney to see.

While the Avengers didn’t have a panel in this year’s comiccon, we still had a whole slew of stuff to keep us interested till the movie debuts in 2012. Joss Whedon was still on hand to answer some Avengers related questions at his panel, and fans could check out some of the props and costumes from the movie. Best thing though were the posters that were released during SDCC, showing the might of an avengers team assembled. I love the new characters, especially Cobie Smulders (of How I Met Your Mother fame) rocking that short Maria Hill haircut, and the fact that Agent Coulson is still getting his time in the sun.

Be sure to check out Michael Moran and Bleeding Cool for a blow up of the combined poster shot.

First up, the Fringe panel showing a spoof roll of all the people auditioning for Peter Bishop’s roll was hilarious. But the shot to the arm was the last few seconds of the clip, with Joshua Jackson (the real Peter Bishop) showing up in the clip (and subsequently in the panel) as an observer. Could this be a clue as to what will be happening in season 4 of Fringe? All this and more happened in the Fringe panel, and September 23rd (US time for all you global sillies) is the date we all find out.

The Americans have been a bit late to the Doctor Who party (then again who am I to judge, I’ve only been a fan since the Eccleston era), but they definitely make it up with over the top enthusiasm. 🙂 Matt Smith, Karen Gillan and Steven Moffat received a rockstar welcome in SDCC, and they seem to be loving it. There’s a lot more timey wimey Doctor stuff that happened in the panel, and some stuff that happened out of the panel (like the fact that Amy Pond will be returning for another season). Oh, and a short for one of the episodes that’s coming up soon.

2) Avatar: The Legend of Korra 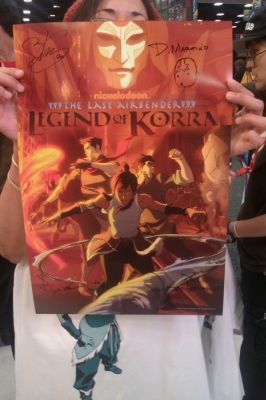 I loved (and still love) Avatar: The Last Airbender, and I’ve been on the edge of my seat ever since they announced that they would be making a sequel (of sorts) in Avatar: The Legend of Korra. Kind of like ‘Avatar the Next Generation’, we see a return of everything I loved in the original series (and everything the movie strangely forgot); strong multidimensional characters, an exotic and ethnic setting that isn’t just a cultural stereotype, amazing fantasy/science steampunk aesthetics, and the best animated martial arts (and bending) that I have ever seen.

The fact that Josh Middleton is joining the Avatar team (we’re fans) is icing on the cake. We just need to know how he’s contributing to the series. 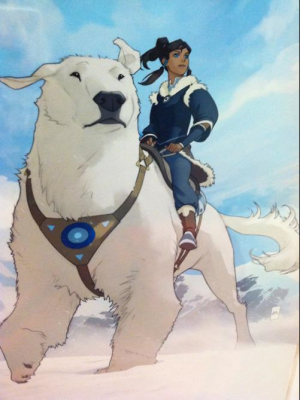 Avatar returns in fall 2012, and you can check out all the extra details in their Comiccon panel here.

Probably the biggest thing to happen for us this SDCC. We’re all fans of Spiderman, and Sam Raimi did a pretty bang up job in the previous 3 Spidey movies. So when we heard that there would be a reboot, as geeks we were naturally a little bit wary about the situation. And Andrew Garfield with his twilight-esque hair and kinda emo slant of the trailer didn’t help it much.

But then the most amazing thing happened in Hall H during the Amazing Spiderman Panel.

This is one of the greatest surprises and turn of events I’ve ever seen in Hall H. I hear that Andrew Garfield is really a geek and fanboy at heart (he’s previously gushed too), and I really want it to be true. To be a fan of something, and then be able to contribute to that universe and mythos is something really special, and something that I hope will be ultimately successful. At first we were a bit wary of the new Spidey movie, but now… hopefully all the chips will land in the right place and we’ll have a rockem sockem new Spidey movie. 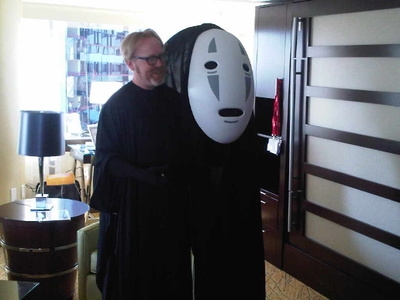 It’s a bit of a cop out to throw this in here, but I really wanted to talk about one of those small things that make SDCC so magical. Every SDCC, Adam Savage (from mythbusters) likes to walk around totally covered up and getting people to find him. It’s like a huge nerdy where’s wally. This year he was No Face from Spirited Away (and his previous Hellboy costume was just INSANE), but this is merely a drop in the ocean in San Diego Comic Con. SDCC is the place where you get to meet the people you love and see them do the things they love. And that’s what makes it the most magical place to be.