In this week’s Workshop Wednesday we look at a Cryx Summoning Circle I did for Privateer Press’ terrain contest. I didn’t place, but I have to admit that it was still a fun piece of terrain to make (even if it wasn’t very troll waystoney). Plus, I wanted to break in my hot wire foam cutter. 😀 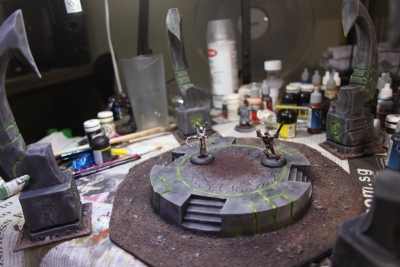 As you can see, it’s an elevated stone circle together with some neighbouring stone pillars. I did it this way because as the usual tourney organizer in the area, I wanted it to be useful, and not just visual awesomeness. If you notice the circular piece is 12″ in diameter, which is perfect for some of the Steamroller 2011 scenarios. The main piece is also relatively flat (just elevated terrain in the middle piece, which means that it’s not difficult for people to fight over. Lastly, its accompanying pillars are in seperate pieces so I can use them as a seperate terrain feature if I ever want a little bit of variation. 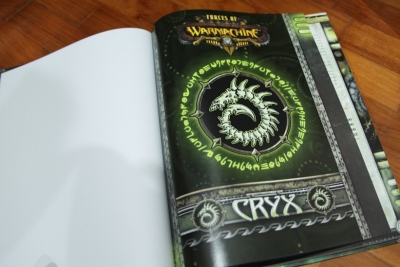 I started with a bit of a reference: I wanted some sort of pointy pillar ruins so I checked out the Orgoth ruins in Apotheosis. I also got a huge Cryx logo to copy. 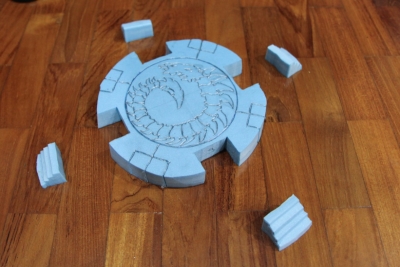 The main circle was cut out with the hot wire cutter, then the piece that would be the stairs cut out, before carving the stairs in. The cryx logo was also copied by eye, then the impression carved in using a blunt pencil. 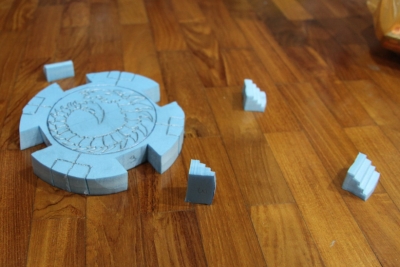 I also numbered the stairs so that I knew which one went into which slot. 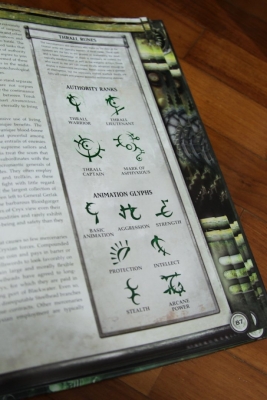 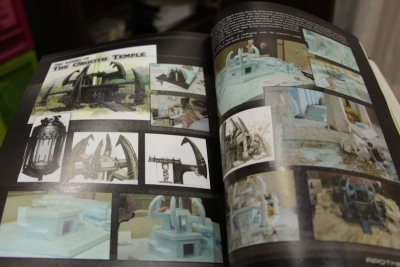 The pillars also had Cryx runes, copied from the Cryx faction book. The pillars were designed to be roughly similar to the Orgoth temple prongs, hence the Apotheosis reference.. I then cut out a stencil and traced the stencil on 4 pieces of insulation foam before cutting those out as well. 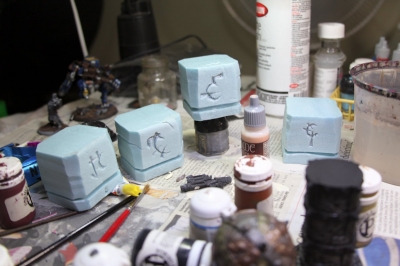 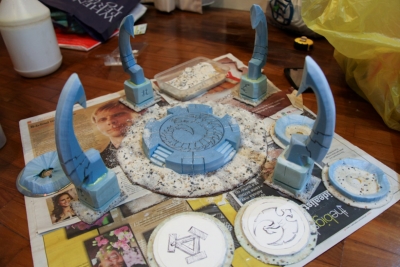 You’ll notice that the bottom part is made from a 2-inch piece of foam, while the thinner piece is made from a 1-inch. This is purely for ease of carving.

After that was done I felt as if the tapered end of the foam pillars felt a bit too delicate (it tapers to a point and was already losing integrity), so I hardened it by putting a thin layer of wall putty on top of it. It doesn’t strengthen the integrity but does protect the piece from mild knocking. (I’ll probably still have to store the pillars seperately though). 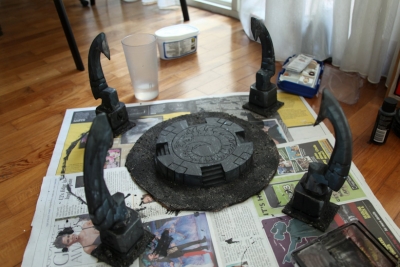 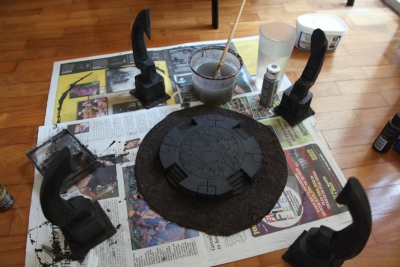 After the glueing, sanding and general construction was done, I proceeded to prime it with a mix of black paint and white glue, basecoating grey and brown… 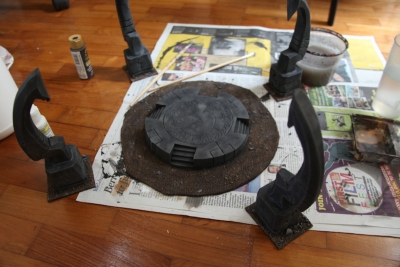 Before drybrushing up the stone and soil with lighter shades of grey and brown respectively. 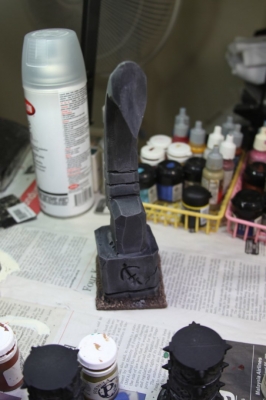 The runes were also carved in with a pencil (a lot messier than the Cryx logo unfortunately). 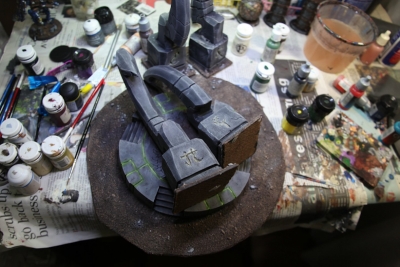 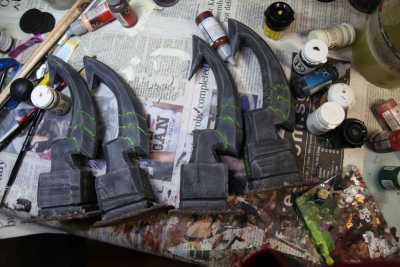 And then the indentations painted in with green to look like it’s glowing. 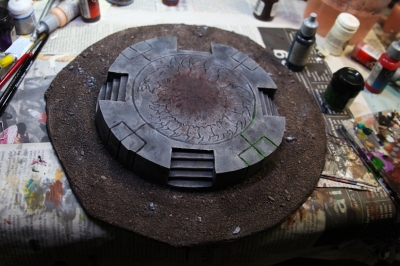 Because I figure that bodies would be ritually sacrificed in order to summon Banes and the like, the middle of the Cryx logo was also totally gunked up with ‘blood’ in the form of red, black and brown ink. For additional icky factor I mixed in some snow flock with red, brown and black ink, as well as some glue and liberally applied it everywhere. 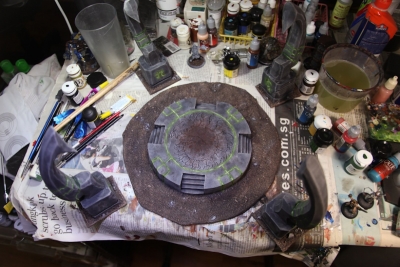 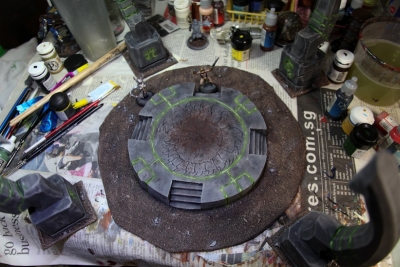 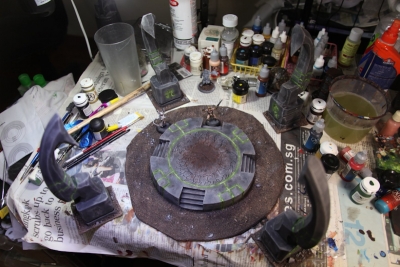 And that’s it! It will see its first use in my next Steamroller tourney