I’ve been experimenting with airbrushes for the past few weeks/months (as evidenced by last week’s workshop wednesday), and I have to say that it’s really sped things up. But other than the stock ‘spray a basic basecoat really quickly’, I haven’t really been able to increase my repertoire. Which is why from now on I’ll be practicing various techniques with the airbrush (be it trying to paint faster, better, or just using new methods).

A very interesting method I learnt of a while back is ‘salt weathering’, and I’ve really wanted to try this for a very long time. Much more experienced parties can demonstrate it a lot better than I can, but what I did is closer to Massive Voodoo’s (the first link), and relatively easy to follow. 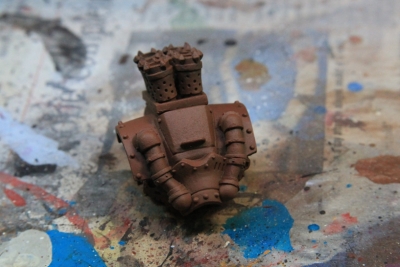 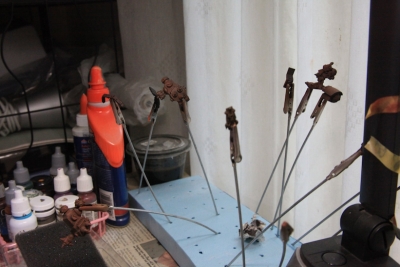 First I sprayed varying shades of brown over the entire model (rust isn’t uniform after all). I left my models in multiple parts for two reasons: first, it allows the spray to go into all the weird spots as needed, and secondly, if I want alternate colours, it’s a lot easier to spray a seperate part than to mask it. 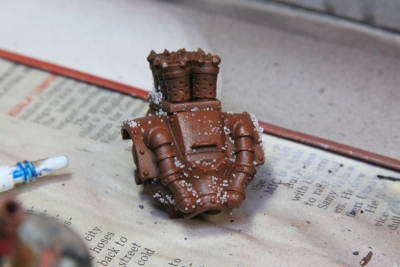 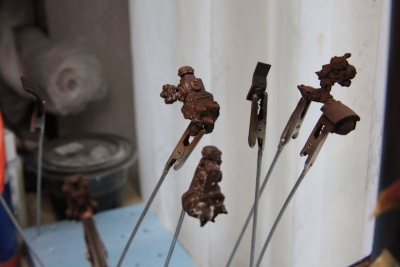 Then, I give the parts I want to have rust a generous coat of hairspray, and it it with salt before it dries. The hairspray holds onto the salt just enough that it won’t blow off during subsequent airbrush steps (well some do), but weak enough that you can brush/pick it off with a crappy brush or a similar tool. Over here you can see I only put a few spots of salt- on hindsight I should’ve spammed salt a lot more; it doesn’t look that noticeable right now. Secondly, I’ve heard that sea salt crystals are more coarse/non-uniform and provide a better medium for weathering. I’ll have to try that once I actually GET sea salt. 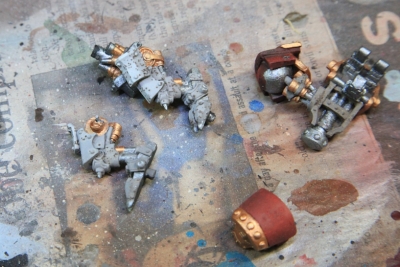 I forgot the inbetween shots (as usual) but this is essentially after the additional coats have been airbrushed. I also used the airbrush to provide me with my highlights, and the red in the middle was airbrushed on (after a LOT of modelling masking tape was applied). As mentioned, I just brushed the salt off afterwards with a loose brush, and then cleaned up and painted in the metals. 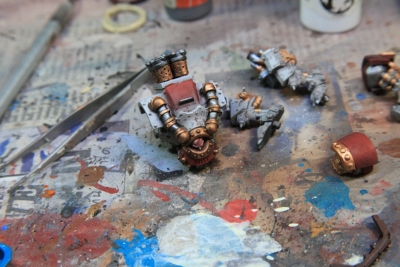 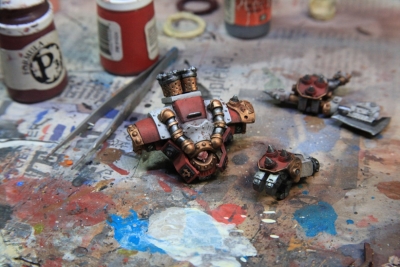 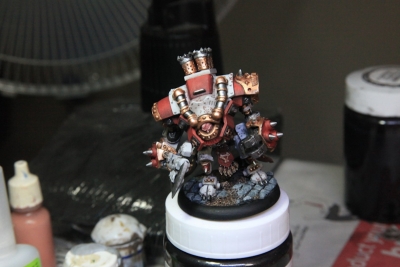 Voila! Unfortunatey, I also realised that with the red of most traditional Khador schemes, an orange rust doesn’t show up very well. That means either I have to use this method on non-red models, or change my rust colour. I’ll probably be experimenting with this in the future.

And the final pictures of Karchev. Hope this was as much of a learning experience for you as it was for me! And do drop a comment if you like anything, or have any questions. See you next Wednesday! 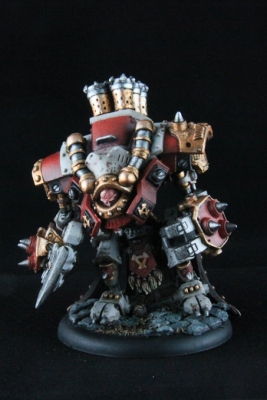 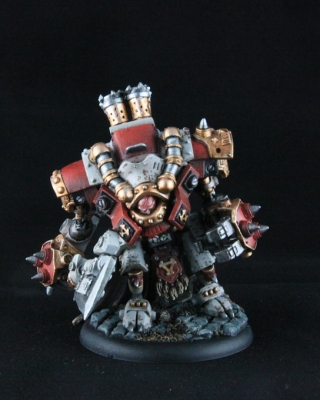 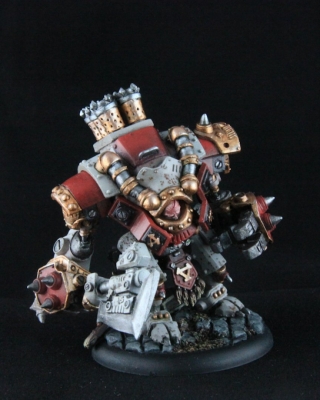 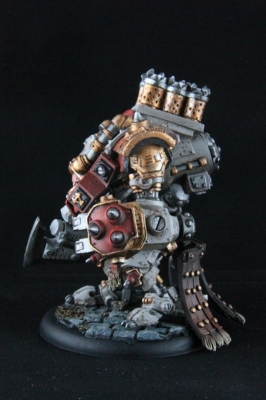 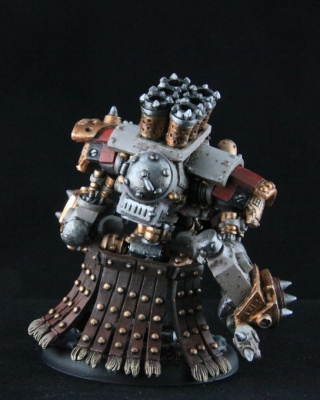 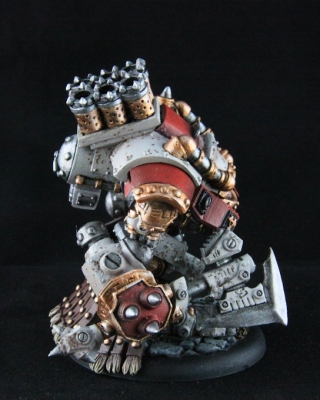