Privateer Press has been running its shattered league for quite a few seasons now, and Windless Wastes is no exception. Running from February 7 to March 6, the league is a reason for fans of Warmachine and Hordes to throw dice and throw down. 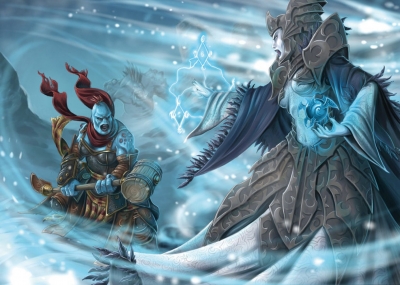 With stamps denoting your various accomplishments, and points that go to winning territories for your faction, the league is also a way to get people to have a feel for all aspects of the hobby. For example, players get stamps for painting new models, introducing new people to the game, and taking part in painting/modeling events.

PP seems to have taken this ‘play a bit differently’ to a new level during this cold and piratical season. Not only do players still have bonuses based on their territories, but now some bonuses and weather are able to affect terrain! The cold snap bonus will probably be a bane to pathfinder armies in general and the Blindwater Congregation in particular, with the loss of concealment in forests, and turning all water into ice. No more easy places for Warjacks to die in! The ‘snow drift’ weather effect will also serve to stymie non-pathfinder armies, with all hills turning into rough terrain for the duration of that battle.

More importantly, scenarios and leagues are now a LOT more flexible. There’s no more hard and fast ‘finale event’. Instead, they can be in whatever shape or form that the tournament organizer decides. This gives us the option to individually tailor the event to the needs of the LGS. Scenarios are equally changed and tweaked. We have your usual ‘King of the Hill’ scenario, but if need be you can substitute forests, water, or ruins, based on need or the terrain available at the store.

Like any other league, a medal goes to the person who’s won the most games during the few weeks, but considering participation patches are given to all those who join the league, I’ve found that most people join the league just for the fun of playing. Which should be the way. 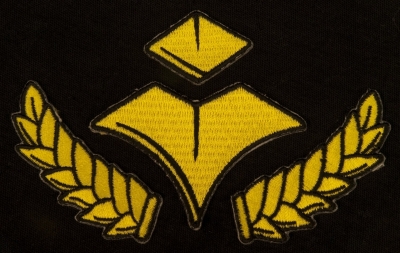 Next we’ll talk about some of the season models for Windless Wastes. Warmachine and Hordes Nights are at Paradigm Infinitum every Friday (barring public holidays), from about 7pm till store closing. Anyone interested is welcome to come down and have a look or try out the game; there will be people willing to show you the game, especially during the league. 😉

Vayl and Grissel by Florian Stitz.