This week we’ll be talking about making terrain. Real quick. Stupid quick. In fact, I got all of these done in less than a day. 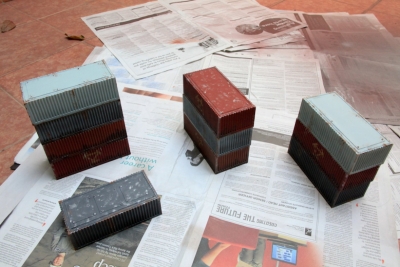 The wonder of found items! 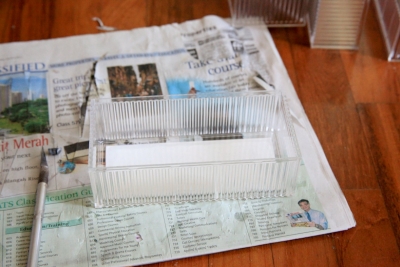 Someone showed me where to get these containers with the ridged surfaces. I think that they’re supposed to be like stationary containers, but when you turn them over, they look almost exactly like shipping containers. If you can’t find something like that, any plastic box will probably do, as long as they’re stackable. 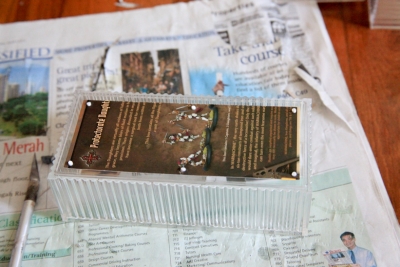 I inverted the box, and stuck cardboard over the bottom, as well as some plastic tubing cut to make rivets. This was to lend a little bit of detail, as well as to block out the weird copyright and other text on the bottom of the container. 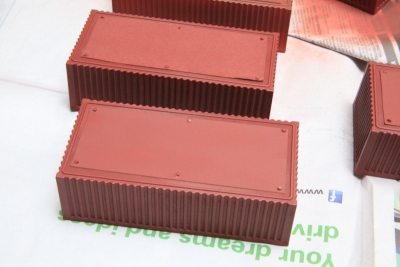 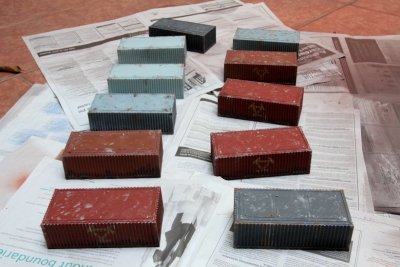 Followed by another spray of different colours. I ended up just using all the random cans of paint I had lying around. I also sponged rust (bestial brown) and paint chips (chainmail) onto the containers, washed some down with badab black, and for shits and giggles painted the Khador insignia on some of the containers.

I literally did like 10 in less than a day. It was that easy. And it makes for great terrain!