This weekend marks the start of Armies on Parade 2017 with the Age of Sigmar event, and while there should definitely be some pretty pictures soon, I wanted to talk a little bit about what got me inspired for my own entry, which should be debuting in slightly more than a week’s time. 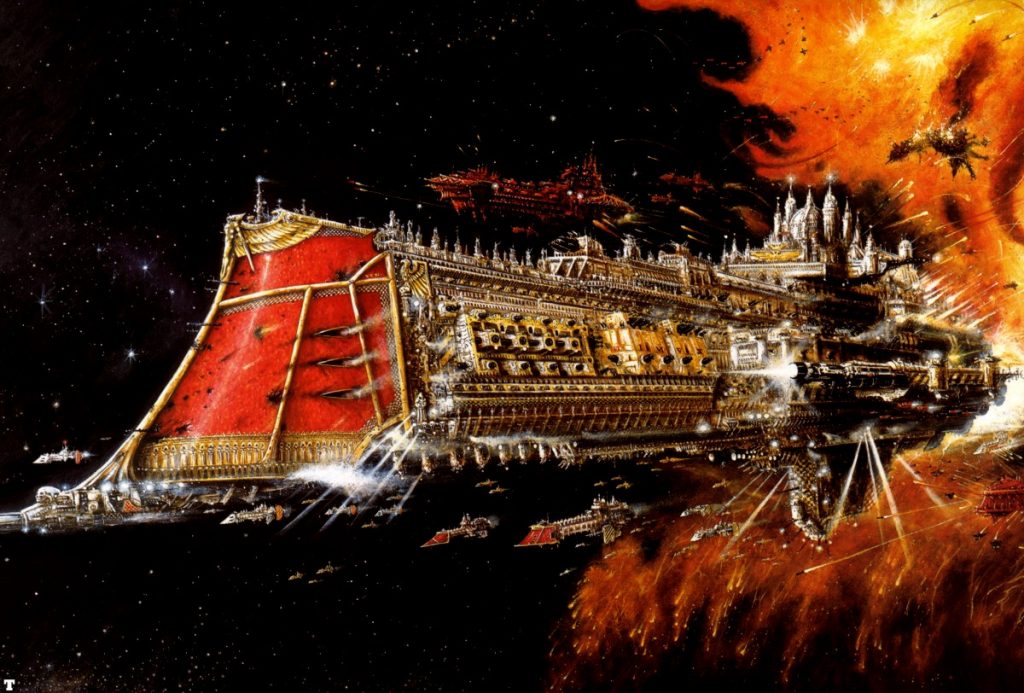 For the longest time, I didn’t care for the Gothic Sci-Fi aesthetic for Warhammer 40k. I grew up with Star Trek, Star Wars and Mass Effect; technology was supposed to be practical and understandable. 40k stood in stark contrast to that; what they knew about technology was buried under religion and mysticism. The ships from Star Trek and Star Wars were sleek and hi-tech. The ships in 40k were brutal and baroque, more cathedral than space-going vessel. 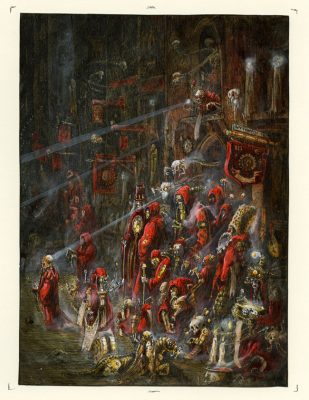 It was the same with their art. When I saw the 40k art, it seemed like such crude renditions compared to the posters by Drew Struzan or any of the concepts from Mass Effect or Star Trek. They could do grim and real without the ‘over-the-top’ use of skulls and other ‘metal’ iconography. It just didn’t make sense to me, or resonate with my idea of a better future.

Then I read Alistair Reynolds.

Alistair Reynolds’ Revelation Space series is probably the most recent Sci-Fi universe that resonated with me. In all the other universes I mentioned, be they bright and cheery or grim and gritty, the heroes have always had a profound effect on the world. Perhaps the most obvious example would be commander Shepard. From the sleek minimalism of the Citadel to the horrific interiors of the Reapers and Collectors, a mere mortal has always been able to change the course of history. Same goes for Star Wars or Star Trek. Look at Picard, or Kenobi for example. That’s the ‘noble’ in noblebright: individual people being able to affect the course of history. 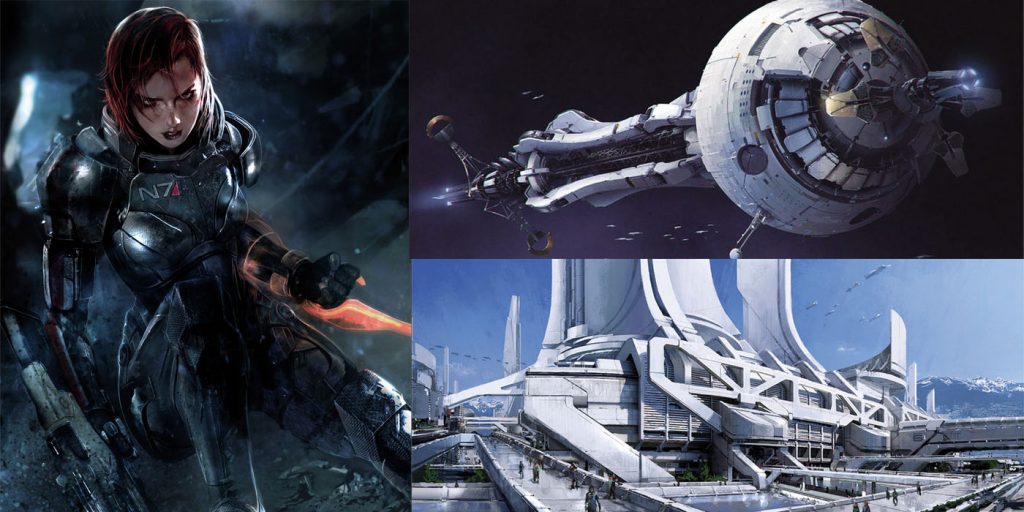 Revelation Space was the direct opposite. Yes, the protagonists (stretching the term here) could perhaps affect change to a limited degree, but the universe was a largely uncaring, ineffable place. Events that happened in one star system could take generations to ripple to surrounding areas, if at all.

Any sufficiently advanced technology is indistinguishable from magic

This was also reflected in their tech. As mentioned, I always thought technology was supposed to raise humanity up, allow more to be understood. I mean, I’ve known about Arthur C Clarke’s quote long before Revelation Space, but I used to see it more as an element of wonder. It’s only when I read Revelation Space that it finally sunk into me, how his quote could be construed negatively, as superstition or something to be feared, rather than to be embraced.

I mean, how many people in our current day and age actually knows how any of the technology that surrounds them works? I consider myself more informed than most, but even I would be hard pressed to explain how Wi-Fi works, let alone build or repair any part of the system, short of ‘turning it off and on again’. It really isn’t a stretch to imagine that if you fast forward technology, you could just as easily have barbarians and primitives occupying the same planet as beings who could conceivably harness the power of suns, or communicate through the air, beings who would either be considered witches to be burnt, or gods to be worshiped.

Similarly, we take relatively less time to manufacture, with craftsmen giving way to 3d-printing. It’s entirely possible that something heavily ornate could be just as easily manufactured as a sheet of steel. So why not the heavily ornate? If the beautiful ‘real’ paintings could just as easily be created by a camera and your instafilters, would painters and artists move towards something else that could incite a feeling within the viewer? 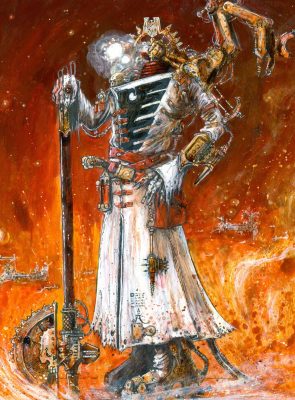 Artists like John Blanche now resonate with me; I can see how technology could be married with superstition and mysticism. I see why a ship or machine would be decorated like a cathedral or shrine. I can see how a melding of technology and humanity could be both monstrous as well as ineffable. And while it is true that the gothic art of 40k may not follow the universally prescribed rules of anatomy or perspective, there’s a difference being too uneducated to follow those rules, and being able to but choosing to forgo the rules in order to say something else.

And that’s where we come full circle back to 40k and Grimdark. Blanchitsu, something that I used to not care for, has enamored me for the past few years. It’s the same reason why I decided to start an Adeptus Mechanicus army, one of the factions in Warhammer 40k that combines technology with reverence. However, I still think that technology should be learnt and grow, which is why my army isn’t the standard Ad Mech army, where technology is largely static, but the heretek Dark Mechanicus, who still innovate, even if their innovations tend to include the worship of demons and blood sacrifice. Plus, the reason why I stayed with 40k was because of kitbashing and conversions, so why paint stock models when you can make something your own?

Fortunately, there’s a huge range of websites to draw from when it comes to Adeptus Mechanicus, Dark Mechanicus and Blanchitsu. Tune in next week when I show you some of my inspirational models. 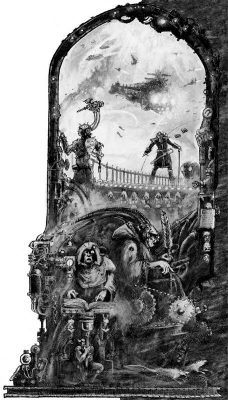