It’s been a while since I actually GOT the Stormwall, but some thigns kept me away from it, including time as well as having some issues with its Battlefoam trays. But it’s the holidays and holidays equals more painting time, so here goes the next bit: basing and the lightning pods. 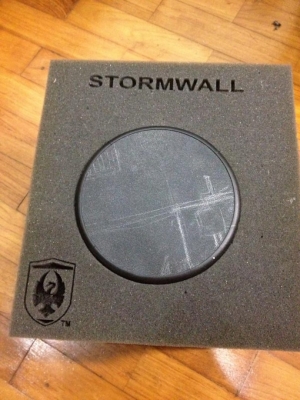 My Stormwall is in the same tech-driven lightning powered army as the Storm Strider and Stormclad, so natually it needed to be painted and based the same way. At first I had sketched out how I wanted the base to be like, but I ended up freestyling the base. Unlike the stormstrider though it needed to be flat because I didn’t want to worry about modding the Stormwall’s legs to stand on different heights, but the general ingredients were largely the same; instamold bricks, carboard for sheet metal, and rivets. 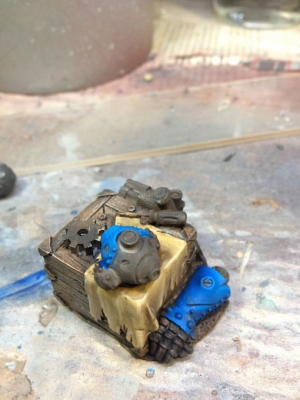 I also got a bit more interest on the base with one resin objective from privateer press, as well as an insert for another Cygnaran model (something I haven’t painted yet). 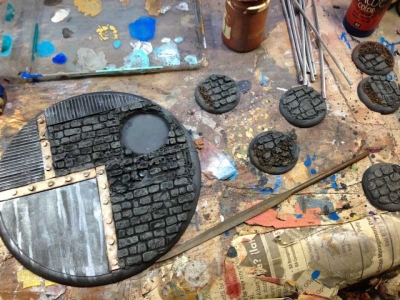 The bases were all airbrushed grey before having washes thrown on them both to shade as well as to weather (rust, grime and general detritus). I also painted the metal sheets a dark gunmetal before streaking the metal with brighter silver to establish a bit of a brushed metal effect. 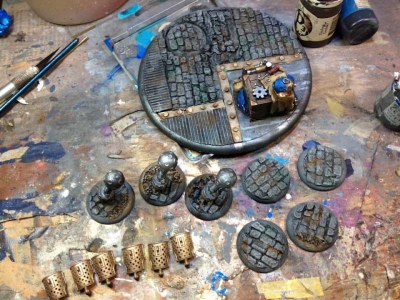 The lightning pods on the other hand were airbrushed gunmetal as well as bronze. 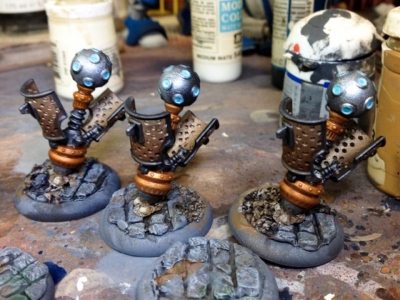 A quick bloacking in of the gold/bronze, followed by washing in the shadows and picking up the highlights, and lastly painting in the lightning coils and… done! 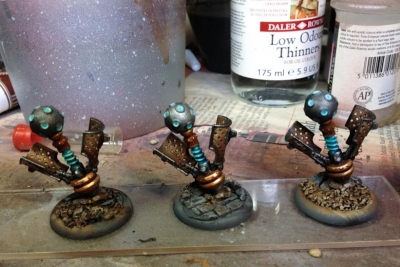