Last week I showed the construction of most of the terrain pieces for my AOP. This week will be a short one as I get it painted. 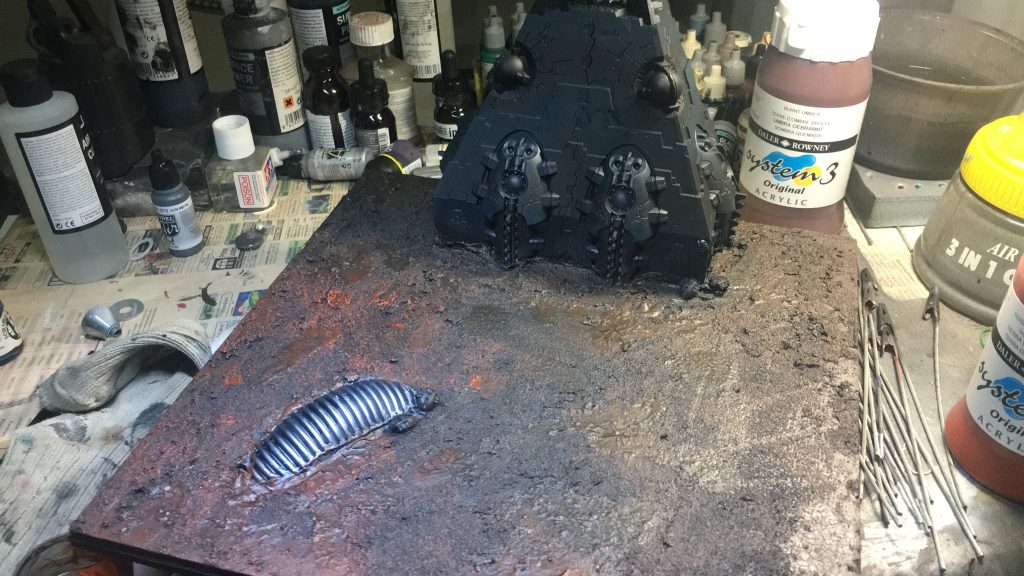 The ground has lot of texture, so the easiest way to paint would be to drybrush. The ground has about five colours, as follows: scorched brown -> mid tone red brown -> orange -> light yellow earth -> bone. I used normal craft paints for the brown to orange colours; they’re cheaper for the volume (the lighter colours were lightly drybrushed so it didn’t make sense for me to purchase additional bottles when the GW/P3 colours I had were sufficient. 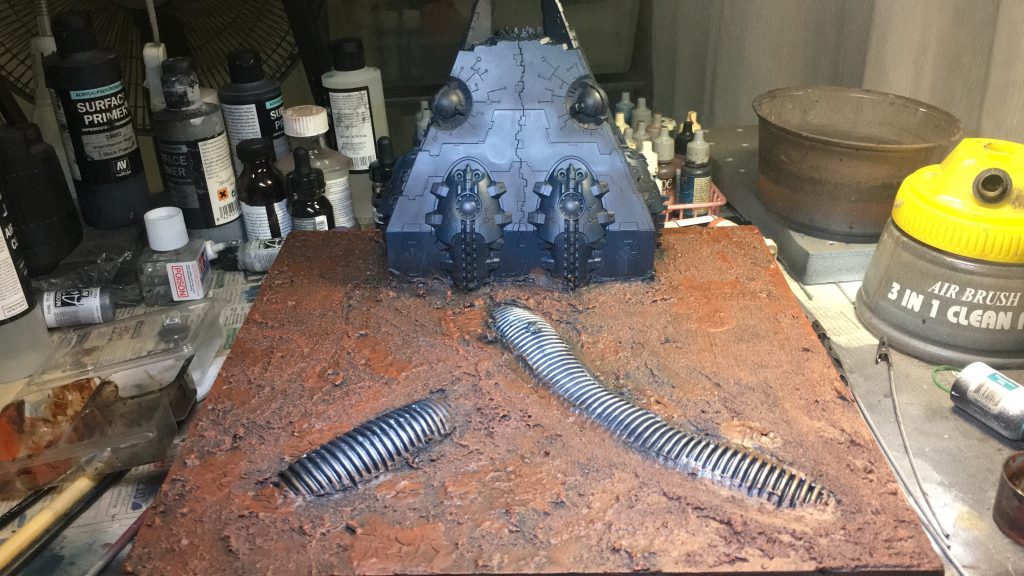 I added a few light drybrushes of other colours around the terrain to vary colour somewhat. It’s not very noticeable but I think the colour variation lends a bit more interest to the board. I used colours like khemri brown, dheneb stone, even some very light whites and neutral browns. 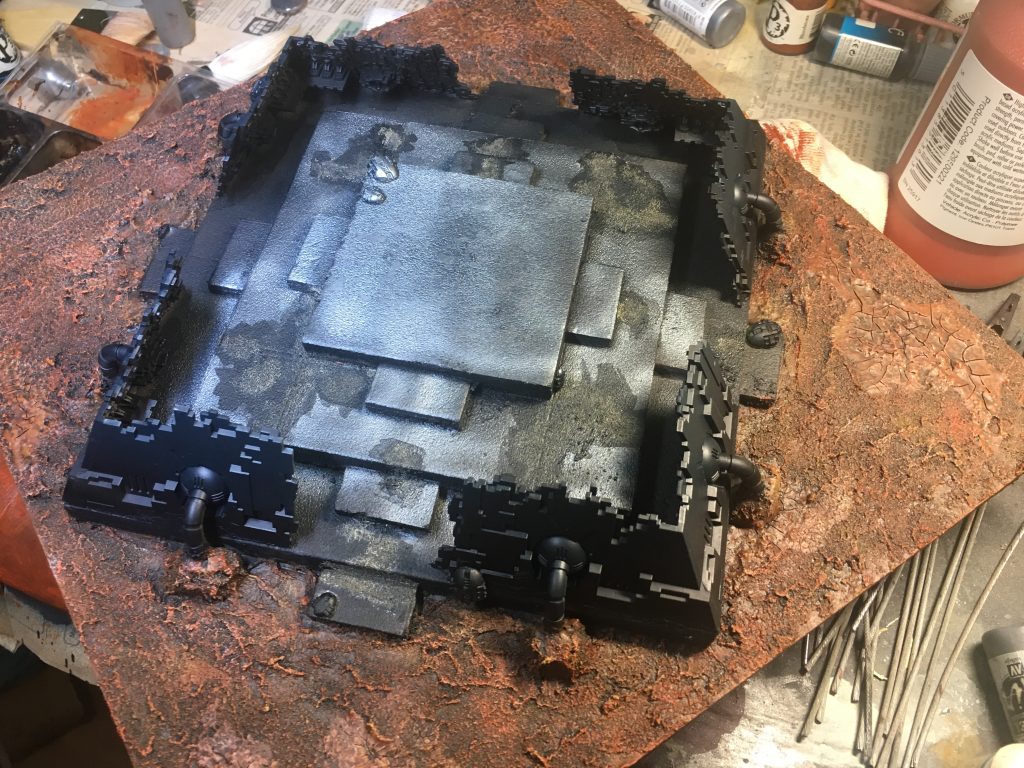 The necron structures were left primer brown, but I also airbrushed some highlights on there. My favourite colour for soft black highlights is still P3’s Coal Black. The metal parts were a combination of drybrush and airbrush. 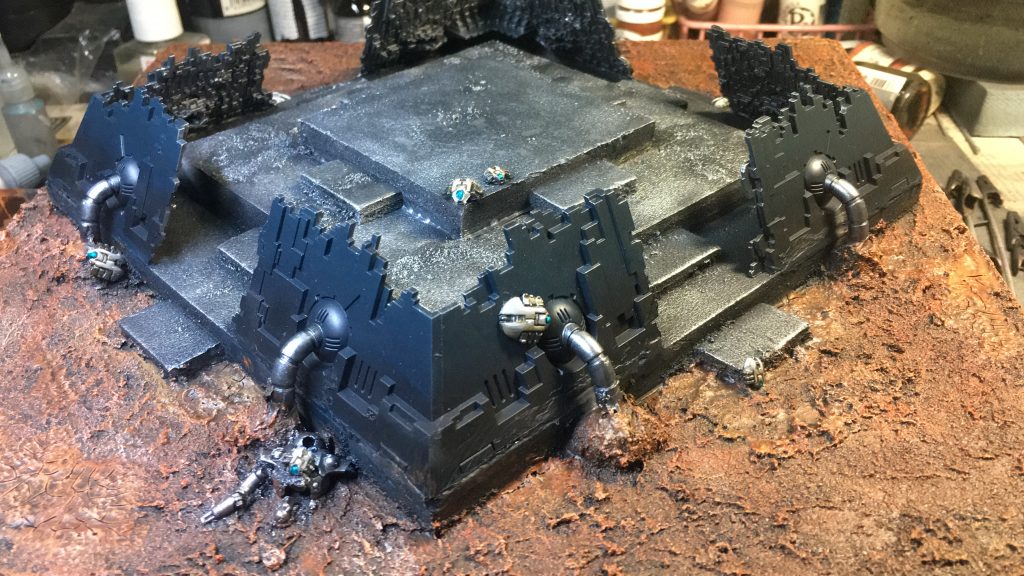 I then painted the Scarabs white, both because my Dark Mech is white and as contrast to the black of the Necron structures. 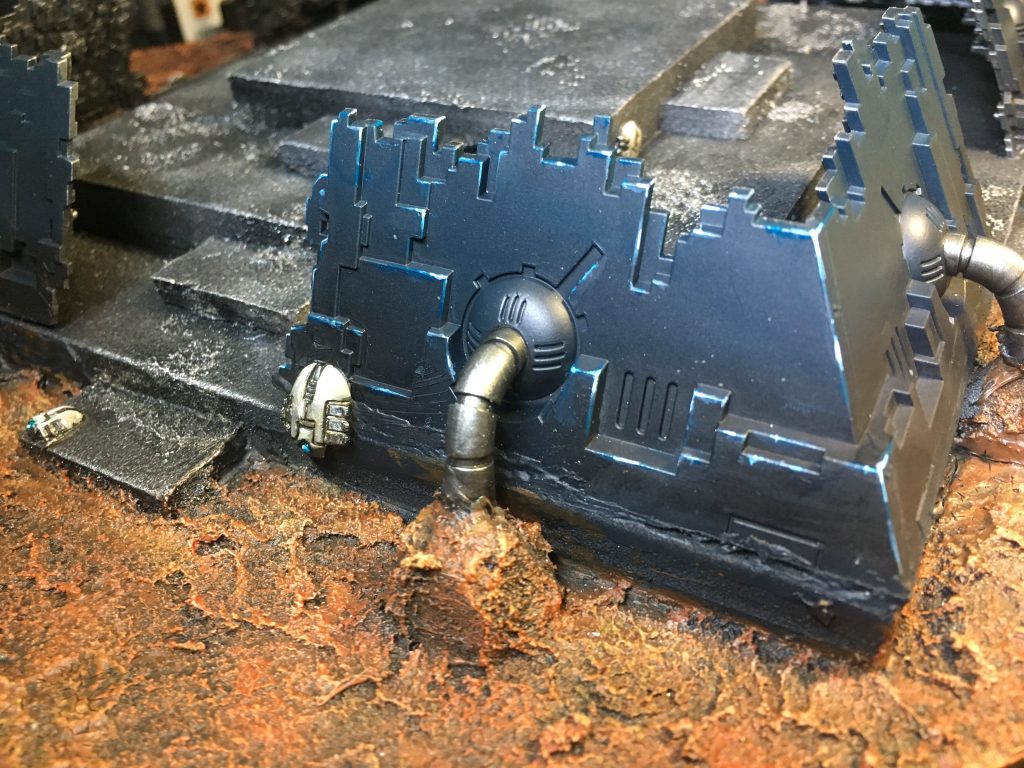 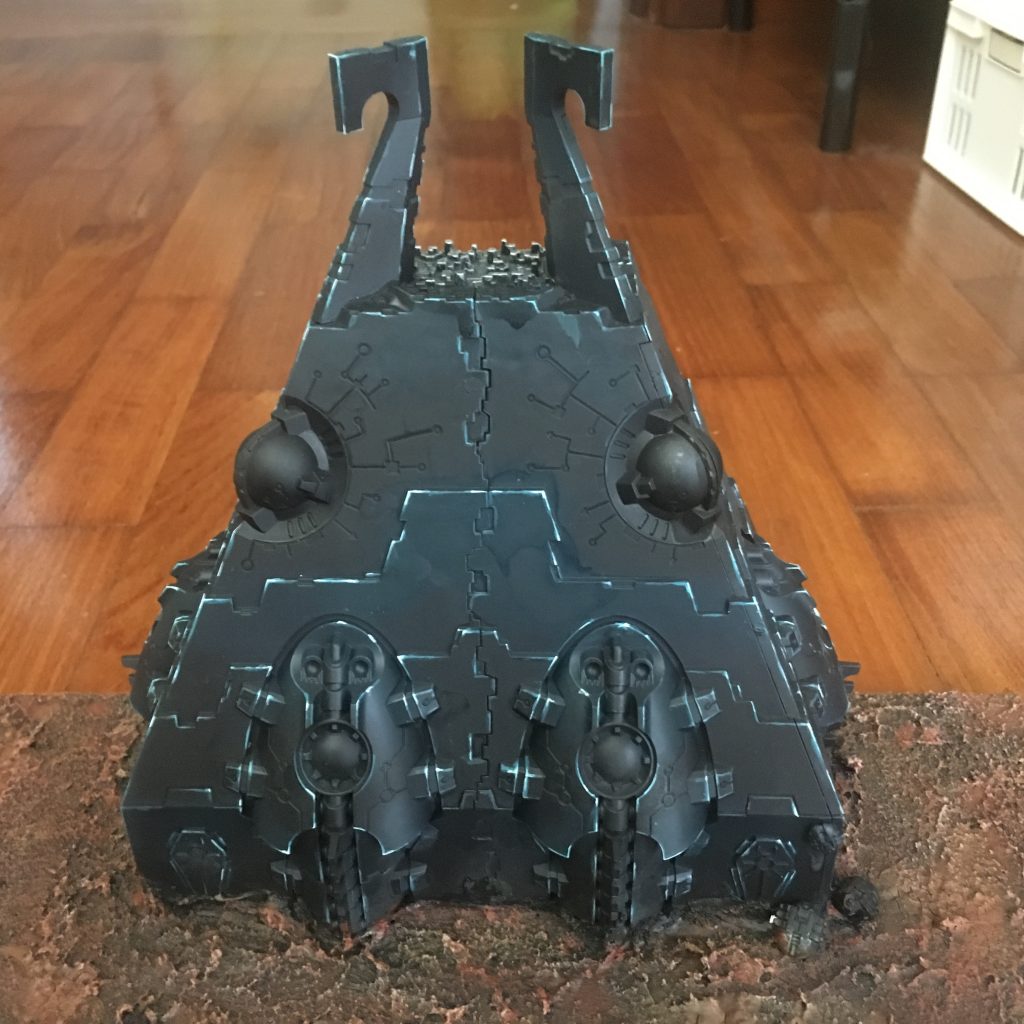 I then did more edge-highlighting of the black with turquoise -> cyan -> white. I wanted a large contrast to the shine, which is why I went from black all the way to white for the spot high lights. Then some weathering and; done! 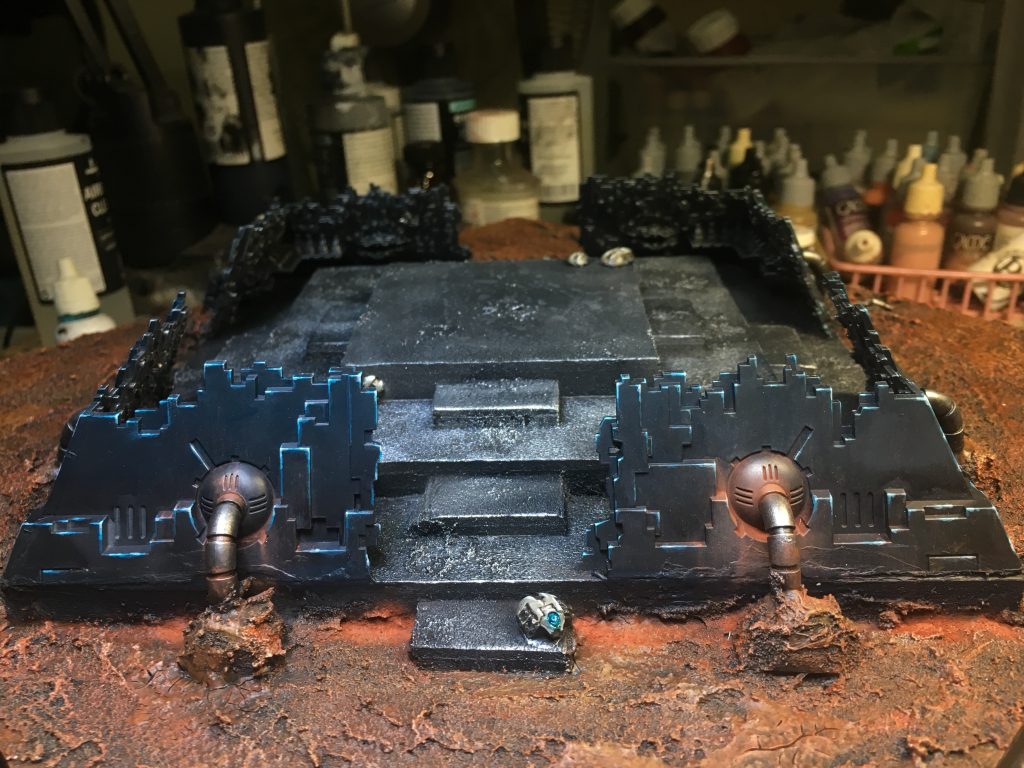 Hope you guys like it, stay tuned to the next few weeks for the final parts of the terrain! 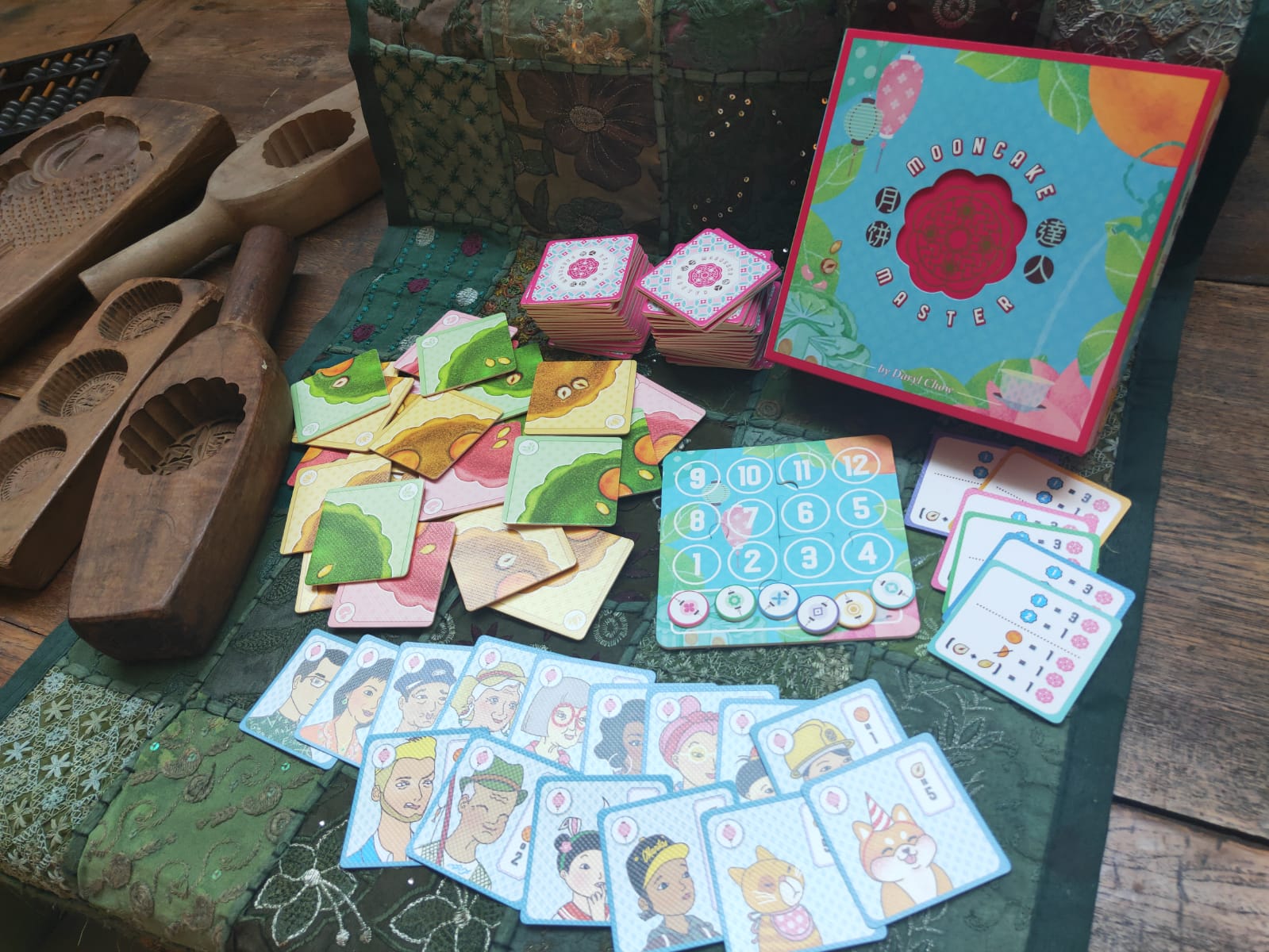