Some of you may have seen this on Warhammer Community’s Army on Parade ceremony on the 19th of December. I was super amazed at the quality of entries this year (understandable, given that it’s hundreds of entries from around the world), and very humbled at even managing to win one of the honorable mentions (best conversion).

Of course, they only managed to show one picture, so I’m showing off some close-ups of the many conversions I did.

My enginseer was my first Dark Mechanicus model, and was what inspired the whole thing. I love the blanchitsu stuff, and when I saw what people had done with the Cairn Wraith, I knew I wanted to do something like that too. It just snowballed from there.

My biggest model, the Imperial Knight is modded with Forgeworld Armor (Magaera), Maulerfiend, and Drukhari bits.

This Onager Dunecrawler is modded with bits from the Forgeworld Khorne Blood Slaughterer, and the head is converted from the faceplate of an imperial knight.

Belisarius Cawl is probably my least converted model. Exploding from the back of the container is a space hulk genestealer modded with Ad mech cyborg bits. I can provide pictures of the genestealer if you guys are interested.

The Sydonian Dragoon is modded with Drukhari Talos, Genestealer, and Maulerfiend bits.

My Skitarii Vanguard are really just the new Necrons with Skitarii vanguard headswaps. I’m still amazed at how well they look.

And those are the pictures that I set to Games Workshop! I do have some closeups of the other models as well, but I wanted to narrow them down to my favourite. If you want to see some of the other pictures, do ask! For example, I am pretty proud of my (Sicarian) infiltrators built from (Genestealer) infiltrators. =p 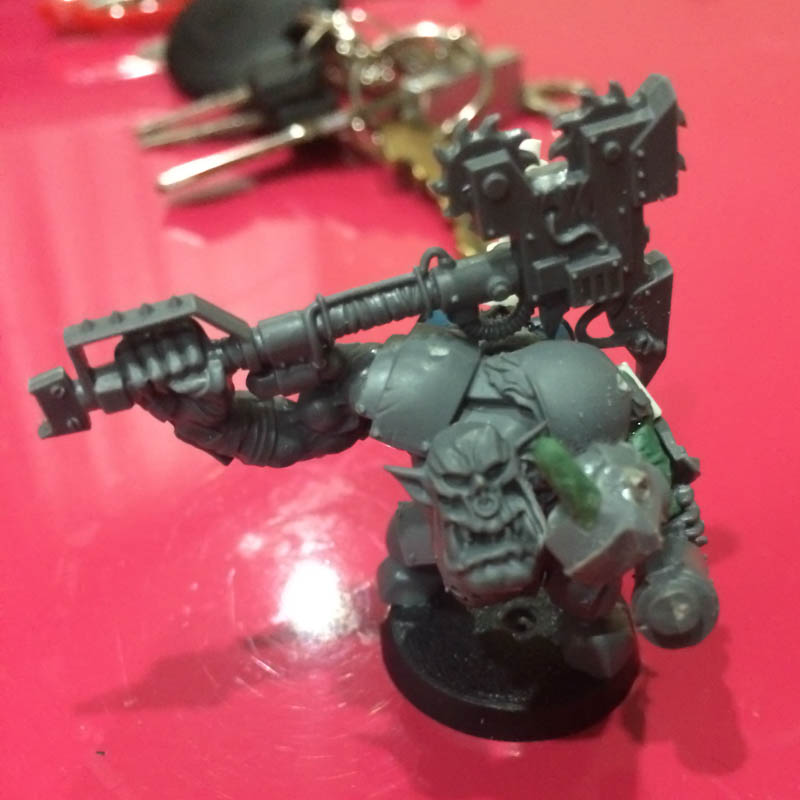