Continuing from where I left off last week, more work to be done on the gun. I cut off the hammer (right) arm , but left the handle on for the rifle. Then I pinned the arm mount to act as the back end of the rifle. 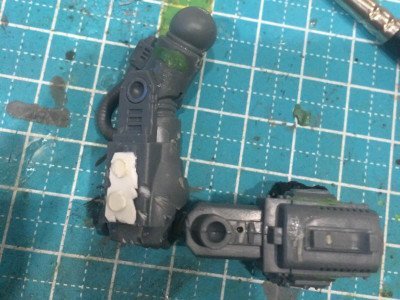 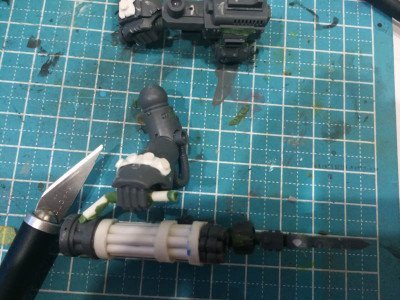 I also added a handle to allow the dreadknight to hold onto the rifle with both hands. It was still looking pretty imperial, so I added some junky armor plates and rivets made from plasticard and plastic tube.

I wanted my knight to have a powerweapon, so I decided to give it some sort of piston driven bayonet. 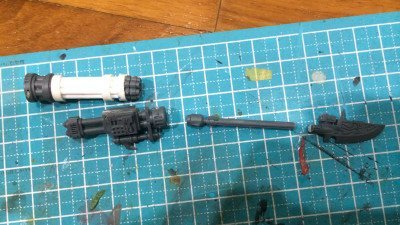 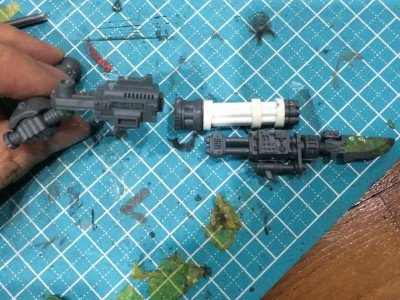 I cut off the pistons from a killa kan arm, and attached it to the halberd blade from a blood angel dreadnought. 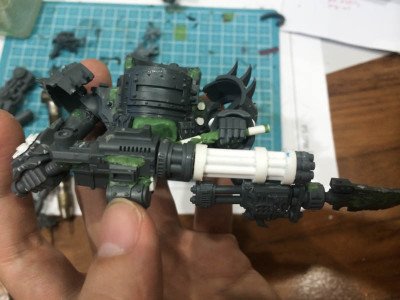 And then I added two drum feeds from Ork/IG autocanons, as well as beefed it up further with… I think an IG stubber ammo box. 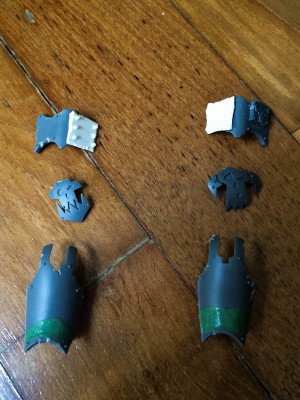 To make it more orky, I gave it some ork kneepads, leg pads as well as some ramshackle leg plating.

Now, this dreadknight was modelled after the titanfall titans, so I wanted some hangers on. Orks would be too large, but grots are just nice. 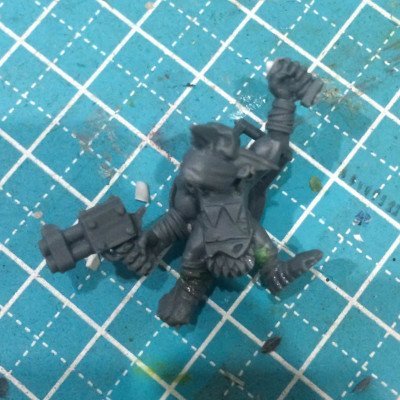 I cut off the knife, then reposed the legs so that the grot looked like one of the titanfall pilots hanging on. He even has a sidearm, and a mine strapped to his back (that unfortunately you can’t see). 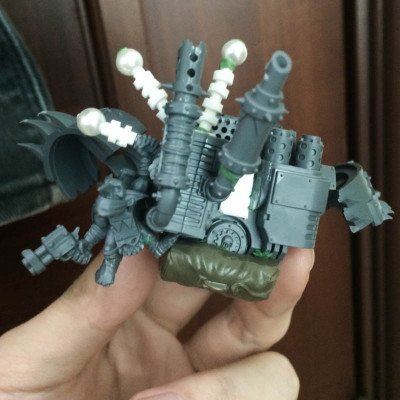 I added pouches (greenstuffed as well as kitbash), again to make it more ogre-titan-falley, as well as plasticard, plastic tube and beads to add onto the engine. It counts as either a KFF or a tellyporta, depending on how I want to use it.

And that’s it for the titanfall kitbash. I think I want to talk about my diorama next. 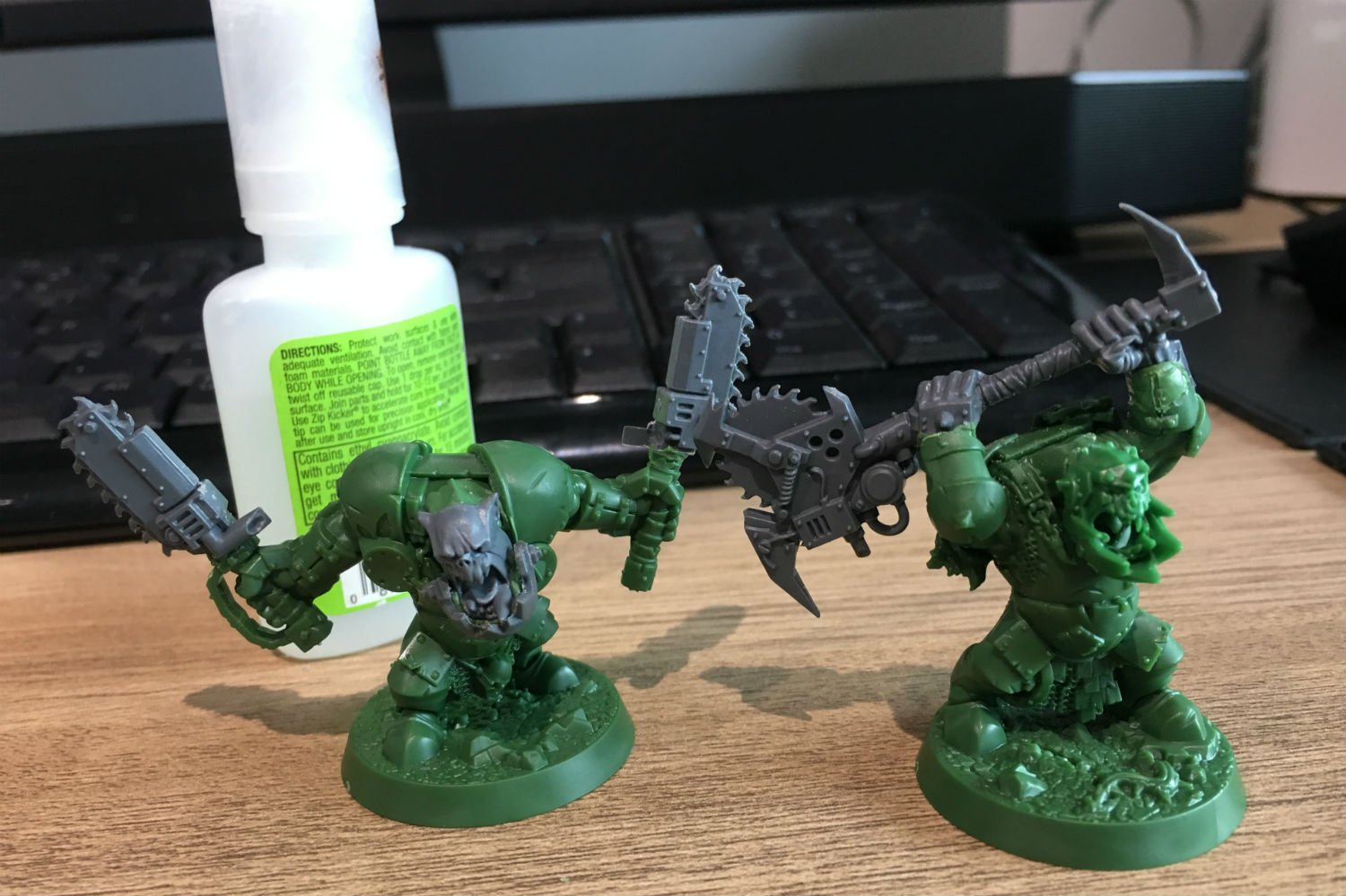 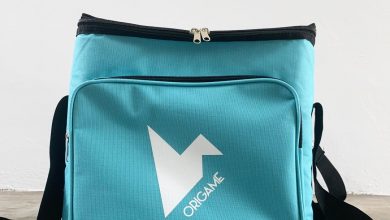