Yep. Time to experiment, and considering Orks are my backburner army for 40k, why not use them? They don’t need to be pretty anyway, right? This time I’m doing an Ork Battlewagon, and I’ll be doing a LOT of experimenting. I’ve done salt weathering and masking, but never in such a huge scale. I’ve also never done Oil washes. But Orks are dirty and messy, so I might as well try out with them. 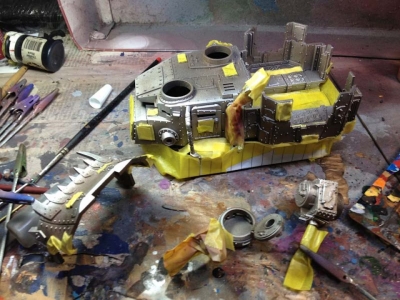 First up, I’ll be air brushing with 4 colours: Steel, brass, blue and yellow, which is wayyy more than I usually do, so there’ll be a LOT of masking. The brass will double up both as my orange metals as well as the rust colour underneath the battlewagon, so I hit up the whole battlewagon with it. 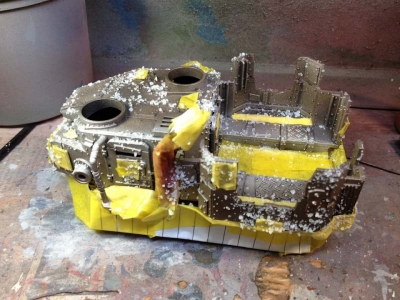 Next up: Masking for blue/steel (no not Derek Zoolander), followed by the hairspray salt weathering technique. I used larger salt crystals this time round in the hopes of a chunkier, more patchy sort of rust scheme. 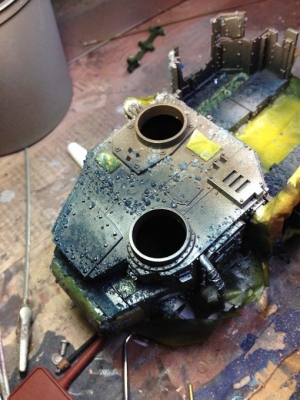 Then I hit it the Battlewagon with some blue. You can see here that started off with VGC Midnight blue (with a bit of brown I believe to muddy up the tone some). 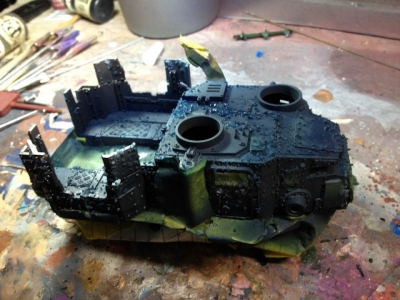 Followed it with a midtone of magic blue and finally a little bit of electric blue (all VGC colours, I haven’t gotten my P3 Cygnar Colours yet). 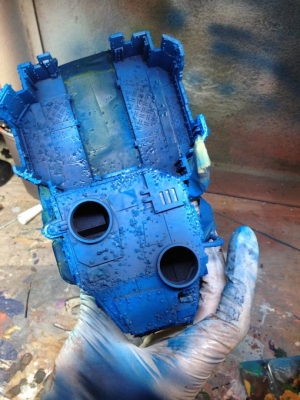 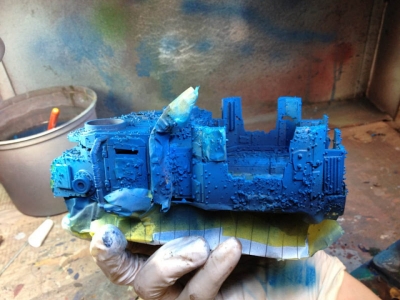 If you notice, there’s a pretty nice gradient going on with the colours right now. 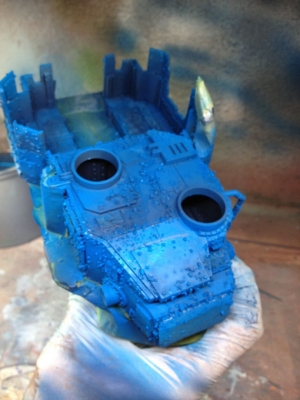 To show a kind of step by step of my airbrushing, here’s the front plate of the battlewagon through the multiple steps. 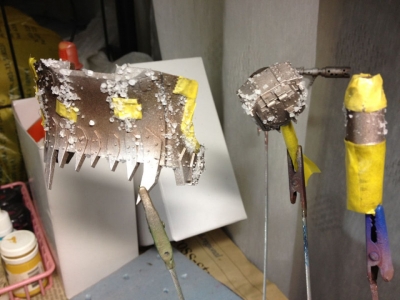 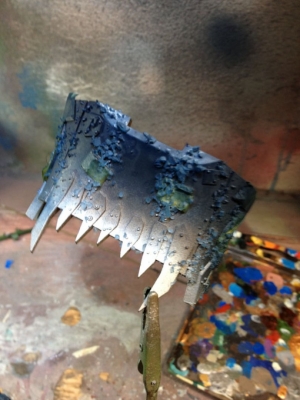 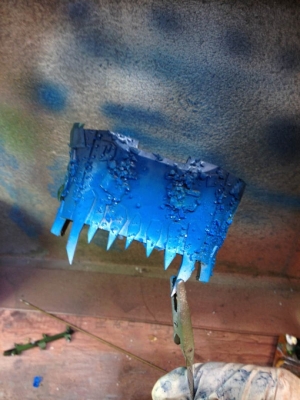 I only hope it will all turn out ok after the subsequent coats. But for that, tune in next week!