8th Ed has made a sneak landing, with some store copies appearing here and there. It’ll be interesting to see how the playerbase reacts to them, but until then we’ll have to content ourselves with some of the swank new gaming aids GW has provided. Privateer Press also has their own set of releases this week, with PLatic Battleboxes of their Original 4 Warmachine factions announced to be released in September, together with some new Hordes models. 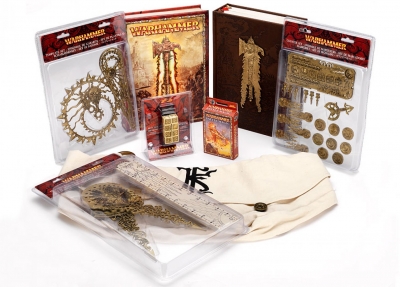 First up: 8th Ed. The reviews are surprisingly quiet at the moment… if you guys know of any reviews or thoughts on the new edition other than the production value (which in its defense is amazing), please feel free to comment. Until then all I have are lots and lots of pictures of the new book and all the related gaming aids.

Looking at the book, I have to say that it’s incredibly pretty (the collector’s edition even more so). One big thing is that it’s finally in full colour, and it looks to have plenty of art. That’s one thing that I’ve always preferred about Privateer Press’ books, that it is an art book together with a rules book, and GW seems to be following in those footsteps as well. One problem is its sheer size and weight, and hopefully they will release a travel version of the book for all the players that need to shuttle their rules back and forth from the LGS.

The high production value of the new edition has continued with with their gaming aids. Some players seems to be bemoaning the emphasis of looks over useability with these new templates, I think they look pretty useable myself. The the dice are pretty, the templates have a relatively clear inside and outside that should make for easy determination if a model is inside or out of the area, and while I would still rather use a measuring tape, there might be a time and place for the engineer’s set. While the counters are nice however, I think that the combat res tracker is probably too many pieces to be useful. Still, I’m sure that there will be gamers out there who will get them, if only to collect.

Relic and THQ have also shown some awesome new stuff at E3, specifically the trailer for the new Space Marine game. This looks like a fun game… it’s always exciting to be in the middle of the action, much like Gears of War/Republic Commando… I think I will be trying it out when it’s released. 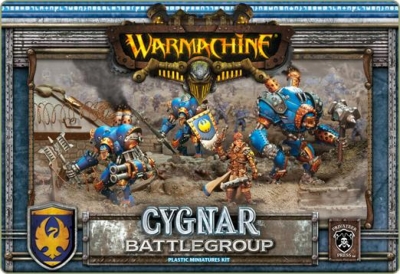 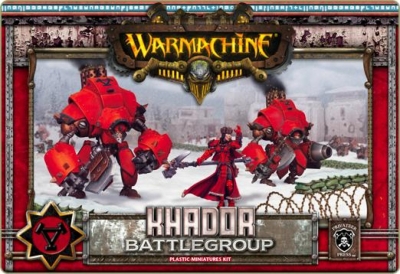 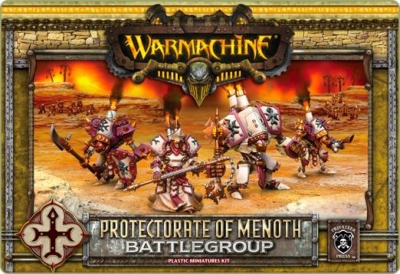 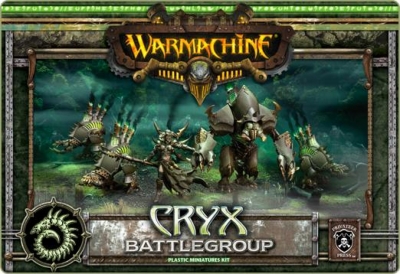 On to Privateer Press, with Cygnar, Menoth, Khador and Cryx available in September, we can only hope that this means that the Merc, Retribution and Hordes boxes aren’t far down the line. $49.99 may seem pricey for some, but if I recall correctly that’s about the same price as what the metal battleboxes were, so hopefully that’s not too bad.

Also in September are some new Hordes models releasing with the plastic battleboxes:

This is interesting, as there are quite a few models that we’ve never heard of before. The Stone Keeper is likely to be a construct, and the Wilder is either a UA or a Solo. The nihilators are a unit as seen from the pic on top (and likely to be the guys mentioned in NQ)… but what’s the Croak Hunter? He’s not ‘named’, so I’m guessing he’s not a Warlock, so a ranged type solo similar to the Totem Hunter then? Only time will tell.

Canny people would have noticed a sneak preview of the new Everblight Warlock’s name, Bellathyne in the latest PP Insider by Doug Seacat. People who are interested in random IK fluff should visit that Insider, it’s actually quite informative. I especially like the age chart that Doug has. 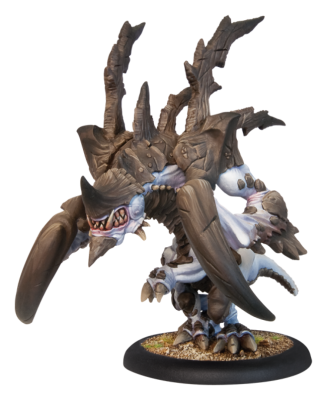 The Scythean’s model was also released this week. I like the idea of a preying mantis type Everblight model but am kind of disappointed that it’s essentially the Ravagore which is essentially the Carnivean. I’m REALLY REALLY hoping that it’s plastic and not metal, because if it isn’t I think that if I were a Everblight player I’d at least wish for some more different poses (and not just have spikier and spikier beasts as the days go by).

This was also previously mentioned, so just a quick reminder that the Forces of Hordes: Trollbloods book has had its cover art shown off… now we’re just waiting to see what the mini-gunners will be like.

Lastly, for my random awesome link of the day I’d like to show off Musings of a Metal Mind. He’s got a lot of converted and painted 40k stuff, but what I really like is his Tyracron project. Yep, Tyranid Rules, Necron mods. His conversions are absolutely stellar and you should check them out if you can.

And that’s it for this week’s post! Do drop us a comment if you find more news about PP or GW’s 8th ed release!