With the Forces of Warmachine books winding to a close, action on the Hordes end is kicking up a notch. Similarly on GW’s end, we have some new articles on the new tank releases in 40k, but I think the majority of the community is waiting with bated breath on what WHFB 8th Ed will be like.

But first, an update on the Monsterpocalypse movie! We mentioned the announcement that Dreamworks had purchased the rights a month ago, and it looks like it’s proceeding apace, with John August in negotiations with Dreamworks to write the screenplay for Monsterpocalypse. John August has worked with Tim Burton before (Big Fish, Charlie and the Chocolate factory and Corpse Bridec) and this would continue his work with Tim Burton.

This is looking hopeful, but we’re very very far away from production and seeing an actual movie yet. Still, with news coming out, maybe we’ll actually be able to see Privateer Press’ material on the silver screen in a few years! 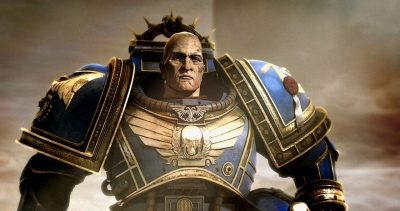 GW is a lot closer to seeing that reality, with their own Ultramarines movie being close to completion and a teaser online (looks like a 2010 release date). A CG-movie, with the likes of Sean Pertwee and John Hurt as the voices sounds like it could be good (badumtish). The renders are also looking pretty sweet, altho Severus (above) looks a lot wrinklier than I’d expect of an Ultramarine.

Still, more geek movies are always good, and with this and Monsterpocalypse down the line, it looks like it’s a good day to be a gamer. 🙂

Back to Privateer Press, we’ve got quite a bit of Hordes this week, which is a given since the WM faction we’re currently missing is mercernaries. We’ve seen the awesomeness that is Capt Gunnbjorn already, but there’s been quite a bit more stuff released as well. Strangely enough, it’s been all Legion and Trolls though. Probably because the last few weeks were Circle and Skorne happy-time. 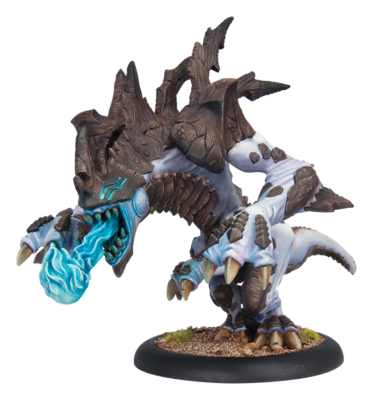 What’s really interesting though is that we’ve previously already seen the Scythean and the Stinger, which were supposed to be the two warbeasts for the faction (keeping in mind the same pattern as the Forces of Warmachine Books). So what does this mean? Does this mean that Legion gets a free beast? Does this mean the Ravagore is a character beast? Or does this mean that everyone gets a third beast? Personally, while the first two are the more likely scenarios, I’m hoping for the third to be true. Firstly Hordes needs to catch up anyway, and secondly beasts in Hordes are just like jacks in Warmachine; the reason why I play, which means the more the merrier! 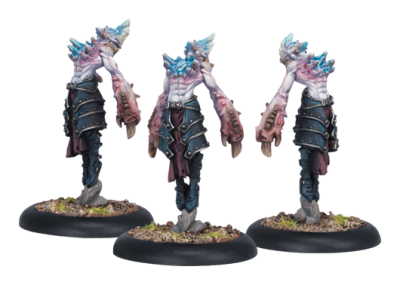 PP has also shown us the gross awesomeness that is the Everblight Spell Martyr. From the people that brought you the Incubi, the Spell Martyr is all sorts of ick, with his ribs splayed out in a chestburster/face hugger hybrid, and what I’m assuming is a sliver of Athanc lodged in their chest. At 3 models a blister, I’m guessing they’re solos like either the Wracks or Stormsmith. Which means cheap solos that can maybe function as an arcnode before dying. I’m saying this because if they were 1-shot free spells like the Skarlock, I’d be very very disappointed with the Trollblood Runebearer. 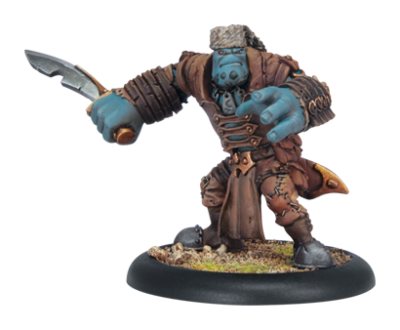 Lastly, we have the Trollblood Skinner. If there’s any sculpt with will probably have the ‘awesome looking model’ tax, this is it. Now I’ve heard how people just think he’s a stupid looking sculpt but honestly he’s a damn sight better than the runeshaper line of sculpts. He has a very good, emotive face, and his hands, while large are not yet into the crazy stupid hand sizes. Not only that but he is also subtle and understated, which is sometimes a breath of fresh air in the over the top, in your face world of the Iron Kingdoms (case in point Fenris…. EXTREEEEME).

The only problem is that with his fluff of being a game hunter, he will be an Anti-Hordes model… and honestly, with Alten, Pendrake, Saxon and the like, we really really don’t need another Anti-Hordes model. Preferably it’d be cool if he was a non fellcall non spell support solo (like a bubble of open ground), or maybe gave units bonuses for killing living models, but I’d be perfectly happy if he was an ADing weaponmaster with prowl. That’s all I need him to be.

That said, I love some of the discussions about him in the forums.

A: “I like the model…but I’m not really sure how talented a skinner he is when he’s wearing foxes and ‘coons and not warpwolves or titans or carniveans. Really? We’re sure this skinner is the one we should be venerating?”
B: “If he was “wearing Warpwolves or Titans or Carniveans” it wouldn’t leave him much room to move. The model would also be a pile of skins.”

Lastly, we find out that Whitemoon Dreams, who is currently making the Warmachine game, has a counter on their site! Looks like they’ll be releasing in Gencon. That’s… one thing to be looking out for that’s for sure! 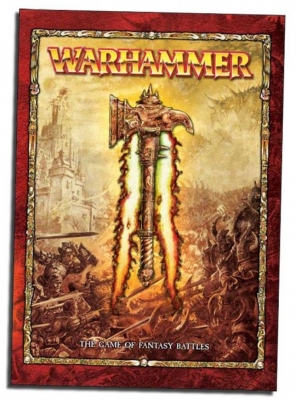 Over to GW, we’ve also got their county clock to 8th ed ticking down. While it’s pretty quiet, according to Bell of Lost Souls it seems like there may be official sneaks of 8th ed coming in really REALLY soon, so this is likely the calm before the storm. 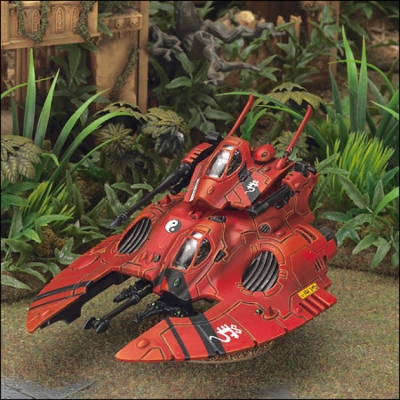 Until then, GW fans will have to content themselves with some of the painting articles that have been posted on the GW website. It’s nothing much new, but these step by steps of the Leman Russ and the Eldar Grav Tank should always be useful for the newer players. 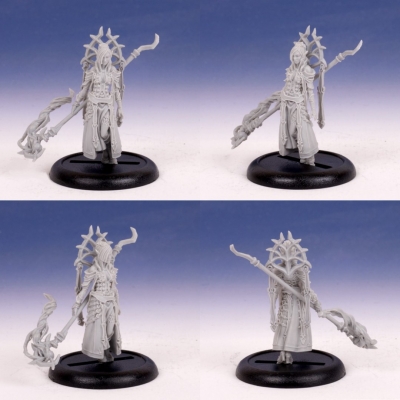 One last bit to mention is the resin piece for Y’Sala (and Darkness). We had seen her painted last week, but Studio Mcvey posted up the unpainted resin, and I have to say that her unpainted model is even more detailed than what we previously thought. It’s amazingly detailed. Amazingly.

And that’s it for this week’s updates! Tune in same time next week for the minis week in review!