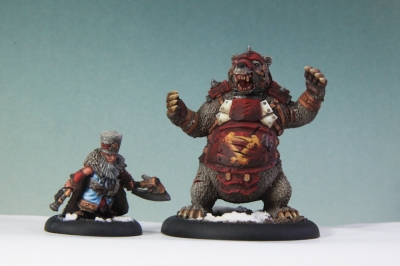 Not much of a Workshop Wednesday this week, just pictures of Brun and Lug that I’ve got painted. I know that they can’t be fielded in a Khador army, but to be honest that never made any sense to me. Which is why, I’ve painted them in Khador colours and INSIST that they are my Kodiak (geddit? Kodiak?) and Manhunter. 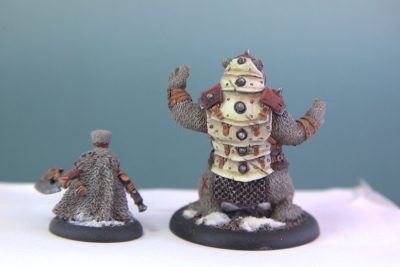 Usually I play in friendlies, and no one has ever complained about them being ‘wrong’. Brun looks like a dour enough merc manhunter, and Lug is well…. a giant frikkin BEAR. So how could he NOT be a kodiak? The rule of cool really works here. Plus, it helps that they’re unfieldable in Khador. So people don’t wonder if they’re actually being fielded as Brun and Lug. I have Trollbloods too, so if I ever want to officially field them I still can. 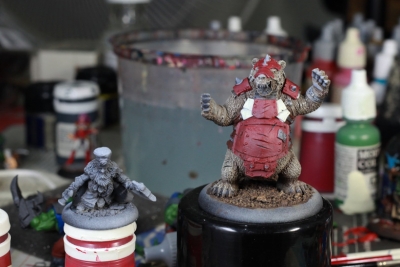 I painted these by experimenting with Zenithal lighting, although what I did in this case was prime black, hit it with a bit of white primer, then paint as normal. I think it really helped me pick out the details. 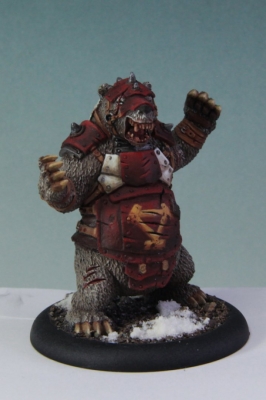 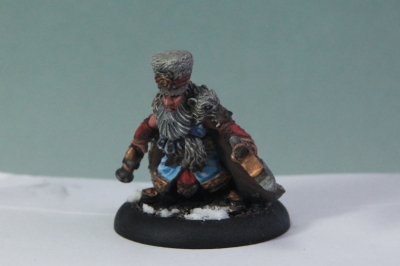 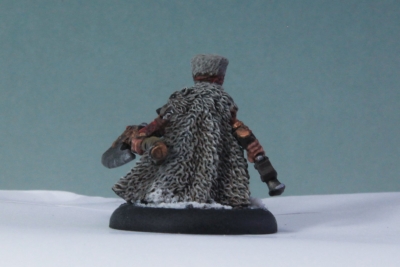