GW seems to like dropping bombs these few days. We started out with the Finecast announcement yesterday (with another price hike), which seagues into Maelstrom Game’s giant and depressing announcement today, that there’re no longer allowed to ship Games Workshop items outside of the European region. 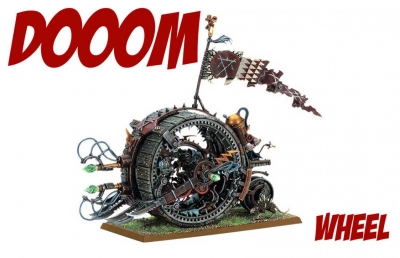 I recommend checking out the Finecast and Maelstrom Games announcements in detail, but here’s our quick worries on how that might affect gamers in general.

First up: Maelstrom Games. It’s been a cornerstone of many a GW gamer’s life. Free shipping together with a discount on retail price meant that a lot of guys have gone to them to scratch their GW itch. I do buy from my neighbourhood brick and mortar, because I try to support where I play when I can, but I admit that when I have to get big purchases I sometimes go somewhere else. And Maelstrom is (or was) one of my options. But not anymore.

This doesn’t look like a huge issue at first; after all the loss for Maelstrom is merely some other online store’s gain. Stores like Spikeybits or the Warstore still cater to the US region, while guys in the Asia-Pacific region still have Wayland Games to fall back on. But this might just be the first stone of an avalanche. If I were GW, it wouldn’t make business sense for me to demand this sort of contract from maelstrom only to ignore the other online stores. Which may mean that other similar stores might end up on this path too. So is this the end of an era?

On one hand, this might be considered a good thing. This might mean that our neighbourhood stores; the ones that we play in get more of our business. On the other, there are people who don’t have neighbourhood stores to begin with, and this may be another blow that prevents them from going any further in the hobby. Add to that the 2-25% price increase from the move from metals to ‘finecast’ resins and it’s easy to cry doom for the hobby.

To be honest though, it’s still a bit too early to tell. It seems as if GW is really starting to price themselves out of the range of some of the players. But then again there those who will stick with GW no matter what. Some might shift to other games, or leave entirely, but it’s really dependant on your immediate community. It’s always better to play an overpriced game that you have opponents for than a cheap game that no-one around you plays.

Update: Looks like Wayland got saddled with the same thing but will be fighting GW’s decision. Looks like this will at least affect all UK distributors. If it also affects US and other stores… it will get pretty serious.