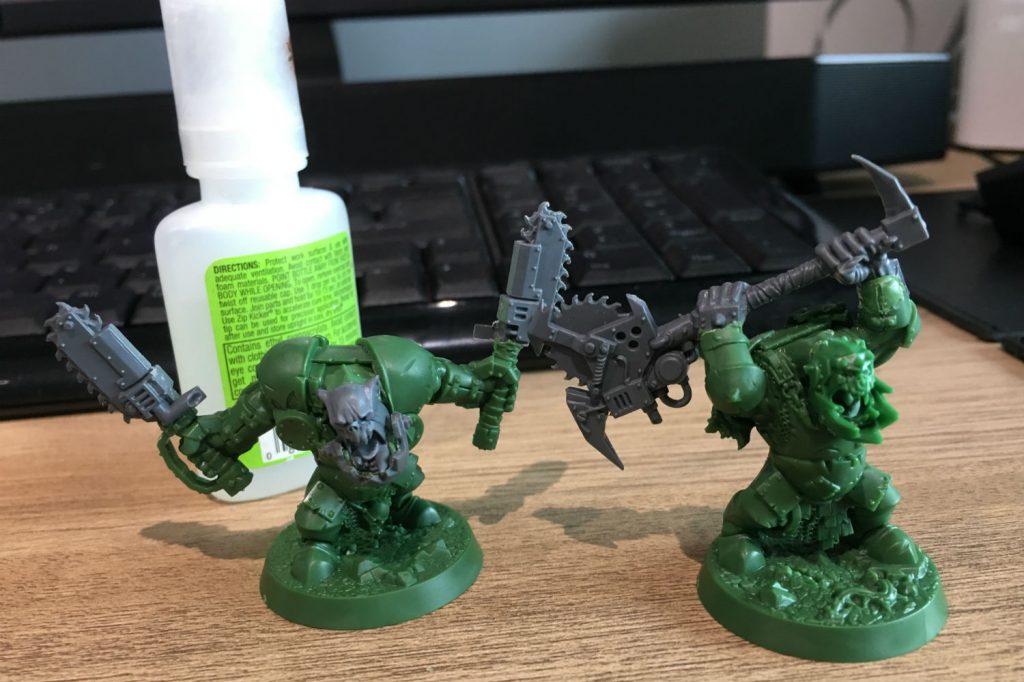 Part two of my Brotherhood of Steal Shadespire Orks! (Orruks actually, but I don’t like that name.) I continue the work from Part 1 over here. Thank goodness most of this stuff was done already, because I haven’t had time to do anything, what with the whole Monster Hunter World business.

The kitbashes were mostly straight forward head and arm swaps. The Orrukz look like Ork boys already. It was merely just an update to 40k hardware. 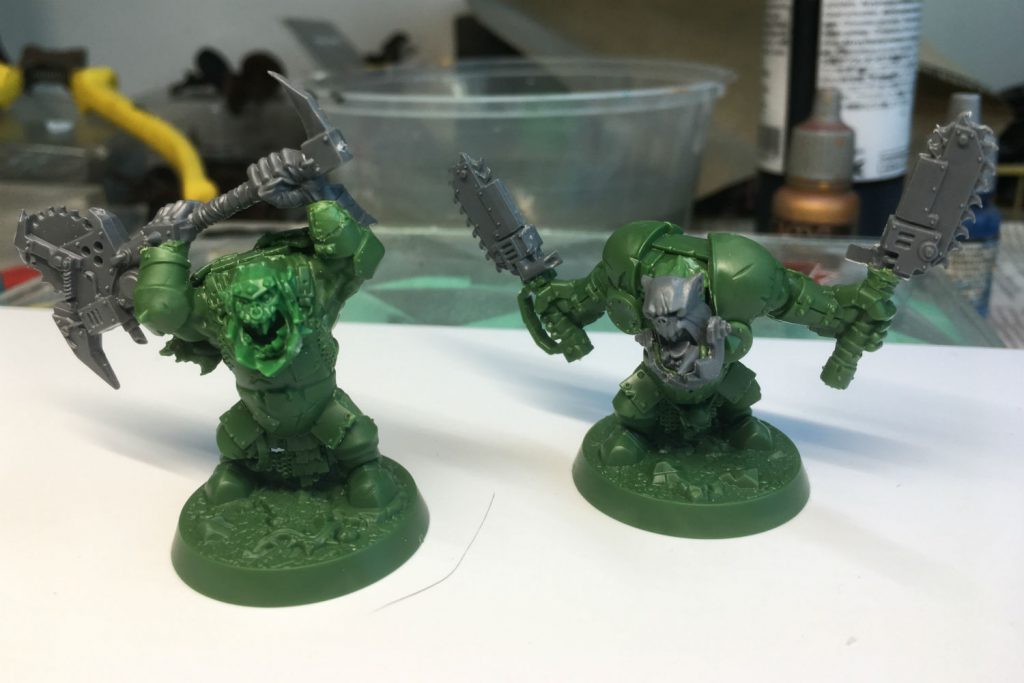 The double handed guy was probably the most involved conversion. I had to make sure that I cut out the hand neatly enough that I left the armor and there, so it didn’t look too weird after I painted it up. In addition, the left forearm was missing from the big-choppa bit, so I had to green stuff some armor into place. He was also missing his head from last week. Because I decided to go with the blood bowl head, I had to pin and greenstuff a tiny little tongue inside the ork. It’s nice to know that this blog isn’t gonna head off into disaster. (Amirite Zack?)

The double choppa (or double Ripper, since these are Brotherhood of Steal orks after all) was a lot simpler. Chop off both the choppas (haha see what I did there), add a head with irongob I had lying around, and job’s a good ‘un. 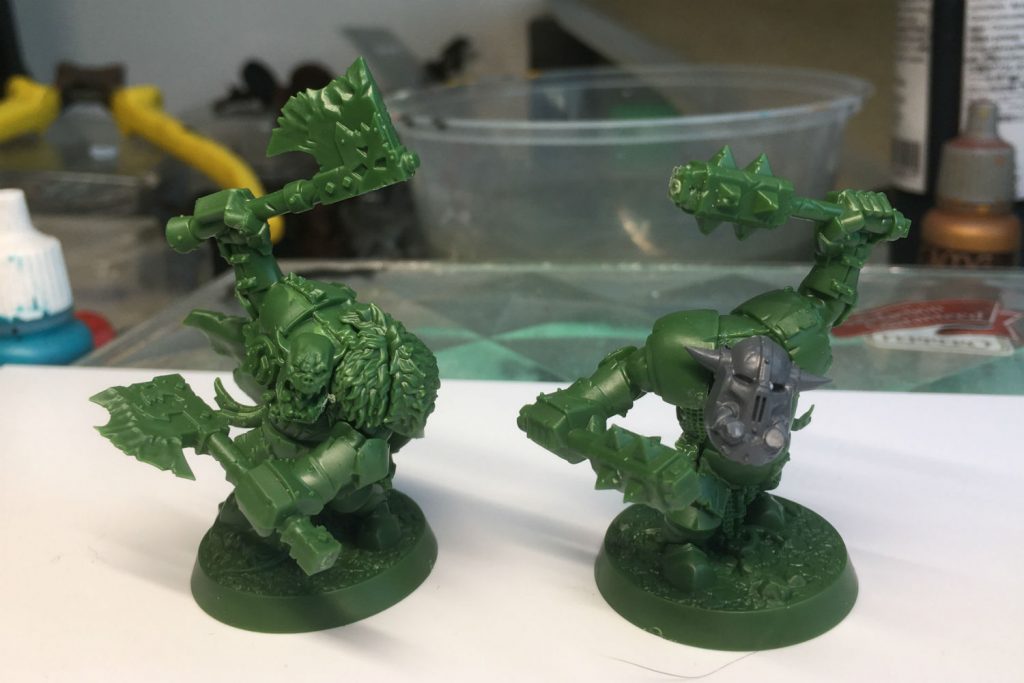 The next two were even simpler. A straight head swap for the double-mace ork (I wanted one fully helmetless, and one fully helmeted to make it easy for opponents to distinguish, and I left the leader as stock because I felt like my conversions would have taken away from the design. Plus, the two axes and the cape are awesome enough already.