KK went through so many awesome games in Gencon, that we figured we should have him talk about more of what he saw in Gencon! So without further ado, here he is waxing nostalgic on some of the games he fell in love with in this year’s Gencon!

Trion Worlds is probably most known for their MMORPG, Rift. (They also happen to be located less than a five minute’s walk from my Bay Area home!) Each goodie bag had a DVD containing the game, although the game itself has a subscription fee, so it should be considered to be more of a demo. They even sponsored the badge-holder lanyards. I haven’t had a chance to try Rift out yet, although I’ve seen all their online advertising and claims that it’s better than WoW. 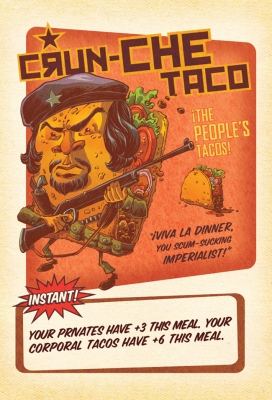 Speaking of Wow, the World of Warcraft TCG had a lot of screen time at Gencon. Wizards typically has the largest TCG presence at the convention, but this year I think that they were outshone by California-based Cyptozoic Entertainment, the newly-founded owners of the World of Warcraft TCG, and a subsidiary of Blizzard Entertainment. Not only was there a ton of WoWTCG organized play and casual play events around the clock, but Cryptozoic was also showing off their newest game: the Food Fight Card Game. This non-collectible card game features cheesy puns on food and military operations, like Custard’s Last Stand or Bay of Pigs (Get it? “Cheesy” puns? Haaaaaa…) and cute anthropomorphic foods, like Che Guevara in taco form or a muffin holding a M61-Vulkan. 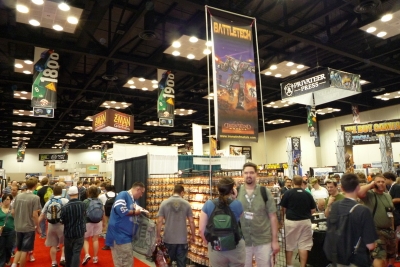 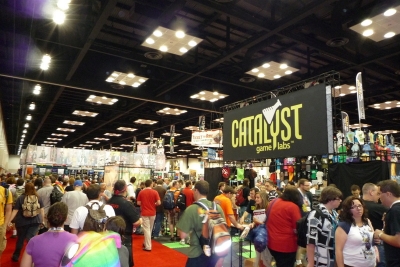 Moving on to more table top games, Catalyst Game Labs (most famous for their Battletech miniatures obtained from WizKids some years ago) had obtained the front-and-center exhibit booth to show off their new miniatures game: Leviathans. Leviathans takes place in an alternate reality Steampunk universe, and each side has a fleet of airships and zeppelins ready to blow the other side out of the sky. Leviathans features prepainted plastic miniatures on flying stands played on a hexagonal grid. Quite a few attendees were able to get their hands on one for playing the demo, but I unfortunately could not.

Another game that debuted was Sentinels of the Multiverse; a game published by Greater than Games, and a cooperative game where you play against the game itself. Three to five people each pick up one of several prebuilt decks (each representing one superhero), and one environment deck and one supervillian deck are also chosen. If you’ve ever played the WoWTCG’s Raid Deck, it’s mechanically most similar to that, except that there’s no player at the helm of the badguy or the environment. (A neat little rule that I enjoyed is that even if your superhero dies, you still actively participate in the game.) This game has a surprisingly rich back story for each of the characters and environment, with appropriate comic book artwork to decorate the cards. It really captures the essence of comic books quite well, and I find that people who love the genre will love this game as well. 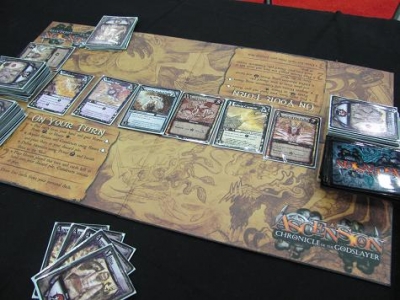 In one of the previous posts I told you about Spinmaster’s Redakai, created by designer Justin Gary. Gary is also the founder of Gary Games, who publishes Ascension: Chronicle of the Godslayer, a deck-building game. A few of you in Singapore might already have your hands on this fantastic game, but those of you who do not should *definitely check it out.* I’m not that familiar with deck-building games as it’s a fairly new genre, so I can’t compare it to anything else, but I really enjoy the gameplay. If I had enough space in my luggage at that point I would have bought it on the spot. If you have an iPad or iPhone, a full digital version (with AI, hotseat multiplayer, and online multiplayer) is available on their App Store for (I believe) 5 USD. An Android app is on the way. (Editor’s Note: I know lots of people hooked onto it in App form!) 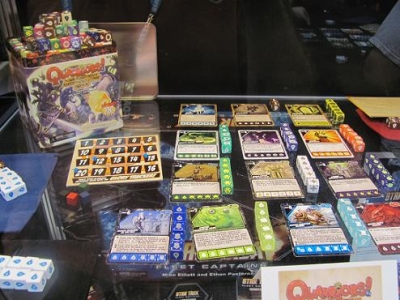 If deck building isn’t your cup of tea, how about a dice building game? Quarriors is published by WizKids and designed by Mike Elliott and Eric Lang. It’s a great, fast paced game that plays for two to four players in about fifteen to twenty-five minutes. It features a moderate sized pile of 130 custom dice. And of course you’ll be rolling the dice, so randomness plays a big part in the game, but the probabilities are well thought out. It’s a lot of fun crammed in to a small space, and it’s the type of game you can play four or five times in rapid succession and still have it be fresh (for instance, waiting for the rest of your RPG group to arrive).

And that’s just some of the games that I experienced in Gencon. I’m sure there were loads more being demo’ed though; if you guys know of any fun new games that demo’ed in Gencon drop me a comment in the comments! 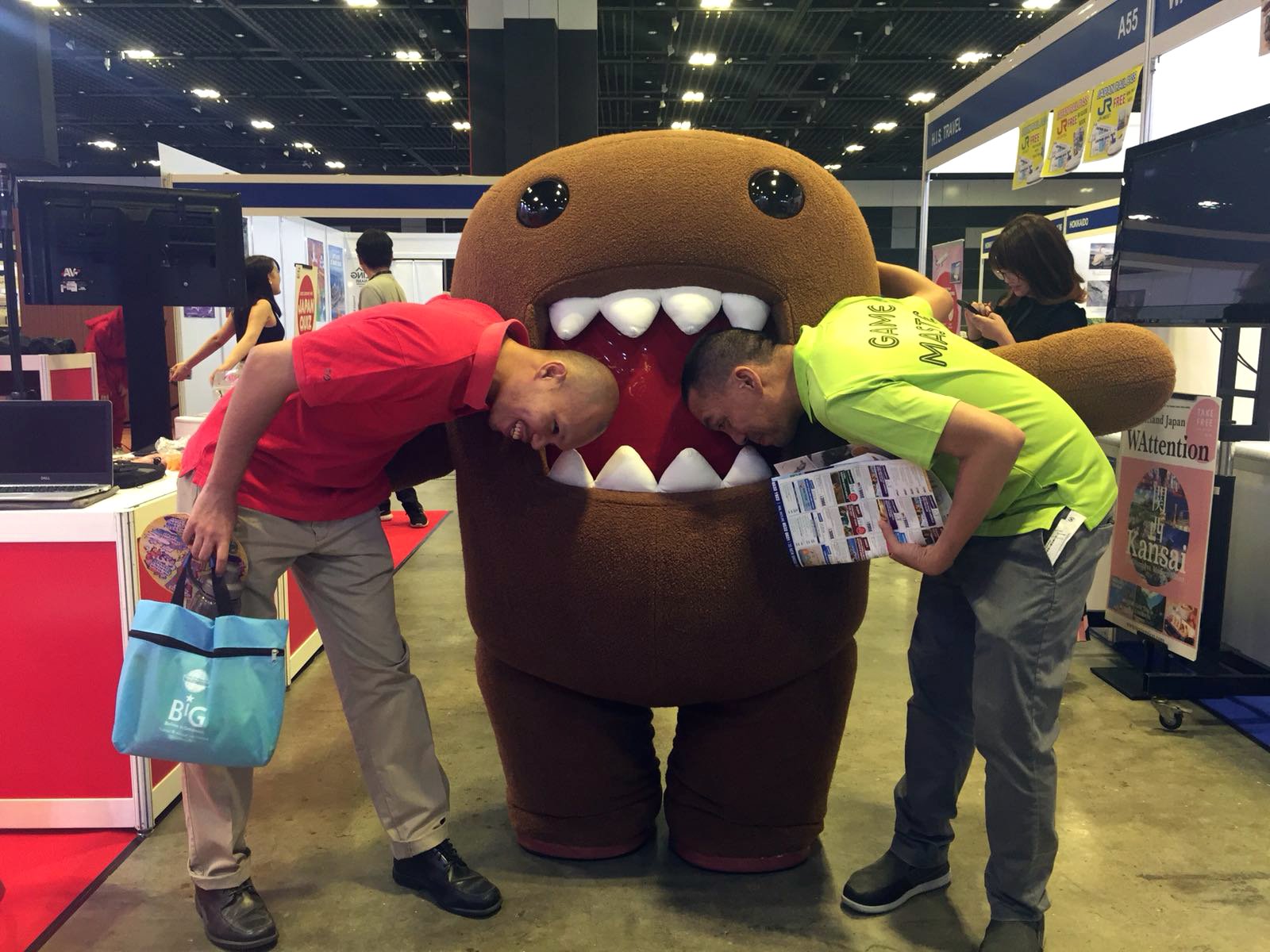