Alright yer gitz! Time to check out the next part of the Bloodbowl Brotherhood of Steal team. This week, we’ve got the bludgers, the bruisers, the big bad bringers of blud….

The blockers for the Ork team are our bread an butter, so I wanted to max them out. Of course, we can’t have any identical members in our team either, so I got to hacking and converting. 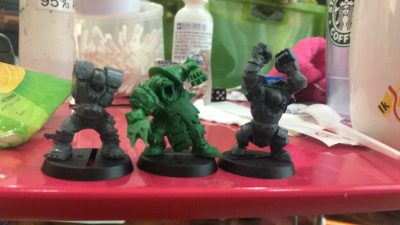 The blockers were actually the hardest part of the team for me. It took me a while to get to the sweetspot of correct size for these big bruisers. The nob (from the 40k nob sprue) seemed to be and okay size, but with the original blockers serving as the base for 2 of mine already I didn’t want the last two blockers to just be from the same nob sprue either.

But as you can see here the orks from the black ork kit were too small. I even tried reposing to see if I could ‘make up’ the sizes. It didn’t work. 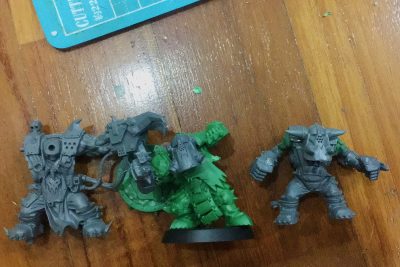 I even thought of using a Black Reach warboss as a blocker. I had him lying around after all, and that giant belt-buckle is sufficiently rugby-ish.

In the end though I went with a…. flash git from the newer plastic sets. He’s still pretty static unfortunately, but at least he’s a matching size with the other blockers and a different base body. 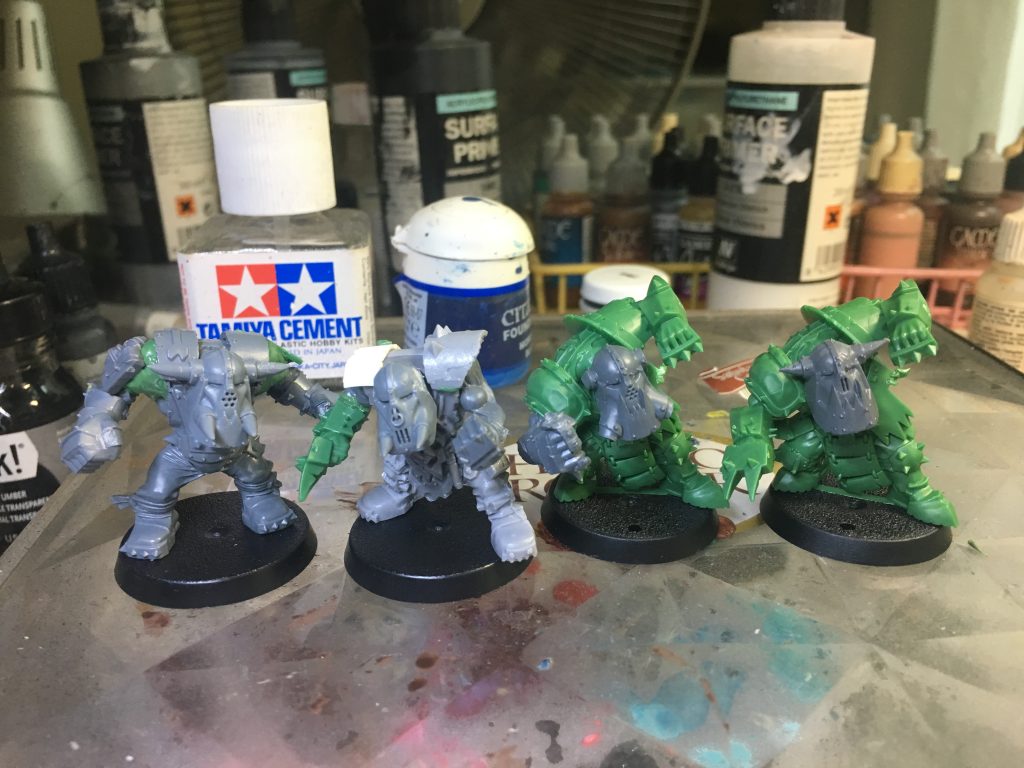 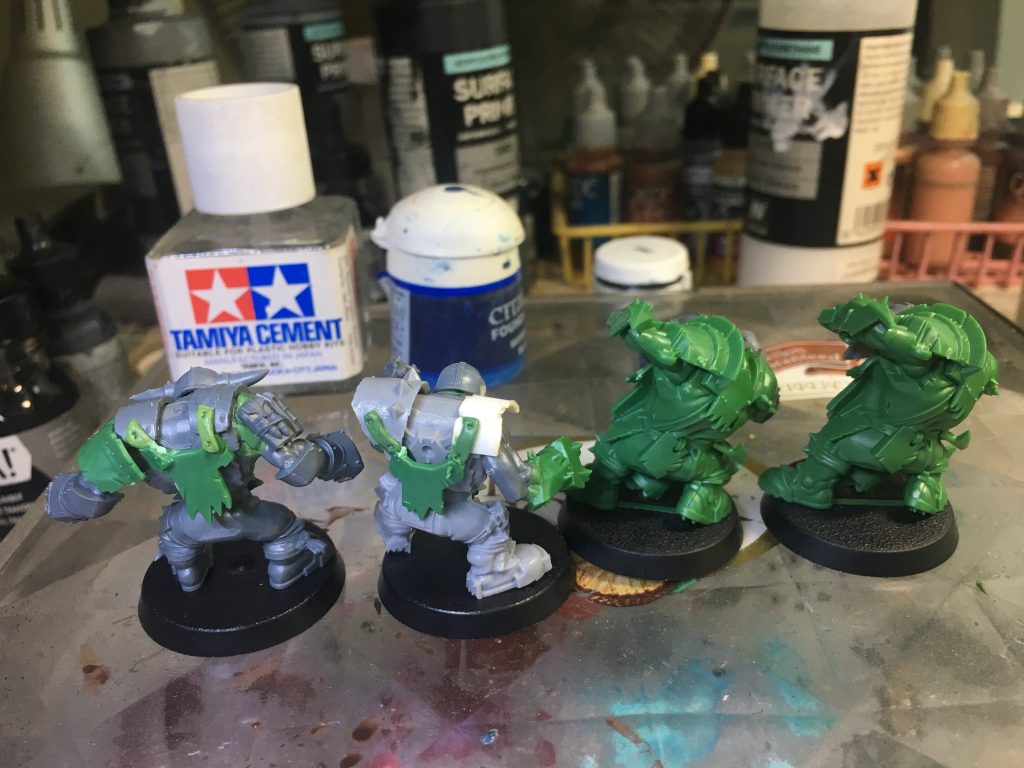 I had head swaps for all of the blockers. Doesn’t make sense to have a non-helmeted head, and a full-helmet head is even better for head butting with. In order to make sure the non-bloodbowl models looked suitably equipped, I took the hands and armor plates from other bloodbowl models and tacked them on.

Now they’re good for a scrum. 🙂