Wow. Get distracted by comics and conventions for a few weeks and Privateer Press does a number on amazing new releases, just in time for Christmas! We’ve got stuff from Warmachine’s new Wrath expansion coming out the wazoo, as well as a few hordes releases and lots of Privateer Insider news…

But on to the good stuff! Looks like Wrath is concentrating a lot on mercenaries. 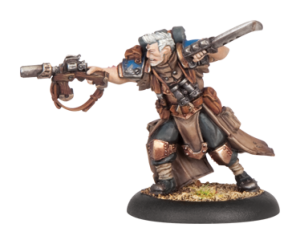 All the UAs (well we assume they’re unit attachments) previewed so far are faction specific UAs that seem to be able to turn merc units into allies, or faction units for the purposes of spells and other abilities. These guys seem to provide additional benefits as well (probably to the tune of a 2-point cost). I don’t know abt Captain Jonas though; maybe his ranged attack and smoke bombs are considered enough? I’m sure he has some sort of order or something to benefit his unit though. 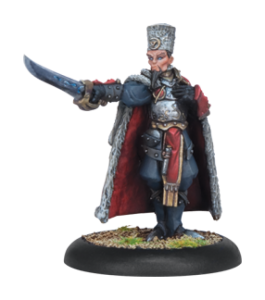 Especially since the rest of the guys look like they bring a lot more to the table. For example, our dear Koldun Valachev sounds like he has either a frostbite or ice-cage type spell, something that removes debuffs on his unit, as well as a way to move his unit faster (probably a place effect). That sounds amazing. Maybe even 3 points-cost amazing. 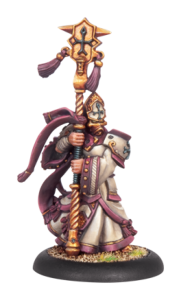 The attendant priest looks just about as useful, with what seems like an ability that grants his guys magical attacks, immunity from spells, and… move aside obstacles? I’m assuming pathfinder? All serve to increase survivability of their units, increased movement flexibility, as well as great toolbox effects. These UAs are definitely must haves in any army collection. It’s too bad none of their models are that wonderful, the attendant priest looking the most boring. In fact I almost mistook it for an older model, the hierophant.

Retribution folks must be cheering, because the Destors are finally being released. I HOPE that these are plastic models, because they’re being sold as a 5 model unit rather than the 3 unit box for the old cavalry. I don’t know though… the $100 USD price point is still a tough sell. 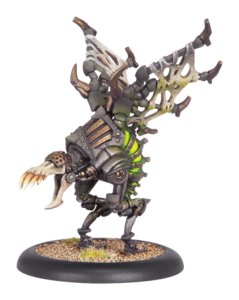 For new things we have the Ragman and the Scavenger! Both seem all undead and necromancy, maybe signs of a new push from Cryx? The Scavenger is a new Cryx Bonejack; one that is all vulture-y and evidently has flight. I’m REALLY not a fan of the model; it’s not bird-like enough and the legs look like they will shear off at the lightest touch (less likely if it’s a plastic model). Although in their defence it’s probably something that didn’t translate well… flying models never do. 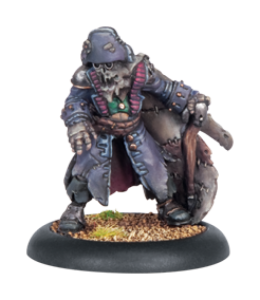 The Ragman looks pretty fun tho. What is likely to be a Thamarite Mercenary with undead/reanimating shenanigans, this might increase the survivability of your units (via necromancy). I’m not sure what he could do that Alexia or Gorman can’t either though. 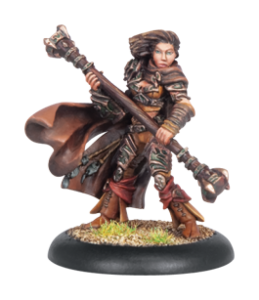 And to round off the Hordes items we haveTyrant Vorkesh as well as an alt sculpt for Kaya. I think the new sculpt is pretty good, and at least it gives the options to people who want her but not the battle box.

That’s the huge wave of new stuff that will be hitting stores any time now. Are you guys jazzed for Warmachine: Wrath?