In the lead-up to this year’s San Diego Comic-Con, Sonny Liew, creator of The Art of Charlie Chan Hock Chye seemed to be a bit cynical about his ability to win the any of the Eisner Awards he was nominated for.

Turns out, he could’ve afforded to be a little more confident.

At the recently concluded Eisner Awards ceremony on Friday (July 21), Sonny bagged a total of THREE Eisners, out of the six he was nominated for. In the order he won them, they were: Best Writer/Artist, Best U.S. Edition of International Material – Asia, and Best Publication Design.

That’s a lot of loot to carry home.

He first won for Best Writer/Artist but then missed out on Best Coloring and Best Lettering. Still, just being nominated for these three categories solidified Sonny as a comic book creator extraordinaire, something many of us fans in Singapore have known for a while.

Best Writer/Artist, Best Coloring and Best Lettering run the gamut of the comic creating process. Although he did not win in the latter categories, it must be pointed out that he was up against extremely stiff competition. The eventual winners for both categories did not come as a surprise. They are industry specialists who have created a niche for themselves in their particular field.

Best Coloring went to Matt Wilson, who’s known for a host of titles including Paper Girls, The Wicked + The Divine, The Mighty Thor and was just announced to start on the new Captain America series with Mark Waid, Chris Samnee and Joe Caramagna.

Best Lettering went to the veteran Todd Klein, who was the inaugural winner of this award and has won it 17 times since 1993.

Sonny also took home the Eisner for Best U.S. Edition for International Material – Asia. It would then be over an hour before he found out if he won in his two remaining categories. And win he did, with Best Publication Design!

I would arguably say that this truly affirms what a masterpiece The Art of Charlie Chan Hock Chye is – it is much more than just the medium. In our 2015 review, we said it was “essential reading not just for Sonny Liew fans, but also for fans of comic book history, and those interested in Singapore’s past. And yet, while having to juggle all these hats, the book never gets bogged down.”

But just before 11pm San Diego time, it was a little disappointing to hear that he had not won the final award of the night, Best Graphic Album – New. The competition was extremely stiff –  and the winner, Jill Thompson, already won two other much-deserved Eisners earlier in the night for Best Painter/Multimedia Artist and Best Single Issue/One-Shot.

Between her and Sonny, they effectively shut out THREE other multi-nominees, Dave McKean, Tom Gauld and Daniel Clowes, all of whom went home empty-handed, despite being nominated for arguably one of the most prestigious categories of the night.

Congratulations, Sonny. The Art of Charlie Chan Hock Chye has already won so much acclaim from all over the world, but there’s something particularly appropriate about being recognised by peers in the industry. After all, in many ways The Art of Charlie Chan Hock Chye is a love letter to the comics industry, so it’s nice to see the international comics industry reciprocate that love.

Sonny Liew is one of the guests at this year’s Singapore Toy, Games and Comics Convention. It seems extremely appropriate that for the Con’s 10th anniversary, they’re finally giving “Eisner-winning Sonny Liew” the VIP treatment he deserves.

For more: The Art Of Sonny Liew: Of Fate, Charlie Chan and going Boom 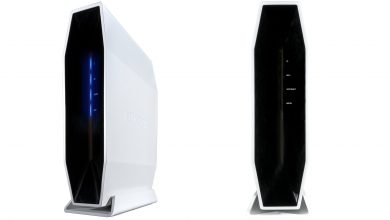