In what can only be considered a happy problem, the Geek Pride Quiz Night 2019 has to change its venue to accommodate the overwhelming response. It will now be held at the DC Super Heroes Cafe in Ngee Ann City.

According to the Geek Pride Quiz Night organisers at Mensa Singapore, the original venue they had chosen could not handle the large number of sign ups that they received in previous weeks. They were forced to close registrations until they were able to secure the new venue earlier this week.

The DC Super Heroes Cafe at Ngee Ann City is no stranger to the annual Geek Pride Quiz Night, of course. It was the venue of last year’s event, which had over 10 teams competing.

Now in its fourth year, the Geek Pride Quiz Night is once again hosted by quizmaster DJ Shan Wee of Kiss92 FM, and co-organised by Mensa Singapore and the Irish Graduates Association of Singapore.

Winners stand to win very generous cash prizes, and there will also be a prize for the best-dressed team! (Don’t worry, any geeky or geek-themed costume applies.)

So if you’re free tomorrow night, come together with friends and family, join the Geek Pride Quiz Night and put your geek trivia to the test! Tickets are still available at $12 per person. 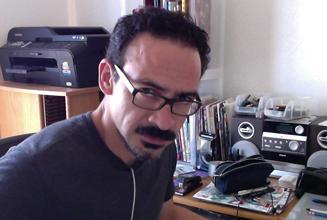