Just a quick update for STGCC! Lots of news has slowly been streaming out as Reed gets everything finalised, and if you haven’t realised, STGCC is 2 weeks away. Things are going to get crazy here at HereBeGeeks as we rev up for STGCC and finalise things for ourselves too. I’d just like to highlight a little post at writing4thirtytwo11 which talks about an academic conference to be held in conjunction with STGCC. This is something that’s definitely new and very very welcome, especially since entry is at a low price of $10, and it is open to the public. Maybe the general Joe Public might not be that interested in the talks, but I suspect once the full program is up we’d have an idea of what might just tickle your fancy. If you’re worried that these conferences might end up being very stuffy, well, it really depends on how deep you want to dwell into the comics world beyond the capes and Americana. 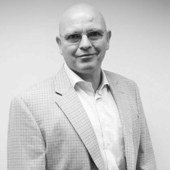 What’s even more interesting is something a little more personal. One of 2 academics roped in to run the conference is AP Ian Gordon, from the National University of Singapore. I’ve taken one of his modules before, Film and History, which was a whole load of fun, especially with his sardonic wit – thinking back he also rather reminds me of Mike Krahulik (Tycho from Penny Atcade). What strikes me, however, is how I remember him introducing himself. He had a photo of a napkin with Stan Lee’s autogrpah, a photo of himself with Stan Lee (or was it the Hulk? This part is a bit fuzzy), after which he goes on to explain that he studied comics back in the US before he got sick of it and gave up on comics altogether. I wonder what caused a change of heart, but maybe after spending so long in a place where comics aren’t really part of the public consciousness it did give him a chance to reset such feelings.