It’s been a whole 16 years since the first X-Men movie, and director Bryan Singer returns again to lead our band of merry mutants against their biggest threat yet – the all-powerful Apocalypse and his four horsemen. In a year full of comic-book movies – X-Men: Apocalypse is the fourth this year, would you believe it – will it be the X-Men’s last stand, or a first-class X-perience?

A movie reviewgitation of X-Men: Apocalypse with

X-Men: Apocalypse is an odd beast – perhaps moreso than any of the other comic-book movies we’ve seen this year –

Well, it’s still better than Batman v Superman: Dawn Of Justice that’s for sure (I admit I have full on Snyderhate).

Despite retaining most of what made the previous X-Men: Days Of Future Past a fun watch (anything from writers to director to actors), what we do get is a movie that is more than the sum of its parts – which means the best way to look at this might be to break it down into its little components just to see what ticks, and what doesn’t.

Ah, Michael Fassbender. A more than capable replacement for the great Sir Ian McKellen, Fassbender has made the role his own. He remains the standout character in these movies, and no matter how horrible the lines he has to deliver, you’ll believe that he means it. The rest of the returning cast, such as James McAvoy and Nicholas Hoult do pretty-good performances, while Jennifer Lawrence continues to coast as Mockin … Mystique. But well, she sells tickets.

But where the film falters is how the new cast members don’t quite edge their previous counterparts. Kodi Smit-McPhee does the best as the new Nightcrawler, despite Alan Cumming’s wonderful performance hanging over him in the shadows. It’s a lot harder for Sophie Turner to make Jean Grey her own, especially after Famke Janssen’s tear-jerking return in Days Of Future Past – though she tries, and shows more than she has ever had as Sansa Stark, while Tye Sheriden just can’t do Cyclops like James Marsden, and Ben Hardy’s Angel is largely forgettable.

Hmm. I’m undecided on the new cast. I much prefer Alan Cumming’s Nightcrawler, so I didn’t think much of Smit-McPhee. He does get extra 80s points for his red Thriller jacket though.

Alexandra Shipp’s Storm is very promising, especially compared to Halle Berry, and, well, Olivia Munn’s Psylocke and Lana Condor’s Jubilee very easily take down any of their earlier counterparts. It was very puzzling, however, how Jubilee got left behind in a huge way in the movie.

I like Shipp as Storm (she’s rocking the mohawk) as much as I hate Ben Hardy as (Arch)Angel. The look is wrong, and motivation and … well … everything else about him is too.

Speaking of everything wrong, let’s not forget Oscar Isaac as Apocalypse … I think he must be very happy that he’s very unrecognisable in the role.

I can’t unsee Ivan Ooze. So much so that when there are “posey” shots of him with his four horsemen (of which there are a lot), I kept on seeing the Power Rangers.

I felt it was very sad that despite this being the third film of the prequel trilogy, and after the spiritual passing of the torch that was Days of Future Past, this movie does feel like a squandered opportunity to firmly establish this iteration of the cinematic X-Men.

That said, I definitely think it’s unfair and unrealistic to expect such a young, relatively untested cast to deliver with the same gravitas of older and more experienced actors, and am tempted to even suggest that it was a directorial decision for the characters to appear inexperienced. I’d like to think that Shipp, Smit-McPhee and Turner all have the chops to take this franchise further.

X-Men: Apocalypse seemed to be confused whether they wanted to be a nostalgic tribute to the 80s (the way First Class was for the 60s and Days of Future Past was for the 70s), an allegory for the fallacies and limitations of humanity and their systems, or a straight-up superhero slobberknocker. Maybe they wanted to be all three, but the lack of a clear, coherent arc results in a generally weaker story. Honestly, I’m very curious how screenplay writer Simon Kinberg could’ve written Days of Future Past, and now this. Then again, he also wrote Fantastic Four, so maybe the previous X-movie was the exception rather than the rule.

Ha, I’m not sure if the writers have ever had an actual conversation with another human being – Fassbender deserves some sort of honorary Oscar for the way he managed to deliver his lines with pathos and a straight face. Sure, there are nice touches – such a wink towards how bad X3 was – but in general all the script does is to hammer home what faint motivations each character has a few times, in case you forget.

You’re right about this – I think Captain America: Civil War showed how you can introduce multiple characters – such as Black Panther and Spider-Man into a huge ensemble piece seamlessly. While some of the callbacks were a nice nod to comic-book history, the first half of the movie just sagged as much as Apocalypse’ soggy breeches.

The movie also seemed to have trouble establishing the ten year gap between Days of Future Past resulting in the aforementioned overuse of exposition, not all of which is believable. In particular, it was difficult to wrap my head around the idea that it had been two whole decades since the events of First Class, when everyone, especially Nicholas Hoult and Lucas Till (but also James McAvoy and Rose Byrne), pretty much looked the same.

As for story, I think Age of Apocalypse was … acceptable. I could deal with the amount of stuff crammed in, but I would have prefeered introducing Apocalypse proper as the villain in a second movie. Why not let Apocalypse be the X-Men’s Thanos/Darkseid character? Let Angel be part of the X-Men. Let them battle a herald of the Apocalypse and win (I propose Mr Sinister), but Angel is left crippled. In his brooding angst a figure steps out, offering … salvation.

But the movie companies instead seem hellbent on packing as much exposition into a movie as possible. So we end up with a movie more worried about keeping explaining everything away (and failing) than it is about plot. Then again, I am one of the few who watch superhero movies for the character and plot, so maybe the ‘exposition and explosions’ demographic is larger than I thought.

Personally, I question the fixation on Magneto as the main character – his arc in Apocalypse didn’t feel as convincing as it did in the two previous films and as a result I had less emotional investment in his role, except to resent how it was essentially taking screentime away from characters who would’ve benefitted from more nuance.

Perhaps it was unrealistic expectations, or maybe it’s just superhero saturation, but at no point did I feel there was any real threat in Apocalypse and his Four Horsemen. Not least because, other than Magneto, the other Horsemen didn’t seem to have much augmentation to their powers.

Magento became more than capable of wreaking havoc on a global scale, but Angel and Psylocke were barely utilised and Storm’s Horseman powers were embarrassingly mediocre. In fairness, several of the X-Men weren’t that impressive either, but surely it’s not that unfair to have high expectations of the Horsemen of Apocalypse? Either way, when it came down to the climatic fight, the poor choice of characters was most apparent.

I think when it comes to the action, X-Men: Apocalypse managed to just well enough to have some semblance of an action movie. It’s not quite the tarmac fight in Captain America: Civil War, and for good reason – there’s just not enough time to care for all the rebooted characters, and they also never really feel like they’re in danger.

An apocalypse this is not – despite all the damage and destruction, the greatest mutant that ever lived is taken down by a greenhorn team, albeit through some still-nifty sequences.

We had some great set pieces. As usual, Quicksilver’s scenes stole the show, and Nightcrawler’s BAMF-ing and some aspects of the final battle were suitably epic, but I could not deal with some of the CG. Some scenes, especially the ones in the aftermath, look like they were only rendered halfway. Ugh.

AND PUT IT ALL TOGETHER

And I think you get, oddly, an enjoyable movie that is more than the everything bad the filmmakers have managed to throw in. What Bryan Singer has delivered is a Sunday-morning cartoon version of the X-Men, where there was cheesy dialogue and world-ending situations every other week. And you know what? It works.

He might be the titular villain of the film, but Apocalypse was a laughable mess in terms of just how scary he was. Ivan Ooze’s been mentioned before – and the comparisons are true, for Apocalypse just exudes a cartoon-villain vibe. He, try as he might, fails to truly inspire any fear – but with enough distraction and Fassbender’s x-treme acting there’s just enough to pull this Sunday-morning jaunt together.

That’s the thing. This is a fan movie. While I enjoyed many of the in jokes and reveals, I can only imagine how hard it must be to understand, especially if you have absolutely no background knowledge in the X-Men. Yes, it’s true that Apocalypse’s powers in the comics are essentially ‘plot’, but couldn’t you spend some more time explaining them anyway? Even more amazingly, while he has abilities like immortality and energy absorption, I think his most amazing power is being a fashionista. HE MAKES ALL OF HIS HORSEMEN’S OUTFITS. HE IS A GORRAM STYLE MAVEN.

Speaking of outfits though; the final X-Men outfits (and I mean the final FINAL ones) are great. Wish we could have seen more of them. Wonder if Apocalypse designed them too.

It may not have been obvious in what I’ve said so far, but I did enjoy the movie overall. It was a largely brainless adventure film that I don’t expect would not derail the X-Men film franchise at all. However, it was definitely the weakest of the prequels, and while nowhere as bad as The Last Stand, definitely felt like Singer, Kinberg and the rest of the crew dropped the ball.

Some people want to enjoy movies at a popcorn level, and this movie will do it for them. It’s not something to be debated years after in the canon of best comic-book movies ever, but this, in all senses of the word, is a reboot, and I think they’ve done just enough to sweep off enough dust to justify one more. But maybe without Singer at the helm, because it’s clear he doesn’t have a grasp on this franchise anymore.

Stay back for the end credits stinger too. It’s a vaguely foreshadowey piece, but it’s pretty long so it’s worth the wait.

Heh, I actually found the stinger a huge bore.

In Singer's latest outing with the X-Men, when it works it works, when it doesn't, pbbbbbbffffttttt.

Who is Wonder Woman's Singaporean connection? 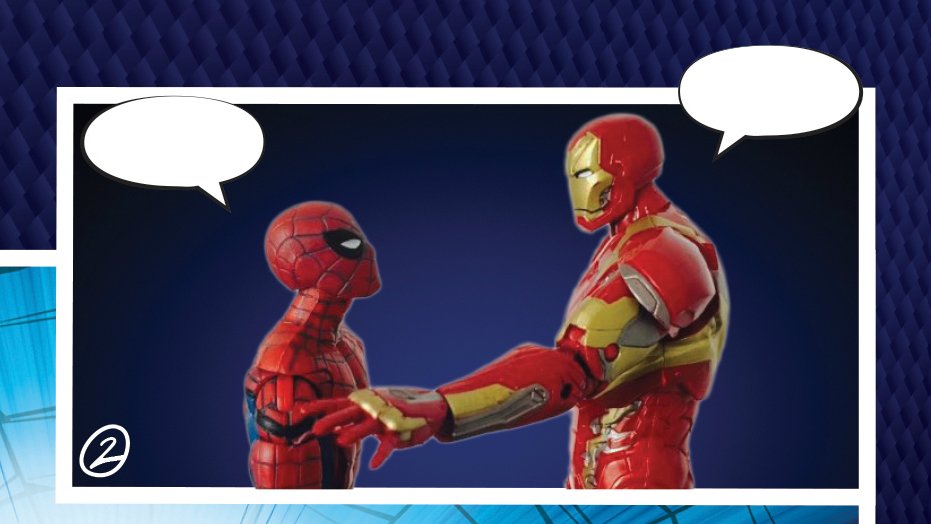 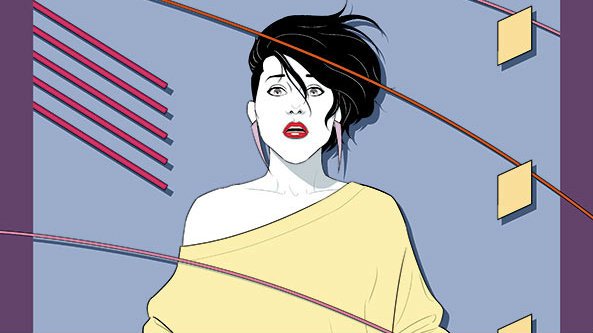