WWE 2K19 is the latest professional wrestling video game to hit stores. It is the sixth in the WWE 2K series and a lot is riding on this year’s edition after growing discontent with its predecessors. Just check out our previous reviews of WWE 2K17 and WWE 2K16 to see what I mean.

One of the fundamental gameplay modes in each edition of the game is MyCAREER mode, which allows you to create a pro wrestler and rise the ranks in the WWE.  Now the criticisms of previous years’ editions of WWE 2K touched on many aspects of the game, but MyCAREER is the one gameplay mode I consistently spend the most time on each year. Very often, MyCAREER makes or breaks the game for me.

And last year’s MyCAREER experience was JUST. SO. EXCRUCIATING. After helplessly grinding at the game for less than a week, I was almost ready to say goodbye to the WWE 2K franchise altogether. I decided I would give it one final chance to get it right, and I’m glad I did.

I’ve been so pleased with the just the items in the Collector’s Edition I did an unboxing article for it. But most importantly, how does WWE 2K19’s MyCAREER mode fare?

The WWE 2K series offers an astounding depth of customisation options each year, allowing you to create a pro wrestler that you truly identify with. But as with last year’s MyCAREER mode, you won’t get a chance to become mired in the creation of your MyPLAYER. In order to throw you into the action, they offer the bare minimum of physical appearance and clothing options, so there’s only so much variety you can initially add to your character.

This won’t sit well with some fans, I imagine, but at least in WWE 2K19, this limitation is explained with a storyline reason. And this is just the first of many ways in which the WWE 2K19 MyCAREER mode is far superior to its predecessors.

MyCAREER gives your MyPLAYER a much needed personality

In WWE 2K19, MyCAREER mode is an epic pro wrestling storyline with twists and turns, starring your MyPLAYER as the protagonist. Your story begins with you as a financially strapped performer in an indy federation – which is why you don’t have much access to flashy, complex outfits. Your MyPLAYER’s initial limited clothing options suddenly don’t feel like a restriction, but a way to better immerse you in the story.

The storyline is predetermined, which gives WWE 2K19 the chance to make it fully voice-acted. Your MyPLAYER is voiced by A. J. Kirsch, indy pro wrestler and former Tough Enough contestant. Kirsch also provided motion-capture for the game, giving your MyPLAYER a certain kind of swagger wholly appropriate for an up and coming Superstar.

Several WWE Superstars also lend their voices to the game, so there’s a real flow to the interaction between them and your MyPLAYER. Yes, the script is corny, with loads of dad-level humour at times, but it’s still pretty fun to hear the Superstars give their all in the VO booth.

A MyCAREER that is both familiar and new

At the start of your MyCAREER, your MyPLAYER gets scouted by Matt Bloom, and eventually receives an NXT contract. But it’s here that the traditional MyCAREER route quickly goes off the rails. Nicknamed “Buzz”, your MyPLAYER quickly becomes the talk of the town, but for all the wrong reasons.

This is an epic pro wrestling storyline and it’ll involve backstage shenanigans, clashes with Triple H, challenging rivalries and weird alliances that blur the lines between reality and kayfabe, fact and fantasy.

It’s quite a significant departure from last year’s MyCAREER attempt at some kind of WWE kayfabe simulator, and some storyline arcs, such as the Bray Wyatt feud, may turn some fans off. But to these folks I say, 2K Games is finally doing the right thing by doubling down on the fact that this is ultimately a video game. They’ve stopped taking themselves so seriously, maybe you should too.

MyCAREER is really 2K Showcase for your MyPLAYER

MyCAREER mode borrows a key element from the game’s Showcase mode. In order to keep you engaged in their linear, engaging story, you must accomplish specific goals in each scenario to progress. This eliminates the repetitive grind of putting on match after match to earn in-game currency that caused previous years’ editions to lose their shine.

Instead, you’ll see objectives such as “Get your opponent down to yellow health and strike them in the ring” or “Reduce your opponent to red health while in the ring” and even “Player must win by KO”. There are also extremely specific objectives, such as “strike your opponent while on the entrance ramp” or “Get Bray Wyatt to your van in the Parking Lot” but those are storyline specific and generally don’t detract from the gameplay as a whole.

In fact, about 70% of the objectives are the same open-ended “Player must win by pinfall or submission”. While generic, this is a huge improvement for two reasons. Firstly, you don’t feel you have to pull out the same 5-star match all the time – the in-game currency you earn does not depend on how long the match lasted nor are you penalised for spamming the same move over and over again to win. Secondly, you can’t “force” a win either – forcing your opponent to stay out of the ring and get counted out no longer counts as meeting the objective.

WWE 2K19’s MyCAREER mode feels like a significantly more streamlined experience. You don’t spend so much time on loading screens because everything’s just so linear. You don’t waste time in pointless matches that don’t contribute to the storyline, and best of all your storyline never gets derailed because your story doesn’t progress unless you complete their exact objective.

WWE 2K19 feels like what WWE 2K18 originally planned to be. The backstage areas are exactly the same as when they were introduced last year because that wasn’t what was broken. What was eye-clawing and mind-numbing was the need to keep walking back and forth in the same backstage area just to talk to different Superstars. WWE 2K19 MyCAREER simplifies that with a convenient hub where you can not only interact with others backstage, but also update your MyPLAYER by spending the Style Points you’ve earned, or by updating his entrance, Moveset and so on.

I also like that elements of the game’s other modes are written into the storyline. At one point in MyCAREER, you have to use the game’s vast customisable features to design your own championship belt. Now this is a feature that’s been around for ages, but as a player I’ve never bothered with it. Suddenly, simply because I’m given a storyline reason to do so, I actually spend more than a minute to come up with this silly design.

If I had to name my biggest complaint about WWE 2K19 MyCAREER, I’d say this: I still find it amusing how “faithful” to the onscreen product the WWE 2K experience is. Certain supposed “real life” events in WWE 2K’s MyCAREER storyline would seem really out there in the real world and would be genuine cause for criminal proceedings.

But then you remember how The Shield got arrested on live TV, arraigned before a judge, processed and posted bail all in the same night, on Labor Day, a national holiday, JUST LAST MONTH, and you realise this is nothing new in WWE’s kayfabe reality.

For the first time, perhaps, 2K Games has finally figured out how to encapsulate the whole WWE experience in a fun way. It’s by not taking anything seriously, and focusing on making a fun video game, not a weird kayfabe simulator. The game was marketed with the tagline “Never Say Never” and it’s surprisingly appropriate considering it’s a consistently pleasant surprise. 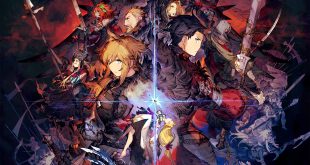 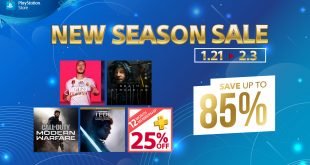