As we approach the end of the year, we at HereBeGeeks end up reminiscing of the year gone past… which leads to discussion of what’s probably the best and worst things that happened in 2010; in this case movies. And which leads us to this list of the best Geek movies of 2010. Bear in mind that this is a volatile mix of how good the movie is objectively, how geeky we think it is as well as the ineffable je ne sais awesome. Feel free to agree or disagree with us; that’s what the comments box is for after all! 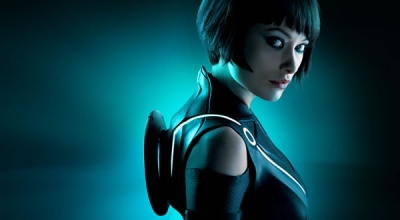 As the most recent geek movie, and probably one of the biggest movies this year, Tron Legacy makes its way in to 5th position of our list. Its visual effects, luminescent costuming and mind blowing soundtrack by dance maestros Daft Punk combine in an electronic spectacle that left us wanting more. While the directing and story could definitely use some tightening up, Tron Legacy leaves us hopeful that we will finally see a Cyberpunk/Hacker movie the way it was meant to be seen; jacked into the neon grid.

4: How to Train Your Dragon

From the main designer of Lilo and Stitch and Kiskaloo comes a heartwarming story about probably the geekiest Viking ever invented and his coming of age story- with his dragon. More dragons and bizarre mechanical contraptions than you could shake your mead-stained tankard at lands this movie firmly in geek category, while hilarious dialogue, great visual directing and probably the most awesome dragon you’d ever want as a friend makes this one of the must see family-friendly movies of the year, and a solid contender for 4th spot. The whole lot of D&D references? Icing on the cake.

A movie that sticks close to its indie comic roots, a cute schoolgirl that swears like a sailor and probably the best superhero fit for Nicholas Cage EVER (we’re looking at you Ghost Rider) makes the superhero inversion that is Kick-Ass a hilariously dark and violent romp. The R rating didn’t do it any good in the box office, but independent film making allowed director Matthew Vaughn and comic creators Mark Millar and John Romita Jr the freedom to make their movie the way they wanted to be made. With no power comes no responsibility. And with no budget comes no need to be a blockbuster to be profitable. 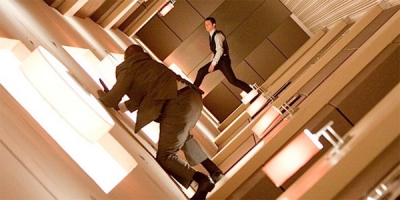 Probably the biggest movie this year, and definitely the most talked about. A huge blockbuster with names like Leonardo DiCaprio and Christopher Nolan probably guaranteed that most people would watch it, but tight storytelling, characters and great directing elevated Inception to the watercooler phenomenon that it was. The fact that it had great visual effects and Hans Zimmer directing the orchestral music didn’t hurt either. Unfortunately though, its very acceptance in mainstream is probably one of the things keeping it out of the top spot…

1: Scott Pilgrim vs the World 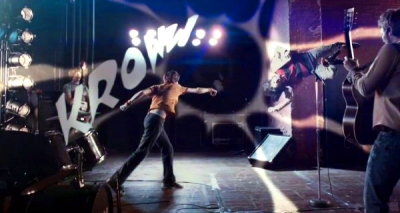 Combine amazing director Edgar Wright, breakout comic dude Bryan Lee O’Malley and actors familiar to geeks (Brandon Routh, Chris Evans and Michael Cera), and you get the most awesome and geekiest movie of 2010, possibly ever. With probably the coolest 8-bit special effects ever, and hugely memorable one-liners from the comics as well as references to games that all geeks must have played while they were growing up, Scott Pilgrim vs the World is probably the movie of our geek generation. It is also one of the few movies that is so full to the brim with… STUFF that you can’t help but discover more every time you watch it.

Unfortunately, Scott Pilgrim vs the World suffers from what we’d like to call ‘the Whedon Effect’; being as universally ignored as it is lauded by the geek community. Scott Pilgrim vs the World is our pick for top geek movie of the year, and is a movie we wish would have been watched and enjoyed by more people around the globe. Our Blu-Rays have been burst open – maybe we could run a screening? Anybody for this? 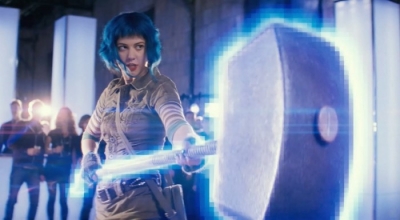 That’s it for the top 5 geek movies of 2010. Feel free to agree or disagree with us, and be sure to stay tuned for the worst 5 geek movies next week!