Cities: Skylines is a city builder and simulation by Colossal Order and publisher Paradox Interactive. The easiest way to describe it is ask what it is, and what it isn’t. What is it not? It is not Sim City 2013. What is it? It is what Sim City should have been. We all know the SimFiasco Sim City was, and as a long time, LIFE TIME fan of Sim City (the first game I paid money for was for the original Sim City, in the MPH next to the now torn down Central Lending Library), no one felt the betrayal of Sim City as much as I. And it almost seems impolite to cheer a game that is so similar to Sim City, so soon after Maxis’ passing.

But cheer we must, because Cities: Skylines is a damn good city builder. It is too awesome for me to say in paragraphs, so let me give it to you in point form.

1) It is obscenely big. One tile alone is already larger than your build area in Sim City. You have access to 9 tiles, pre-mods. After mods the size jumps to 25 tiles. Honestly after 20k Cims (Cities: Skylines Sims), it starts getting hard to manage. I broke 100k after 7 tiles, while others have broken 400k Cims. 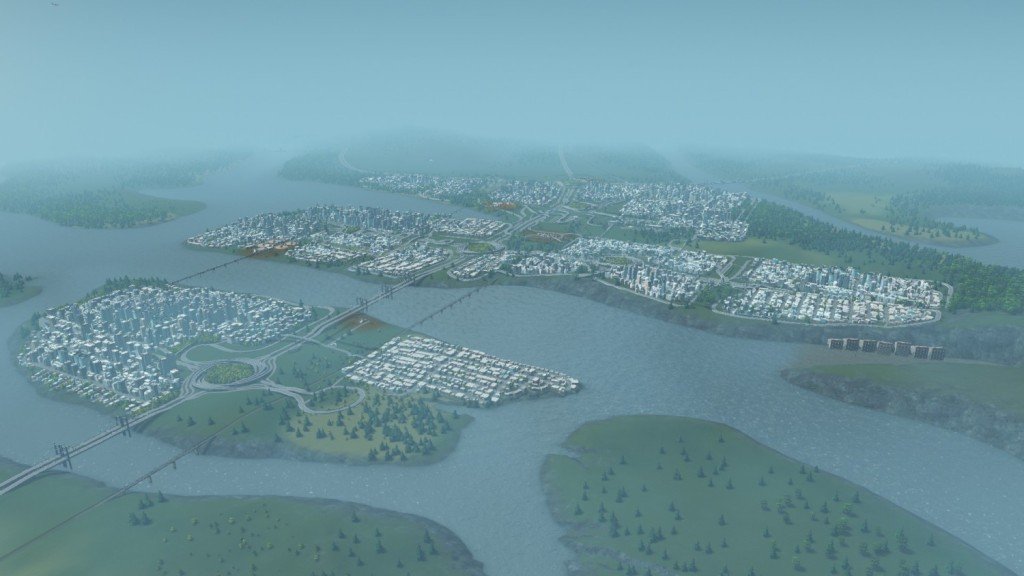 2) Districts. Most City Builders allow you to use policies to customize your cities. Ban smoking, boost education, so on and so forth. Cities: Skylines allows you to paint specific zones and only apply your policy rules to THAT PLACE. You now can ensure no high rises next to your airport, or allow recreational drug use at your Spring Break beach front. Conveniently named ‘Spring Break Zone’. Speaking of which… 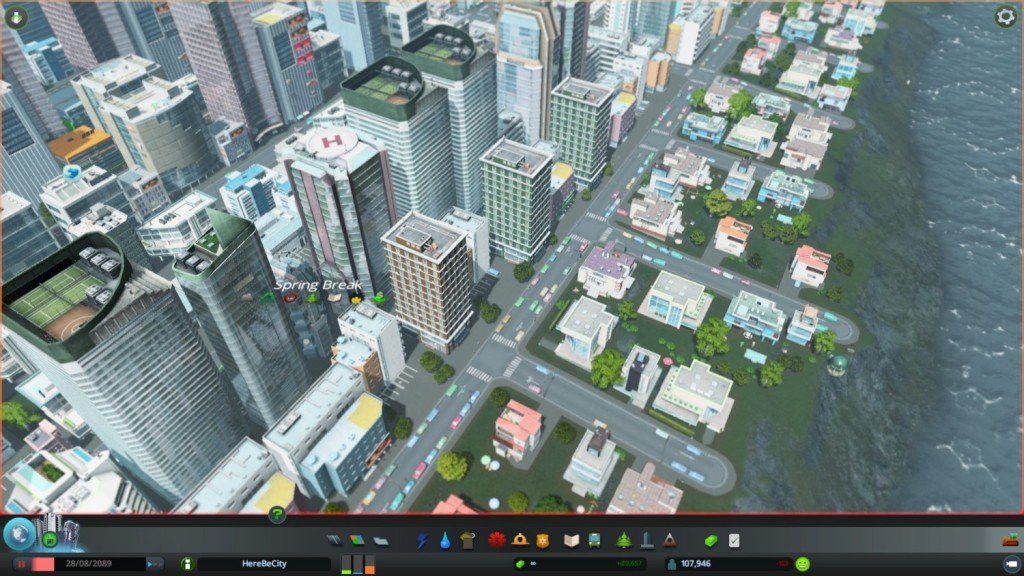 3) You. Can. Name. Everything. Every district, every building, every Cim. Whether or not you can find it again later is another question. But you can customize everything.

4) Related to customizing, Colossal Order made Cities: Skylines incredibly open-sourced. Their asset tools and mod tools are incredibly robust, and this has led to an EXPLOSION in Steam Workshop assets. As of now, there are roughly… 4000 maps. 150 mods. 2000 save games. 15000 assets (mostly intersections, parks and buildings). Yes, you will have to search but there are some amazing gems in there. I’ve already found Korra’s Republic City. Singapore. Tamriel. In and Out. It’s amazing what people will create for you if you just give them the chance.

5) Point 5 is actually two points. While the terraforming tool could be improved, there are two things that I find amazing in Cities: Skylines. Firstly, the map creation tool allows you to import height maps (greyscale scans of maps) and it turns it into an ACTUAL map. Some areas may be too jaggy and need post-production work, but that you can auto import real-life places is amazing (and one of the reasons why the maps in Steam Workshop exploded). Also, Cities: Skylines and dynamic water. DYNAMIC WATER. I DID NOT EXPECT DYNAMIC WATER IN A FRIGGIN CITY BUILDER. It is hilarious damming up you sewage and having that shit water overflow and flood your town. Could totally happen.

6) Constant updates. Colossal Order likes to ensure a decent product, and have updated other games multiple times. Cities Skylines has already had one update within the first 2 weeks to fix a few bugs out there. 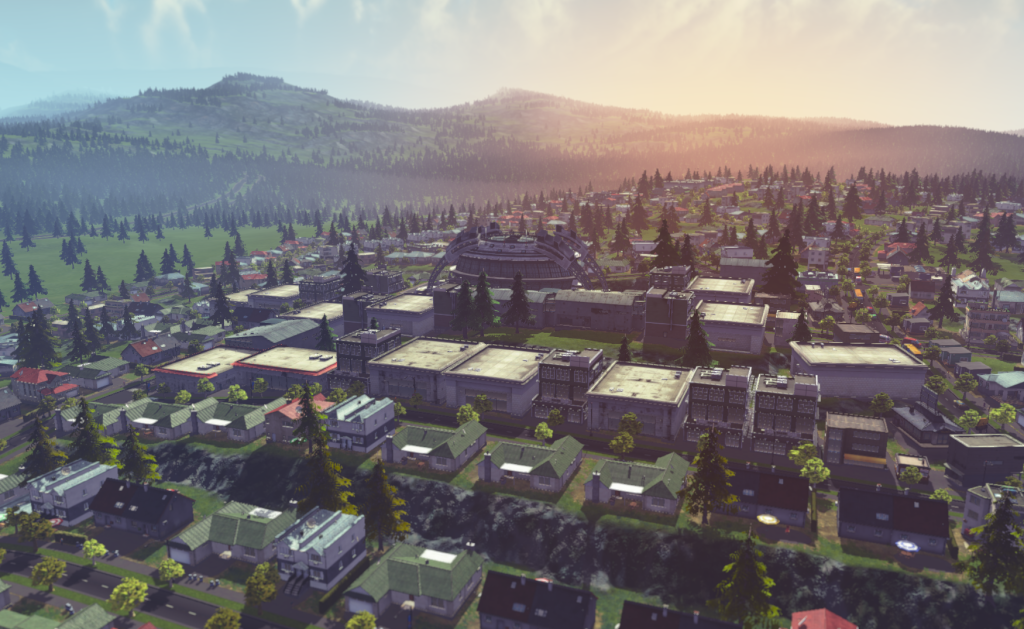 That is not to say some things could not be improved. For example, while traffic pathing is generally okay, the Cims do not adjust their routes in transit. While if you place an alternate route, some of the later Cims will use it, the ones already stuck in traffic will not take the alternate route. They also will not change lanes to save their lives. They are the most law abiding citizens ever, to the point of causing traffic jams. Also, Colossal Order did cheat a bit, and their cars and vans despawn after getting stuck in traffic for a set amount of time, which does free up traffic a little bit. Considering they made the traffic simulator Cities in Motion, I’m kind of annoyed that traffic pathing is weak in this game. That being said, these are not problems you cannot fix with the tools provided. Public transport and alternate routes do alleviate the first one, and if you want to go hardcore and switch off traffic despawning, there’s a mod for that.

Yes, there are bugs in the game. But still, I am very very impressed by it. Cities Skylines is the Sim City we all should have had. It is also the Sim City that I believe could have been made had Maxis not been hamstrung by middlemen and ‘business ideas’. I have been playing it through the entire week I got it, and if you are ever interested in city builders, you should get it too.