Forgive us for the long break, but it’s for a good cause. With one of our Geeks married this weekend, we’ve been running around with lots of stuff to do. But Melvin’s done up a great new post, and it’s time to check out what’s going on in the world of comics.

Forget the aliens and the ancient gods for a second cos it’s time to take a walk down to the wrong side of town with these street crime gems. 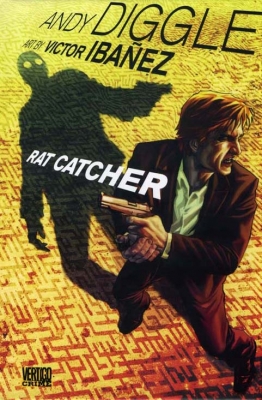 It’s a capital crime if you are not reading this hardcover. New York Times best-selling author Andy Diggle (The Losers, Green Arrow: Year One, Daredevil: Born Again) has proven himself to be one heck of a terrific writer when he’s writing gritty crime stories pulled from today’s headlines.

There are no men in tights or armor suits here, this is a pure crime thriller at its best. With Rat Catcher by publisher Vertigo Crime, Diggle takes us to El Paso, Texas where the FBI is on a manhunt for the mysterious Rat Catcher, a peerless mob assassin who specializes in silencing mob informants within the Witness Protection Program. Expect double-crosses, triple-crosses and an ever-escalating body count.

It’s fast-paced and a solid, clever piece of storytelling. From the opening scene with the FBI’s safe house burning away, I couldn’t put it down as each page just flows flawlessly and cinematically onto the next. With the action, crisp dialogue and Victor Ibanez’s mesmerizing noir art style, it’s almost like watching a summer movie blockbuster.

You might spot some of the many twists before they hit you and the ending might seemed a little rushed, but this is still one of the best crime thrillers out there today. 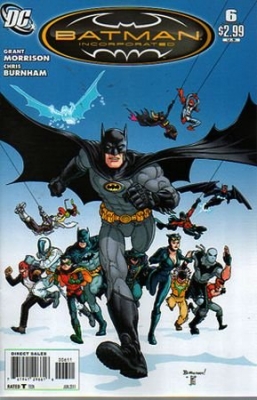 Grant Morrison’s run on the Batman has been an emotional roller-coaster ride for me. Batman: The Return of Bruce Wayne gave me a terrible headache while Batman and Robin painted a smile on my face as wide as the Joker’s. So where does Batman Inc. #6 leave me? In a pretty good place actually.

The first five issues of this ongoing series introduced us to a few of the new international Batmen as the original Dark Knight goes on a global recruitment drive. Some of the issues were better than others. But with this sixth issue, it’s time to put the new and old Bat team into action. There’s a new mystery villain, The Leviathan, uniting bad guys from around the world, and we finally see the members of the Bat family working together. Remember how back when Morrison was writing the Justice League and Batman was always like five steps ahead of everyone, good guys and bad? Well, our Scottish writer does it again here as we see Batman, the ultimate strategist and tactician, doing what he does best.

The action is swift and moves between the different heroes around the world, Batman’s other team the Outsiders also show up to lend a hand and it’s fun watching this latest global crime-fighting machine kick into high gear.

Artist Chris Burnham’s style kinda reminds me of Frank Quitely’s pencils. It’s bright and cheery at times yet dark and disturbing when the scene calls for it. An all-round good enough issue to start following the adventures of Batman Incorporated. 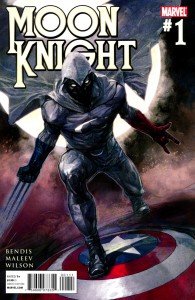 This is one issue that really needs to be read more than once to truly appreciate it. Why do I say that? Cos writer Brian Bendis (The Avengers, Scarlet) personally told me to!

When I read it the first time, I thought it was an interesting, street level action story like his previous Daredevil run, also with artist Alex Maleev. Avenger member Moon Knight has made Los Angeles his stomping ground while his alter ego Marc Spector is working the Hollywood circuit as a TV executive producer. So it’s really no big surprise when some of his Avenger teammates show up and ask for some assistance, to take down some L.A. mob guys. Now the unique thing about Moon Knight or Marc Spector is that the character has been portrayed over the years as an urban hero who suffers from a case of multiple personalities.

So after reading the first issue, I found it just a little over average in terms of plot and story, although some parts were a little peculiar, like when Spidey asked, “what’s adamantium?”. I thought it odd that Spidey didn’t know that so I tweeted to Bendis about it. He replied, telling me to go read the last page again. I did and it blew my mind away! No spoilers here but that last page changes everything! I must be getting old to miss it. The only hint I can give is it’s almost on the level of ‘The Sixth Sense’ movie ending in more ways than one. Needless to say, I’m highly recommending Moon Knight #1. 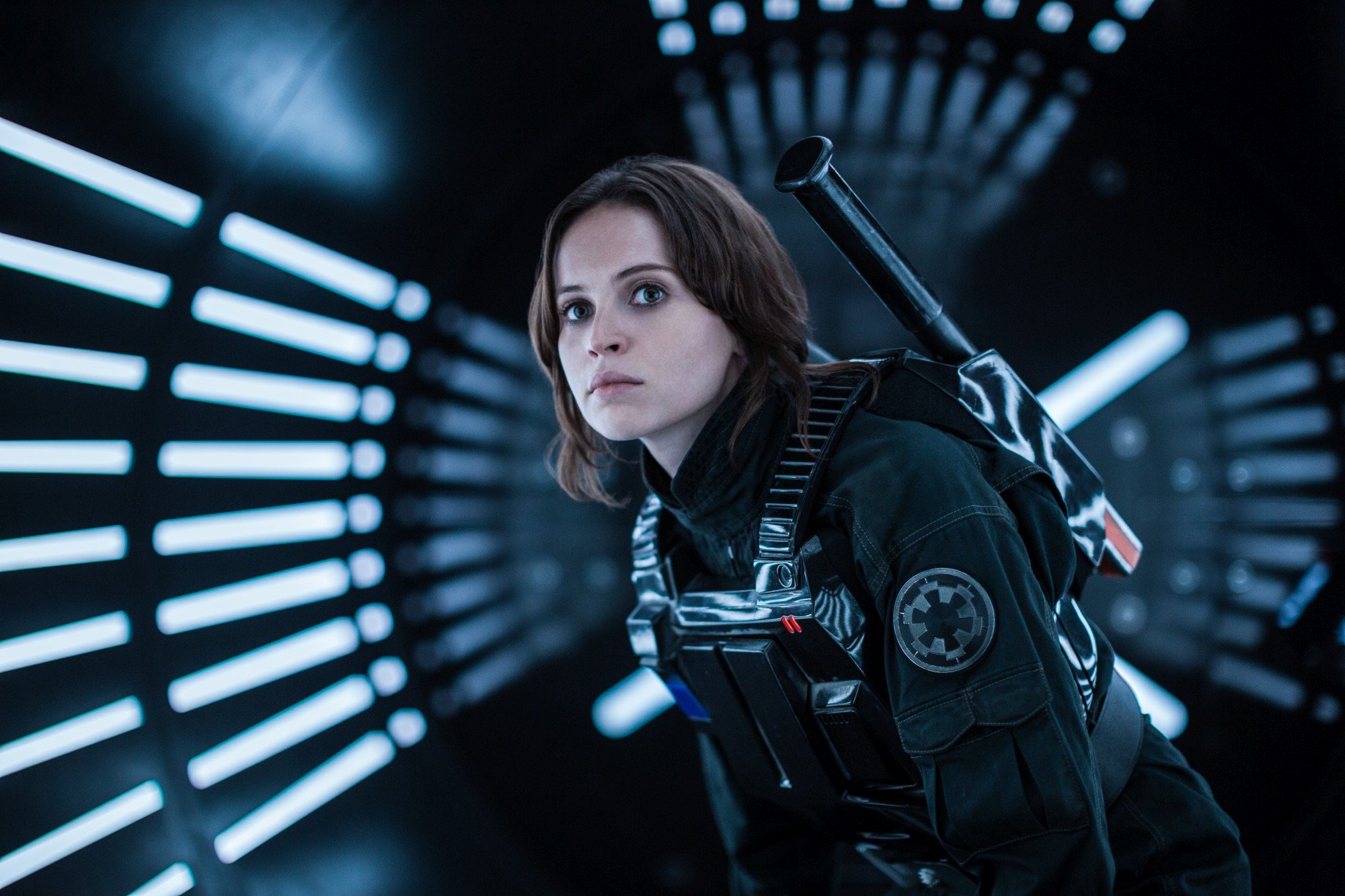