What a week this has been for comic books! New exciting storylines, major revelations and some crazy cliffhangers, so look out for more than a couple major spoilers coming your way below. 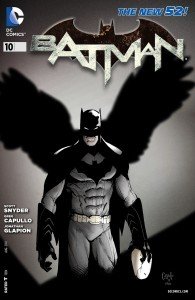 The big revelation here is the identity of the one main Owl or Talon that’s behind it all and it’s none other than Bruce Wayne’s long-lost brother Thomas Wayne Jr.! Hang on, I know it sounds like a Deus Ex Machina but really it’s not. Snyder and artist Greg Capullo have both been meticulously planting the seeds towards this big reveal throughout the year. From folks who noticed the close resemblance between Bruce and Lincoln March aka Thomas Wayne Jr. (some even started criticizing Capullo’s art because of it) to the little visual clues hidden in past panels.

Reading this issue kinda reminded me of how I felt when DC brought back Jason Todd or when Marvel did the same with Bucky. Part of me went “WTF?!?” but once I calmed down and read the issue(s) again, it all made sense. For starters, Thomas Wayne Jr. was an actual character created and killed off back in the 1970s in the pages of World’s Finest. Couple decades later, writer Grant Morrison and artist Frank Quitely would reintroduce Thomas as the villainous Owlman from an alternate-universe in the graphic novel JLA: Earth 2.

So here’s a little known character that Snyder has managed to develop and update into a full-fledged hot new villain that’s the antithesis of the Batman, the Talon. He gave the guy an interesting history and padded it with some engaging character development. It’s a year long plot that all came together beautifully. Man, I just can’t wait for the conclusion next issue and by the way, I already spotted the first chapter of Batman: Court of the Owls at our local library. How cool is that? 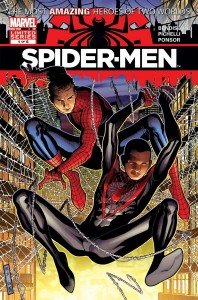 Spider-Men #1. Come on, this is the team-up we have been waiting for since the Ultimate universe was introduced over a decade ago. Ok, so maybe one of the Spideys looks a little different right now but you know what I mean.

Honestly, I wasn’t too enthusiastic about this at first as I felt that writer Brian Michael Bendis’ recent work on the Avengers titles just weren’t cutting it. But thank goodness, Spider-Men #1 blew me away. The Peter Parker that we are all familiar with, complete with smart barter, was in good hands. Lots of fun action scenes by artist Sara Pichelli, wonderful artwork that complements Bendis’ storytelling.

The spotlight is all on Parker in this first issue as he runs into the Mysterio from the Ultimate universe and well, that’s when the fun begins. All in all, an entertaining start to a story that would most likely launch a hundred more team-ups between the two universes. 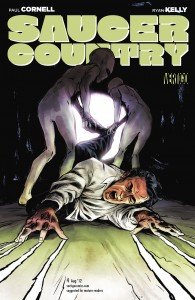 Saucer Country #4. This Vertigo title started out pretty good. Folks have described it as The West Wing meets The X-Files and I enjoyed the first couple issues immensely. But after four issues, it seems like writer Paul Cornell is still kinda moving the story at a slower than usual pace.

On the surface it’s about a Hispanic female U.S. Governor hopping to run for President, but she and her ex-husband just may or may not be victims of an alien abduction. Of course, there’s a whole lot more layers of intrigue and conspiracy theories underneath it all. 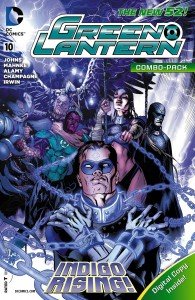 Green Lantern #10. Reading this latest Green Lantern saga by writer Geoff Johns and artists Doug Mahnke and Christian Alamy was like re-watching all those old cop-buddy movies from the 80s and 90s, from Lethal Weapon to Bad Boys to Rush Hour.

The conclusion to the Secret of The Indigo Tribe storyline made me snigger out loud. Green Lantern and Sinestro forced to work together with Jordon playing it straight and Sinestro as the gung-ho, trigger-happy partner. There’s even a truck chase in an alien jungle! Plus a certain Black Lantern returns next issue! What’s not to like here? 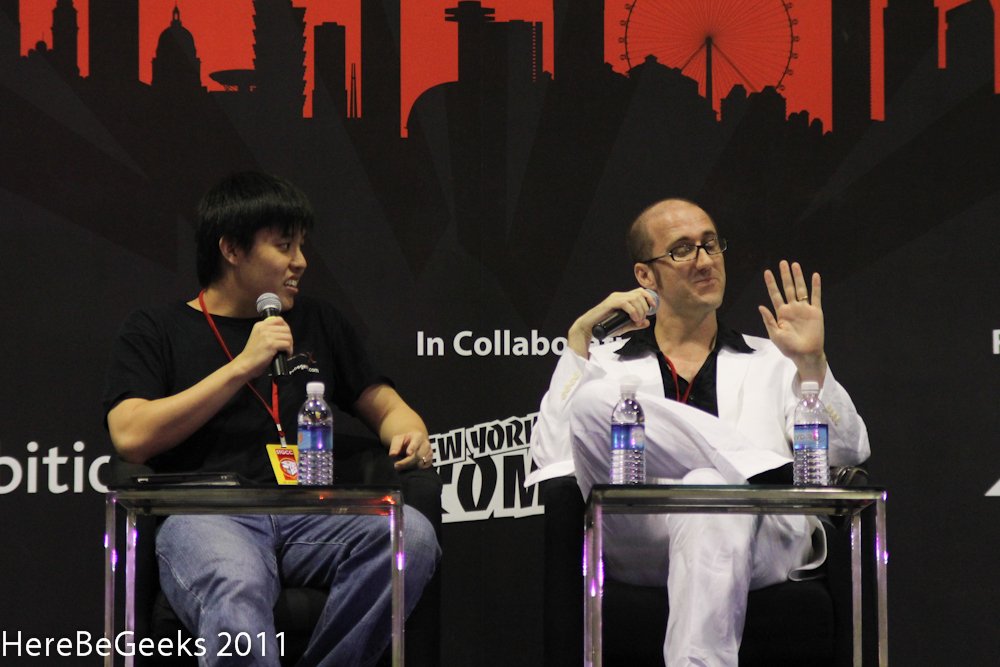