“This is the best action movie I’ve ever watched,” said the significant other, as Junkie XL’s music played over the ends credits. After sitting and absorbing what just occurred on-screen while watching Mad Max: Fury Road, one thing is clear – “best action movie” isn’t too far from the truth.

Mad Max: Fury Road tells the story of the titular character, “Mad” Max Rockatansky (Tom Hardy), who’s trapped by King Immortan Joe’s (the returning Hugh Keays-Byrne, who was Toecutter in Mad Max) army, the War Boys. Brought along by Nux (Nicholas Hoult) on a vehicular chase as a portable blood bank, he meets Imperator Furiosa (Charlize Theron), and they embark on a high-speed game of catching across the wasteland.

What follows is two full hours of non-stop pure un-adulterated action. Action scenes careen from one to another, and the next thing you know you’re gasping because you’ve been holding your breath for minutes. It’s intense, it’s crazy, and it’s more often than not, funny – this is a top-notch popcorn pulp movie, without all the fluff or boring John Carter-ness.

And really, with names like Immortan and Furiosa, together with the post-apocalyptic nuclear wasteland premise, Mad Max: Fury Road is plucked directly out of late-70s, early-80s film. Even the apocalyptic-punk aesthetic remains, and even if you’re new to the series, the Wasteland is a fully realised world, filled with backstory and depth and wonders. Imagine how an 8-year-old you would have a mind full of potential with each new fantasy world you watched – except you’re actually as old as me. I mean, there’s this, which is like some Tim Schafer / Spinal Tap fever dream turned up to 11:

The genius of it all is how George Miller, all of 70 years old, manages to take Mad Max kicking and screaming from the 70s and places it right in front of us ready to be enjoyed again without really messing with it. It’s not really an update or a reboot or a modernisation or a re-imagining – if anything, it’s really what George Miller could do with 10 times the budget of Mad Max 3. I’m really happy Miller is past his Happy Feet phase – while the kids did love those movies, but this time it’s Miller unleashed, and at 70, allowed to do whatever he wanted.

And it shows, especially as the action moves at breakneck pace, cars flipping, the sand and grit in your face. You WILL feel dirty as the unrelenting desert sands envelop every inch of the screen. Oscar-winning cinematographer John Seale – who returned from retirement for this – is at the top of his game – so many shots are breathtakingly beautiful that even during the short breaks between set pieces you’re just there wondering how a desert could constantly look like anything but a boring expanse of sand.

The design is nothing short of amazing, each vehicle given their own identity and you’ll never get lost when metal grinds against metal. Some of the opposing groups might blend together – but wait till you meet the new allies. What an amazing, pleasant surprise.

But key to all this is really the acting. At the top of the list is Charlize Theron – I wouldn’t call this a renaissance, but stinkers like A Million Ways To Die In The West would have killed any other career. Here she is at the top of her game: The aptly-named Furiosa burns with a mission, and it is she that compels the movie forward by the sure force of will. In the world of Mad Max, the hero himself is overshadowed, but for good cause. Nicholas Hoult handles the War Boy role with the most extreme glee this side of Gollum, and the rest of the cast really helps ensure the movie gets its fill of Bovril-powered oomph – even Rosie Huntington-Whiteley is watchable, and the usually stiff Nathan Jones gets to do his bruiser schtick well.

And there’s Tom Hardy as Mad Max, taking over from Mel Gibson. He might spend quite a bit of the movie with his mouth covered but here there’s none of that baneful “welcome to my shitty” dialogue. We don’t need dialogue – enough is said through what happens on screen and through Max’s eyes, a testament to Hardy’s acting chops and Miller’s direction.

And really, not much is said in Fury Road – and not much is needed to be said. Even words that are said are sometimes lost in the sand, the guttural sounds of the engine, the strong Australian accents. But it’s the sparse dialogue that works – it’s not a very hard plot to follow, but without the need to over-explain what is going on the viewer is free to fill in his own blanks without being confused. There’s barely any sign of infodump, and that’s really the beauty of it.

This is how action movies should be done, or at least a prime example of it. Mad Max: Fury Road shows that movies can be explosive without being confusing, that car sequences are more than just pure how fast and how furious you can be, that fisticuffs in a car movie doesn’t depend on rocket launchers, and that women can kick all kinds of ass without you having to question anything – that’s just a fact, no need to argue. Welcome to the action movie you just cannot call “testosterone-laden”.

Even standing among other racing movies – Duel, Speed Racer, Fast7 – Mad Max stands tall with some and puts others to shame with all the high-octane action and focus possible.

In the end, Mad Max: Fury Road shows that we don’t need another hero, but we sure as hell need more Mad Max. I’m sorry Joss Whedon, but this is the summer movie everybody needs to watch.

This is an action movie distilled into what such movies should be - then topped off with amazing world building. You'll be mad to miss it. 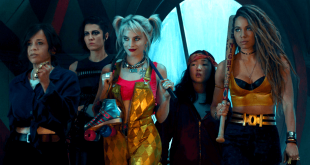 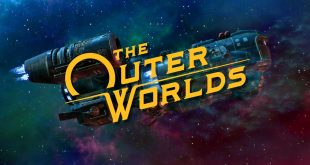