It sounds like a weird statement to make, but there it is. Final Fantasy XV makes a whole slew of mistakes, some of them nigh unforgivable. You might have heard of its problems. Heck, it’s almost been a month since its release, and you might have already PLAYED through those problems. So how could it still be considered great?

Final Fantasy XVs sins are many, but the cardinal sin from which all other lesser sins stem from can be seen from the main trailer itself. Final Fantasy XV it seems like two (or even three) games mushed together.

The first game follows Noctis, prince of Insomnia, and his buddies Gladiolus, Ignis and Prompto (or as Minicloud from Monoxious likes to call them) the CHOCOBROS as he leads an open world roadtrip to meet Lunafreya, his soon-to-be bride.

It’s a pretty traditional brotrip, with pitstops along the way, either to refuel or for one of Prompto’s group shots, or just to fish. It’s the least Final Fantasy-ish bit of Final Fantasy ever. Instead of epic quests it’s a coming of age vacation, full of stunning vistas, chocobo racing, and Roti Prata. But it works. I seldom feel as much for a group as I do for Clementine and Lee, or Max Caulfield, but I do with these four dorks. 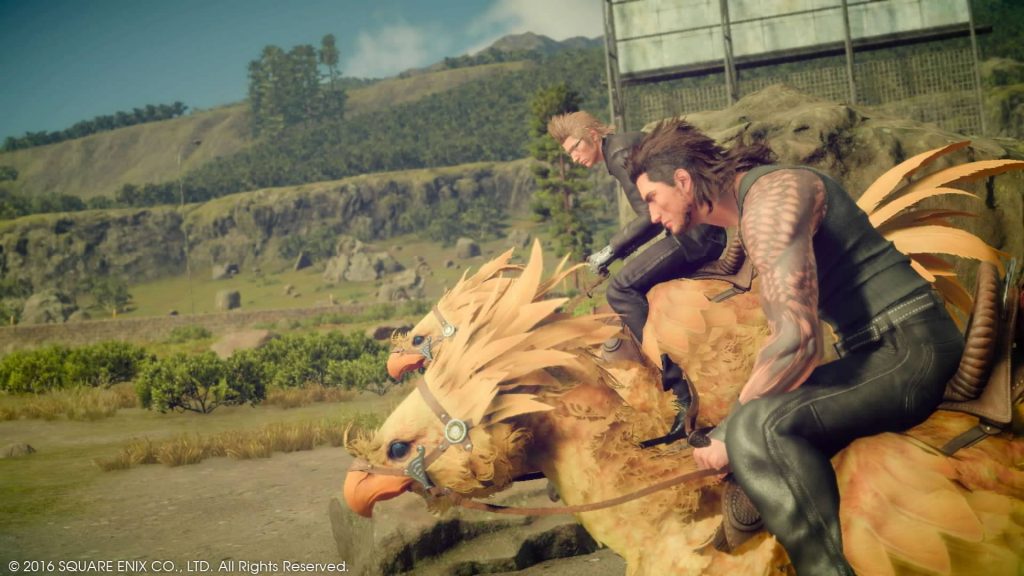 Much of it can be chalked up to the chemistry between the four main characters. You have Noctis, the heir whose royal mantle sits uneasily upon his shoulders. Ignis is the straight man and intellectual. Gladiolus is your stoic who wants to beat things up. And Prompto is… Prompto. Every group has one. All four of them are traditional archetypes, but they gain depth and dimension in the time spent with them. You find out things. For example, Gladiolus has a bookish side. Ignis is surprisingly excited about cooking. Prompto loves Chocobos… well we could probably see that one happening. But between the conversations in the car, the ribbing when someone does something silly in battle, and Prompto’s overzealous photography, they become people. 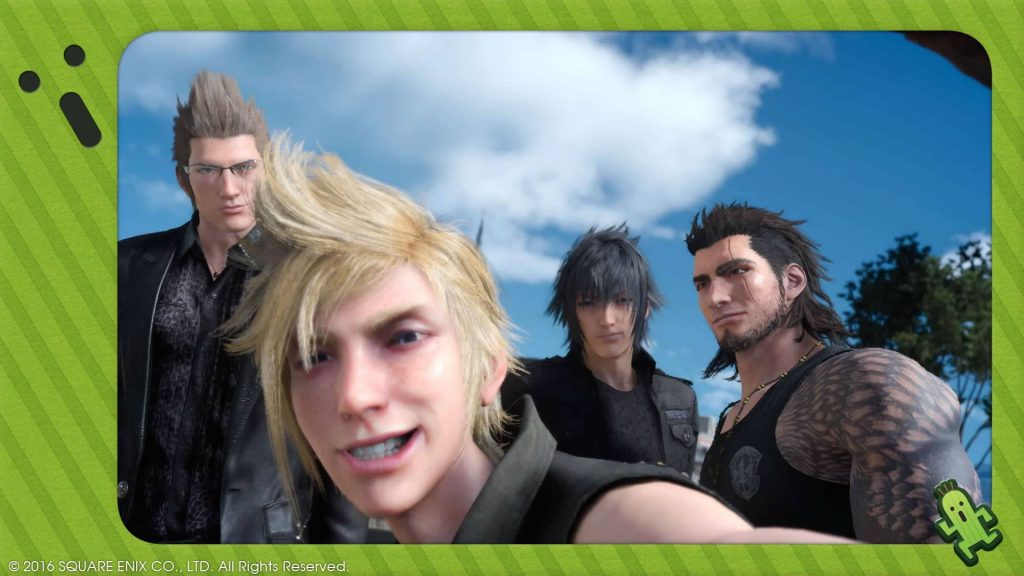 Which is why the second half of the game is such a rude shock. Within the trip, things suddenly take a turn for the worse. Noctis’ dad dies, the Empire attacks, you run around trying to look for your fiancee, and oh yeah you need to gather Titan, Shiva and all the other summons before the world is overrun by demons. That’s the Final Fantasy I’m used to.

It’d be okay if they continued the vastness of the game. Sadly, the first continent is the only true open world. Altissia, the second ‘continent’, is barely a city, and the third act is a straight shot into the final battle. It’s weird how on rails such a vast world became. One part is literally on rails; the chapters has you protecting a train as it is being attacked by the empire.

Gameplay wise, the combat is actually pretty fun, with the ability to summon and change your weapons at random, as well as ‘warp strike’ your enemies by appearing where you weapon is thrown. What really makes the combat is the presence of ‘wait mode’, an autopause feature that allows you to think through parts of your combat as long as you’re not attacking. For an ARPG and console noob like me, wait mode is a godsend. Unfortunately, the combats are just like the overall game; better when it’s open and less so when small and cramped. The fun factor takes a steep dive when you’re stuck in tunnels, surrounded by foliage, or other lose your ability to warp strike (see: Chapter 13). This is further hampered by the twitchy camera. Again, good when it has room to move around, bad when constrained. 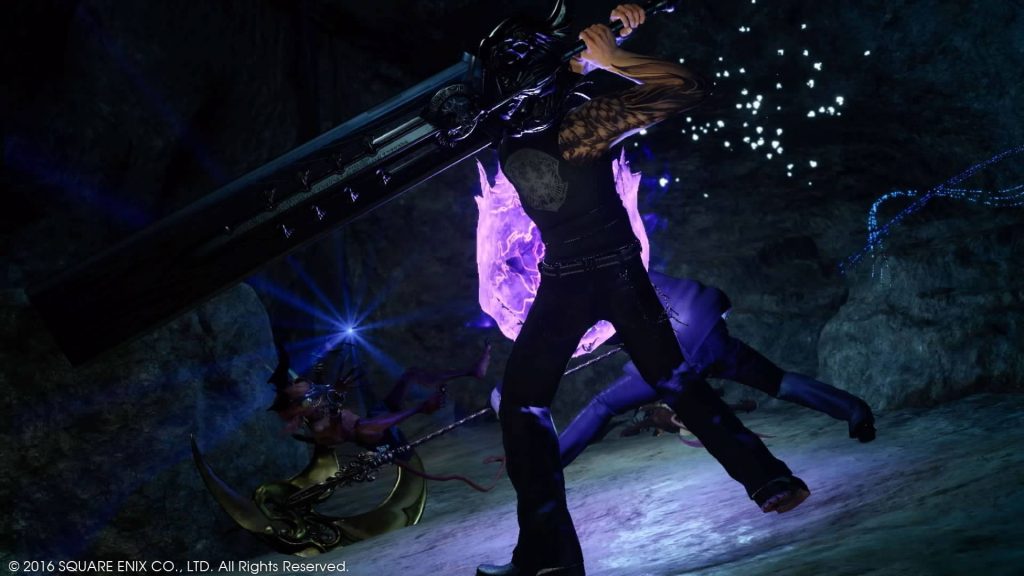 A turn for the worse

It’s the second half that causes the flaws of Final Fantasy XV to seep through. The Arch Villain is a rather successful dick, but his motivation is incredibly hard to understand. The other villains are even worse, most not even warranting a photo. And don’t bother about the plot. It’s something about crystals and saving the world, like just about any other Final Fantasy, but that’s about as far as I got.

Everything in Final Fantasy XV is good when you have the freedom to do whatever you want; it’s when the world closes around you that you start to realize that maybe Final Fantasy XV isn’t as good as you thought it was. Its flaws are all-too exposed in the infamous Chapter 13. It’s a 2 hour slog where the game strips you of friends, weapons and leaves you almost helpless. In that period, you suffer jump scare after jump scare, with the disembodied voice of the villain monologuing in your ear all throughout the chapter. It’s insufferable.

It’s sad that the thing that makes Final Fantasy recognizable is the noose that is draped across Final Fantasy XV’s neck. The need for summons, the bizarre machinations of the villains over crystals/orbs/whatever, the plunging of the world into darkness and evil… they all don’t mean anything to me. I mean, Brentalfloss essentially predicted the plot of Final Fantasy XV seven years ago, because it’s the same plot in every Final Fantasy.

So if Final Fantasy XV is so flawed, what makes it so great?

Every great story needs great characters. You need to have something in order to lose it. And you need to care for that something, in order to feel the loss of what was taken away. That’s the reason why every memorable disaster or apocalyptic movie needs great characters to bring meaning to the loss. Those ‘people’ are just poorly rendered polygons until you give them a name and a backstory. And even then, you might not even care for what happens to those ‘people’ unless you cared about who they were. 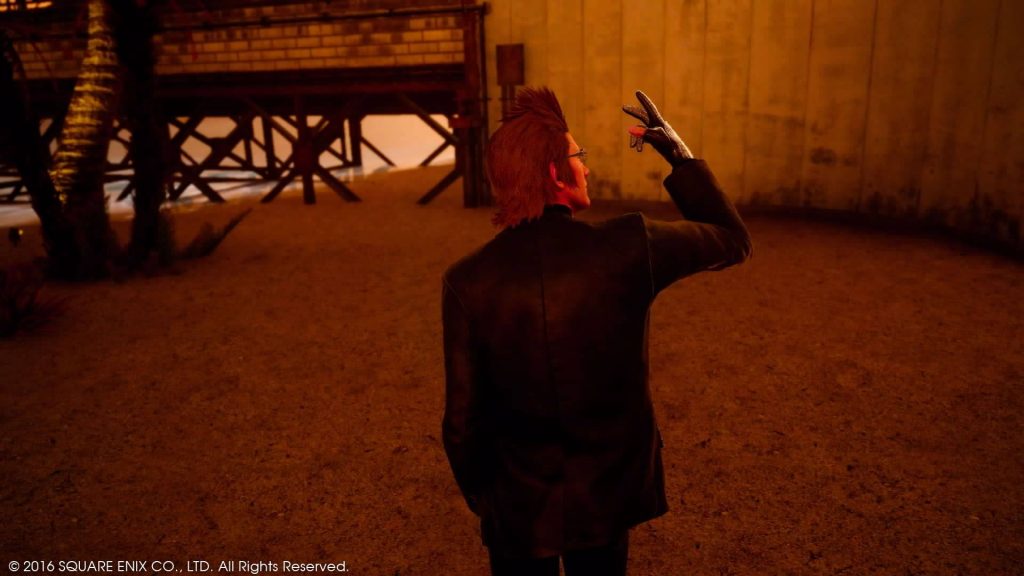 That’s what Final Fantasy XV got right. The hours of road-tripping and getting annoyed over Promto’s Promptography serve to highlight what needs to be sacrificed, in order to save what is truly important. Loss is made all the greater with contrast. As much as I hate Chapter 13 (and it should still be changed), I do admit that the absolute torture of having to do most of it without Ignis, Prompto or Gladiolus only served to highlight how important they were to Noctis. In the same way, I never got why ‘Stand By Me’ was the opening theme to Final Fantasy XV, or why Prompto was so into photos. I just assumed that it was a way in which they wanted to inject some emotion into the game. That’s partly true, but at the end of the game you realize it was so much more. 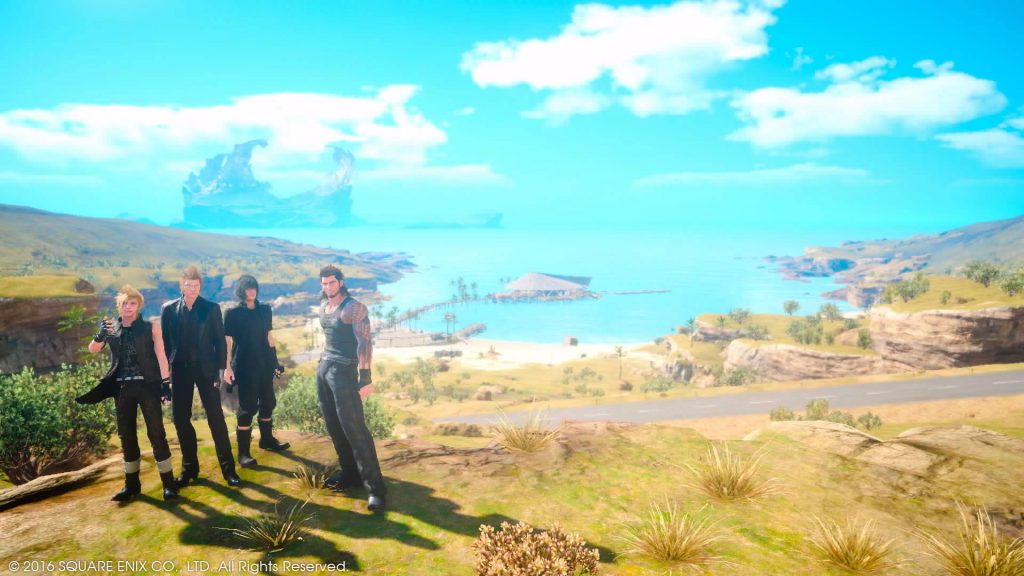 Yes the plot of Final Fantasy XV is a hot mess. There are some things that make absolutely no sense. Certain characters are barely more than magazine cutouts, and some plot and gameplay developments only make you want to tear your hair out. But at the end of the twenty (or forty, or hundred) hours you spend with with the game, Noct, Prompt, Gladdy and Iggy, have made their way into your heart. And you realize that the journey in the game, as in real life, is only important when you have people you love making the journey with you.

Final Fantasy XV may be deeply flawed, but it’s a memorable addition to the Final Fantasy saga that made me mist up. And that’s why I consider it great. I suppose that it’s only fitting that of all trailers Final Fantasy XV has out there, this is the one that resonate with me the most. 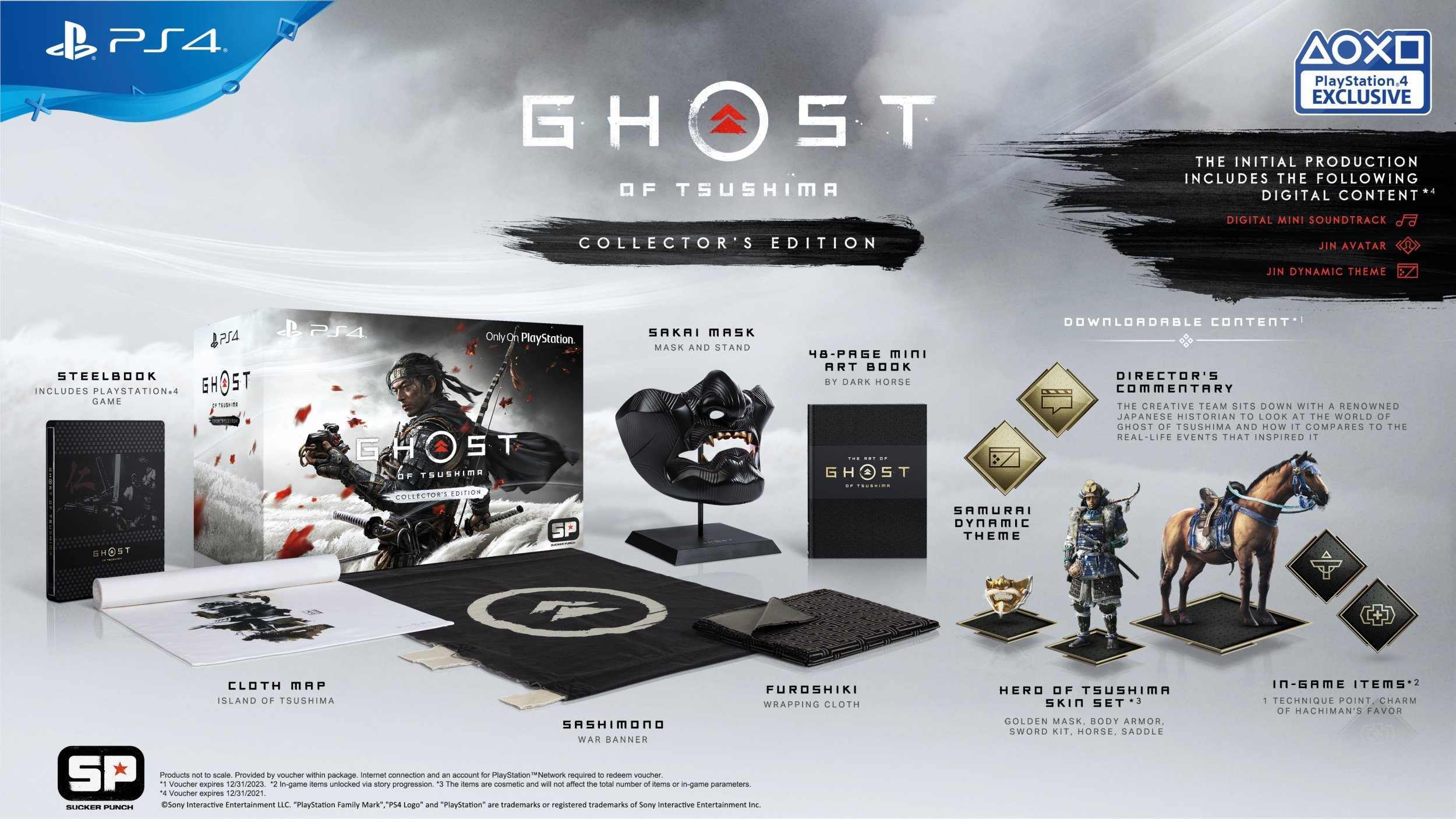