I lost a lot of sleep when Cities: Skylines came out. Last week when After Dark, its first DLC, came out, I honestly expected to lose an equal amount of sleep again. 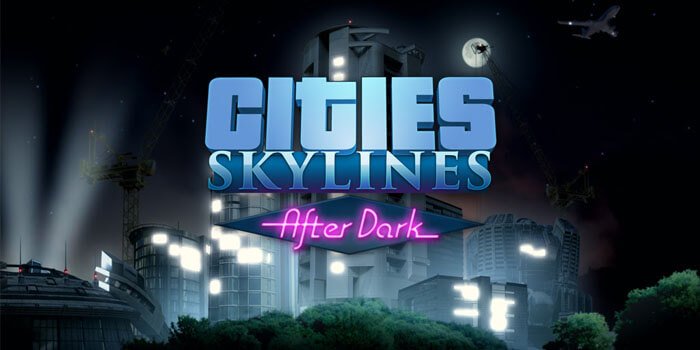 Strangely enough, I didn’t. That’s not to say it isn’t good, though.


Paradox adds a lot of spit and polish to the base game. There’s a lot more transportation options, with bus lane, taxis and even bikes all serving to reduce the congestion on roads (which is a good thing: my roads tend to start looking like the CTE during rush hour after hitting a certain population size). After dark also runs more simulations behind the scenes; crime is more fleshed out, with criminals being released from police stations if there are no cells to house them. However, if you didn’t know the game back to front, it’d be likely that you wouldn’t even notice the new additions. They round off the game, but they’re mainly tweaks. 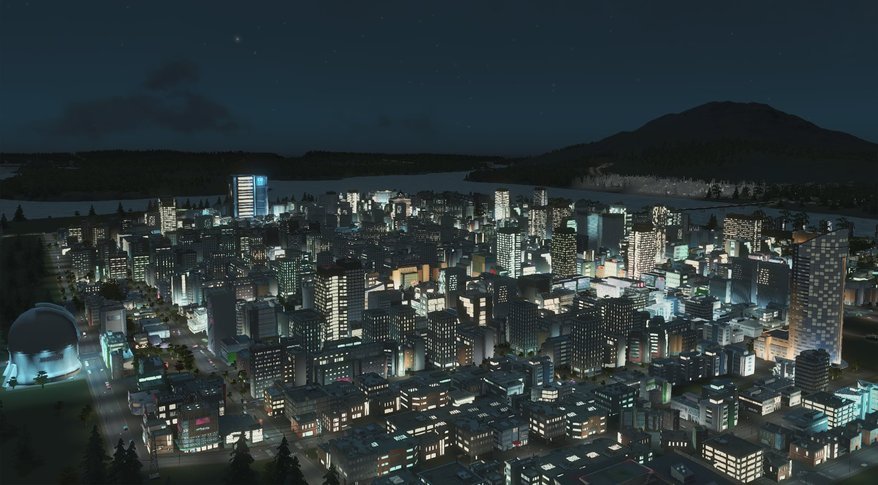 After Dark’s two main selling points are the day-night cycle, as well as the option to zone commercial areas to provide leisure now. I’ll have to say the city is pretty beautiful at night. One issue though, is that I found it slightly harder to build things at night. Forested and unbuilt land is dark, after all. In addition, the day-night cycle changes traffic patterns, with your population heading to work in the day and towards the commercial (or leisure zones) at night, while leisure zoning encourages you to start building recreational areas, both for your citizens as well as for the tourists from out of town streaming in. Speaking of which; watching the tourists stream in from a passenger luxury liner is pretty fun. However, it isn’t a total overhaul of the system, but more like some decorations after your city has grown.

Amazingly enough, Paradox also decided to bundle their day-night cycle into a free update. Which means that a large portion (maybe a quarter? A third?) of a $15 expansion is technically sitting outside, free. Considering their main game was only $30, some players have equated this $15 expansion as ‘not worth it’, purely because it doesn’t provide half of the original game’s content. I beg to differ though. The provision of content in free patches is goodwill provided by Paradox to us, and it is only fair that we return the favour.

Would you rather pay $15 for After Dark, or would you rather be nickel and dimed for silly DLC by a company that had already gouged you? Cities: Skylines plus After Dark is still a steal at $45, when AAA games out there are $60-80 for the base game, let alone the exorbitant prices that THEIR DLC go for (season passes? $10 bucks for skins?) so I still think After Dark is fairly priced. If you want companies to change their business practices, then the only way to convince them is to vote with your wallet.

After Dark is available on steam now. 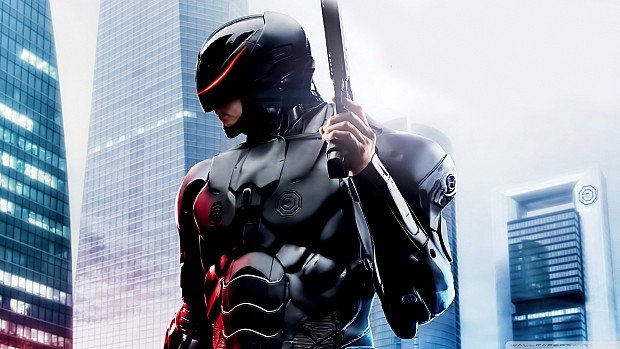