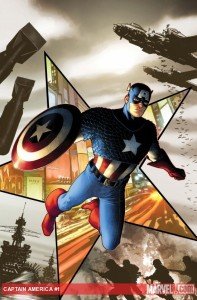 With Captain America: The First Avenger hitting screens in the US at the end of this week (and Singapore screens two weeks later), there’s no better time to be a fan of the Star Spangled Avenger. It has been over five years since I last held a Captain America #1, but thanks to the movie, Marvel has seen fit to create a seperate series to cater to new fans of the Super-Soldier.

Created by Marvel Architect Ed Brubaker and Civil War artist Steve McNiven, will this mark yet another stirring saga from the man who, in the past half a decade, killed the Red Skull, revived Bucky, killed Captain America, made Bucky the new Cap, revived Steve Rogers and finally restored him back to his original role? All signs point to YES. 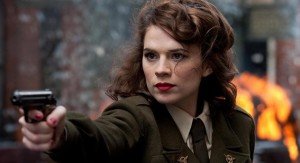 Just to ensure that there’s sufficient continuity from the end of the Captain America: The First Avenger, this story begins with the funeral of Peggy Carter, the World War II love interest of Captain America, played by Hayley Atwell in the movie. We also see Dum Dum Dugan, another longtime member of Cap’s supporting cast who is still very much alive in the present day, and is played by Neal McDonough. This opening scene also establishes, however, that mainstream comic continuity reigns – Nick Fury is white, regardless of Samuel L. Jackson’s extended portrayal of the character on the silver screen. I hope new fans don’t get too confused over that. 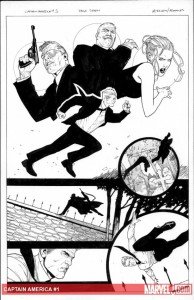 Brubaker then flashbacks to the War where Fury has gathered the team of Cap, Dum Dum, Peggy and introduces two characters who would be unfamiliar to most: Jimmy “Jupiter” Jankovicz and Codename: Bravo.

As it turns out, Jimmy Jupiter is a legacy Marvel character whose only appearance was a two-parter in the 1942 anthology series Marvel Mystery Comics #28 and #29. Once again, the Marvel Architect does what he does best and draws from the treasure trove of classic characters to re-establish their place in the mainstream Marvel Universe. Jimmy Jupiter is Marvel Comics’ version of Alice in Wonderland or Dorothy in The Wizard of Oz. He visits a fantastical land called Nowhere regularly, but at the end of each story, is told that he was just dreaming, even though he is convinced such a place exists. While his exact ability is not known yet, in Captain America, he is the team’s secret weapon and it is suggested that he is able to teleport them to a place of unknown location.

Codename: Bravo is the more intruiging of the two at this moment, however. An entirely new creation of Brubaker and McNiven, he is established as being an American working for the British government and based in France since the 1920’s. Here’s the clincher, he’s a super-soldier and he’s the guy that Peggy Carter dumped for Captain America because he was “faster, stronger, younger”. It is a brilliant masterstroke to ensure Steve Rogers remains young in the comcis (to synch with the youth portrayed in the movie) by introducing an older version of himself in contrast.

Though Bravo is a new antagonist for Captain America, he is sufficiently grounded in Marvel continuity to not feel out of place. He is supported by hordes of Hydra soldiers, who would be familiar even to the newest fans thanks to their huge presence in the movie, and when you see who it is whom he partners himself with, you know that Brubaker is committed to making this an epic worthy of its predecessor. 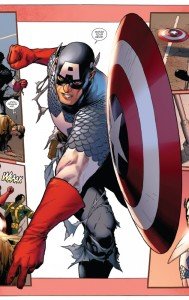 Throughout the whole issue, artist Steve McNiven never loses his consistency, churning out dynamic scene after scene. Even in scenes where there is little to no action, there is still a sense of pace to the page, a skill which underlies the years of experience McNiven brings to the table. Though he may not yet be on the same level as Ron Garney or Steve Epting, two men who I still feel captured the velocity of Captain America the best, McNiven nonetheless serves as a worthy successor of the Captain America title.

So can Brubaker and McNiven do any wrong? Well, unfortunately, yes.

Having set the bar extremely high with his first Captain America #1 back in 2005, where he killed the Red Skull in the final panel, this new #1 never really comes close to that huge cliffhanger, which essentially cemented Brubaker’s status as THE Captain America writer for the past decade. Brubaker’s propensity for reviving legacy Marvel characters has also been more miss than hit. The most recent attempt – “the original Super-Soldier” John Steele, in the pages of The Marvels Project and subsequently in Secret Avengers – left an oddly bitter taste for the anti-climatic way that last storyline ended. One may even be tempted to suggest that Codename: Bravo is just a belated attempt to finish off all the stories Brubaker had planned for Steele, after abandoning the latter character when he failed to connect with readers.

All that being said, however, Captain America #1 is a fine read, and should excite any new fan coming out from the cinema after the movie. Brubaker and McNiven produce a fantastic first issue, whose only fault was not surpassing its predecessor. 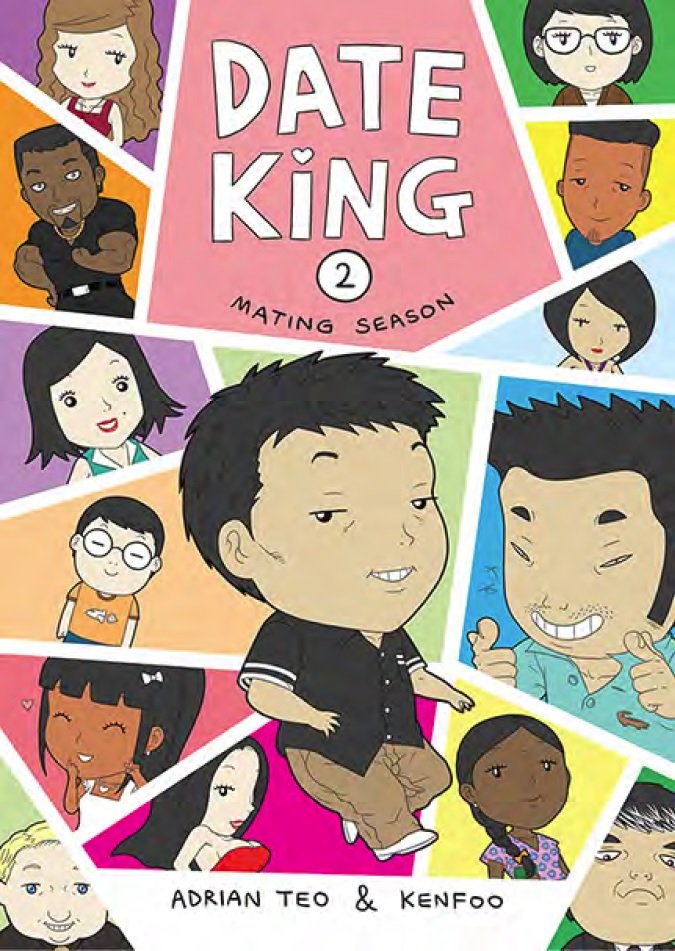