A few days back I was lucky enough to check out World Invasion: Battle LA, a sci-fi movie that was pretty enjoyable. Aaron Eckhart (thankfully not two-faced in this movie) plays Staff Sergeant Nantz, a man who lost his team in a previous mission, and is contemplating retirement when…. well a world invasion takes place and he’s forced to lead a new group of men into battle. Men that have their own little 5 minute blurb at the start of the movie. 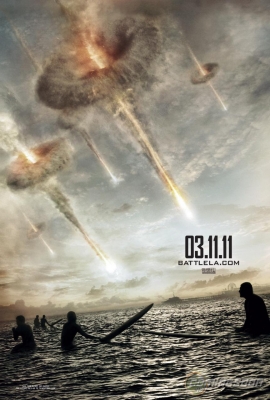 I came into the movie having heard the description of Independance Day meets Black Hawk Down, and that’s actually a description that is right on the money. Nantz and his men are fighting a technologically superior foe (who seems to be using incendiary ammunition), and the first half of the movie reads like a suspense film. Not knowing what the bad guy can do seems to almost channel a sci-fi zombie vibe, and the smoke and shakey cam throughout the movie seems to only accentuate that feeling. 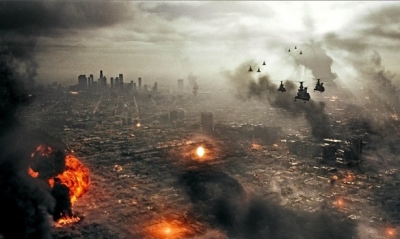 Somewhere around the middle the ‘Black Hawk Down’ vibe gets turned to the max, with the shit hitting the fan and men dying or getting injured left and right. Of course, this wouldn’t be a Hollywood movie if things weren’t darkest before the dawn, and after a suitable length oration, the movie turns into Independance day, the soldiers turn into Big Damn Heroes, discover the Achilles’ heel of the evil water stealing zombie aliens, and save the day. 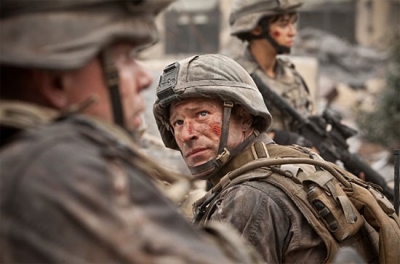 But that doesn’t mean I didn’t like the movie. Aside from the shaky cam (not as bad as Cloverfield but could be better), there isn’t much that I hated about the movie. Yes the men are all given a quick description so that they’re not just another Dog Tag serial number if or when they bite it. Yes the civilians are more or less just plot on two legs. But still, this was an action blockbuster, and it did everything an action blockbuster was expected to do; entertain the audience with sufficient explosions, sufficient one-liners, cue the epic music and beat the bad guys with awesome.

I’m not saying that Battle LA is about to win any drama awards or anything… but as Summer Blockbusters go, it was sufficiently entertaining. Enjoyable explosive popcorn. And considering last year’s Transformers: Revenge of the Fallen, I’d be happy enough for Dark Side of the Moon to be as good as Battle: LA.

Totally unrelated to the Film: If I had known Ne-Yo was in the movie, I’d have broke out in Dance Central moves somewhere in the movie. Which means it was probably good for everyone involved that I didn’t.