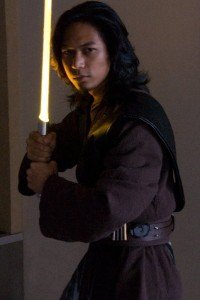 It’s always a joy to meet fellow geeks in Singapore and though I’m not the biggest Star Wars fan, it’s hard not to appreciate people who take their love for the cult phenomenon to a higher level. I mean, sure, I’ve gone to a convention as a redshirt, but lightsaber fight choreography? The Force is strong in this one.

Following up from our previous interview with FightSaber founder and long-time lightsaber fight choreographer Azmi Danuri, we talk a little more about his start, his dreams and just how much he hates Michael Bay.

For as long as I’ve known you, you’ve been involved in lightsaber fight choreography… when exactly did this love begin?
Since the Original Trilogy came out when I wasn’t born yet, I guess. I truly fell in love with Star Wars and lightsabers when I watched The Phantom Menace in the theatres in 1999. Back then there were only the Hasbro toy sabers and me and my cousin would duke it out at any open space – in the middle of the night I might add!
Once we got screened by the police and one of them even joked that we should go home and get some cardboard and make a Darth Vader mask while we’re at it. In 2005, I met up with Faiz, who at that time had already started SEJA (Subterranean Esplanade Jedi Academy) and started a whole new era of awesomeness for lightsaber combat.
And this was before we knew anything about the New York Jedi, which was started by Flynn in 2005 too!

We’re talking some 12 years, what keeps you going?
I guess my love for martial arts in general. I mean, who doesn’t love a well choreographed martial arts film? Add lightsabers into the mix. LIGHTSABERS!

What has changed during that time? How have you grown from Padawan to Grand Master?
Not much has changed, I guess, except for the experiences I get along the way. I still do watch other lightsaber combat performances, watch the fights on DVD in slowmo and I guess these things help me choreograph better (hopefully) lightsaber fights. I was the one who choreographed the 4 versus 1 fight at the 2007 St Patrick’s Day Parade performance – not easy. but I did it. (The video below depicts the epic battle, starting from the 5:53 mark)

Imparting my knowledge and skills to others is rewarding for me. As I see the guys perform on stage. I feel proud of them, like how a father would his child.

Who’s your biggest idol?
I want to meet Nick Gillard! He’s the choreographer for all the lightsaber duels in the Star Wars films. He recently held a workshop called “Combat Con” and I was mighty jealous when I saw Flynn (founder of the New York Jedi) with Nick in a photo.

That much of a geek, huh. 🙂 And who would you hope ends up in the gaping maw of a Sarlacc?
Michael Bay. What a douche he is! Seriously, that dude destroyed part of my childhood, man. I already swore off any Bay films after Pearl Habour, and yes, I have not watched a single Transformers film. Ever.
Apart from that, I’m screaming inside whenever anyone said Green Lantern sucks. I mean, come on, the Green Lantern film is kinda like Batman Begins. It sets up nicely for an awesome sequel – Hal vs Sinestro. And some of these people hail Transformers… like, what???

Well, the first movie was actually pretty alright, you know, you might wanna give it a chance.
Not in this lifetime. Michael Bay should go back to doing TV commercials. His past TVCs are awesome, not so his films save Armageddon. Enough Michael Bay to last me 5 years.

What movies/tv shows/events/etc. are you looking forward to in the next few months? Or have you had your fill with Green Lantern?
I’m actually looking forward to The Mentalist, I love Simon Baker, and thank god for Mythbusters filling in the summer break TV show void. Is Fringe coming back for another season? JJ Abrams FTW.
Fringe is.
I’m also waiting patiently for next year’s The Phantom Menace in 3D. Podrace in 3D, ‘nuff said.
Here at HereBeGeeks, we’re very thrilled as well. For Fringe, maybe not so much Phantom Menace.
And yes… Clone Wars Season 4 in the Fall.
No surprise there.
FightSaber recently had a Star Wars marathon over the past weekend in conjunction with CosFest X.1 It was awesome, especially with our own commentary.

Okay, last question – what’s next for Azmi Danuri in 2011?
Hmmm… I don’t really know actually. we’ll just see where the Force takes me. Continue with the fanfilms, possibly a different genre short film as well. Been sitting on a script for far too long –  it’s a romance film filled with serendipity or the lack of (I’m terribly mushy sometimes). And hope to get FightSaber more recognition, of course.  Oh, and pray that Michael Bay retires, however unlikely that may be.

Awesome. Thanks for the time!
No, thank you!

Once again, you can catch up with Azmi and the rest of the FightSaber choreography team @ FightSaber.com. 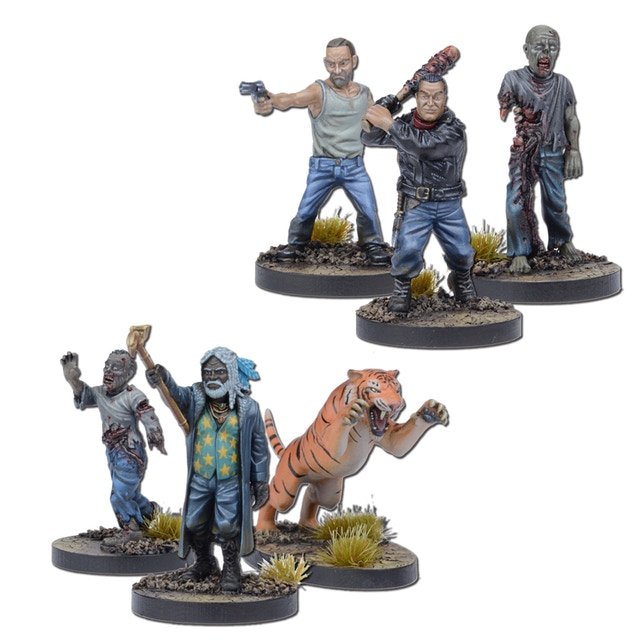