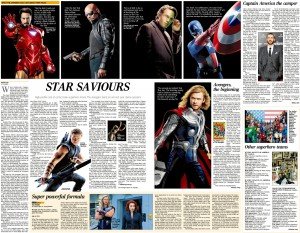 Hi everyone, the usual guy who does the “Week in Geek” left for the UK this morning, so bear with me as I bring you last week’s big geek article from The Straits Times, to coincide with the official opening of The Avengers movie today. The Wednesday article comprised four parts, the bulk being the report by Melissa Sim of the press junket in Los Angeles, as well as the lucky lady’s interview with “Captain America” Chris Evans, followed by the 4-star review by Ong Sor Fern and a little trivia/tidbit section courtesy of our pal Nicholas Yong.

We’re always happy when geek news appears on our mainstream media, and though the main article naturally focused more on the stars than the characters, I appreciated the use of the movie’s promotional posters and a quote from almost each of the main cast about why they liked their roles. In particular, Sam Jackson, Chris Hemsworth and Evans all seemed to get their characters spot on – which, of course, was clearly evident in the earlier movies but was a nice reminder as The Avengers rolls around.

I was especially thrilled about the little snippet where Evans is apparently the “social director” of the cast and crew and Clark Gregg’s revelation of one particular SMS from Evans simply said “Assemble”. I haven’t watched the movie yet (please don’t spoil it for me in the comments) but even if Captain America never even leads the team for a moment, I’m happy Evans is showing his leadership quality behind the scenes.

Special shout-out to Nic Yong who (ironically) grounds the article by giving a little history lesson about the Avengers in their comic book incarnation. Though largely a well-written piece, I bristled at the journalistic license he took in his reference to Cap, Iron Man and Thor as the “holy trinity” of Marvel, as well as suggesting that the team as a whole was never as popular as sum of its individual heroes. But I suppose that is the opinion of an Avengers fan that has only just started accepting the changes in the title made by writer Brian Michael Bendis since 2005. Also, credit must be given for summing up most of the major Avengers storylines, Nic! Definitely not an easy task and shows a fair bit of research on your part. Kudos!

As for the 4-star review… you’ve got to be kidding. Based on the early buzz, I think we can safely say that this is the best superhero movie EVER. Yes, I’m betting even The Dark Knight Rises won’t be as good.

The Avengers opens in Singapore today. 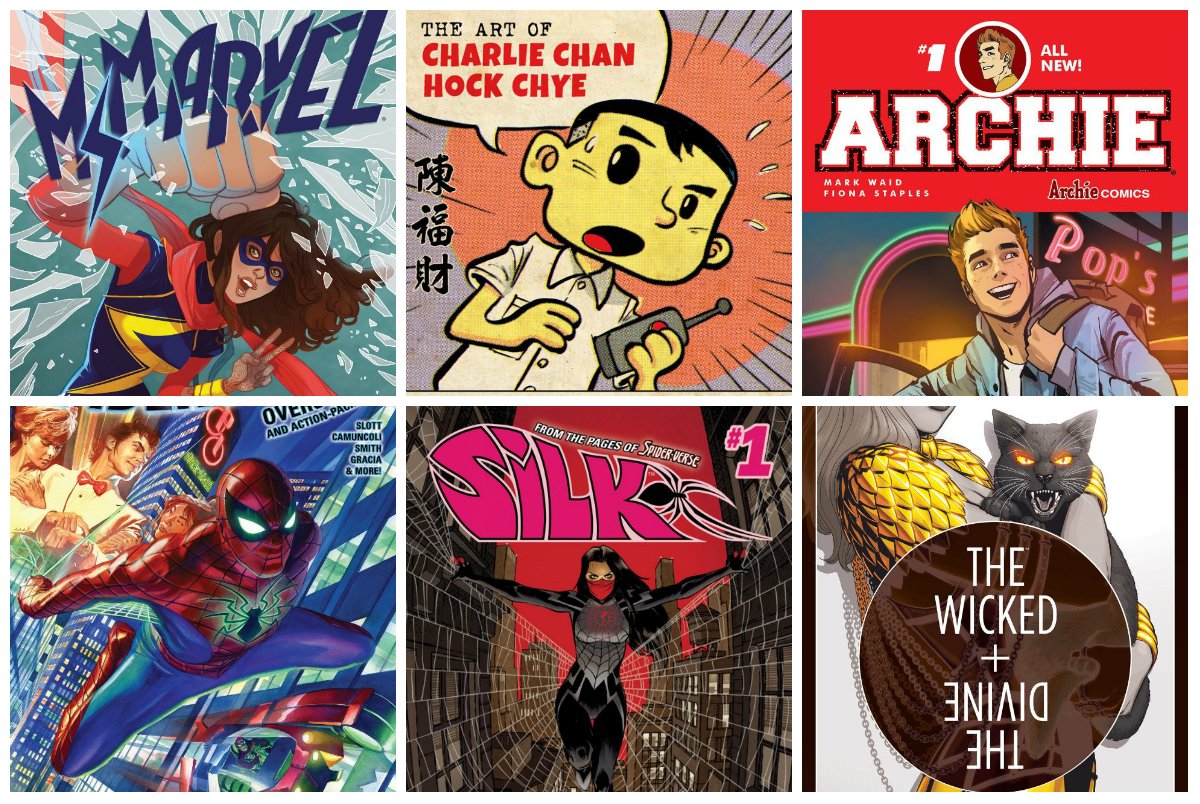