Fifth Element is one of the most memorable sci-fi films out there. A memorable mishmash of pop culture and Jean Paul Gaultier fashion, it is a cult classic, one of the best Luc Besson films out there and a show that I regularly rewatch. Imagine how hopeful I was when Luc Besson announced he was doing Valerian and the City of a Thousand Planets, a movie that he had wanted to do since forever. He even said that he ‘settled’ on Fifth Element when he realized he couldn’t do Valerian at that time! How awesome would it be?

Not that awesome, as it turns out. There’s a review out there that states Valerian is ‘Star Wars on Crystal Meth‘, and they are right, but with one horrifyingly tragic detail they didn’t add: The Star Wars they’re talking about is the Phantom Menace. 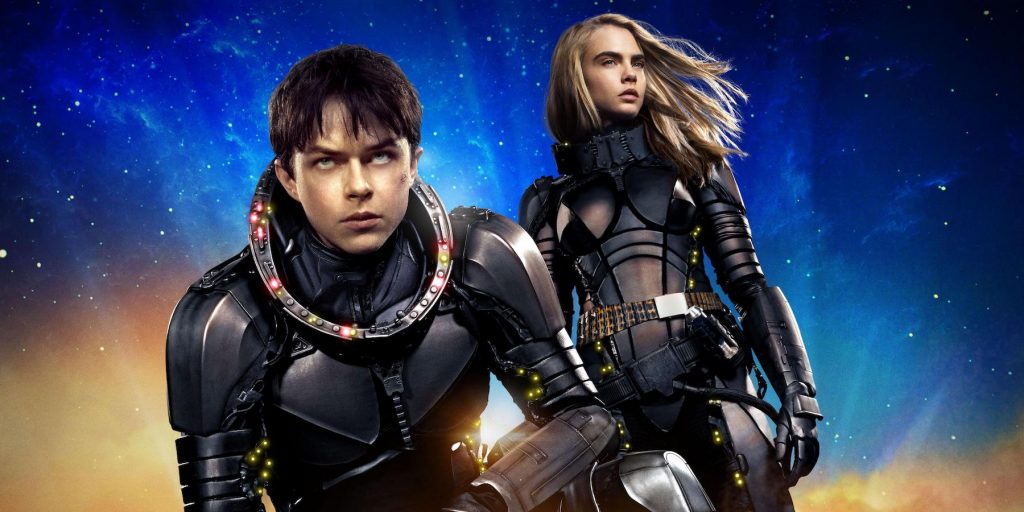 Like George Lucas with Star Wars, Luc Besson had to make do with what he had at the time. Yes, they both may have only had practical effects, and yes they might have a budget, but by God would they knock it out of the park. Like Star Wars, the Fifth Element was a triumph of its age. The effects were unprecedented. The universe was vibrant. The characters larger than life, inspiring a whole generation of cosplayers and halloween costumes. (Muuultipass anyone?) Like Phantom Menace, Valerian is really REALLY pretty. But in both movies, that’s all that is going for it. The time (roughly 20 years for both pairs of movies), the increase in budget, and technology did not benefit either director. Like Phantom Menace, Valerian features a kid so wooden its more puppet than actor (Dane Dehaan), an actress that tries REALLY HARD to make it work (Cara Delevigne), and dialogue that a script writer probably had a stroke over.

Valerian starts off GREAT. A view of space with David Bowie’s ‘Space Oddity’ playing. A space station growing as Earth meets more and more humans. It eventually grows so large it has to be un-tethered from Earth. And then the problems start.

Yes you could argue that the Fifth Element was insane like Valerian, but they had people and characters that you could invest in. Ruby Rhod was a caricature, but he was an entertaining caricature. Rihanna? Not so much. And no villain in Valerian can even compare to Jean Baptiste. Emanuel. Zorg.

In fact, I hated so many Valerian characters that I actually found one of the more interesting characters to be Kris Wu, the person I mentally tagged as ‘Chinese Exposition Guy’.

Like Phantom Menace, Valerian’s set pieces are interesting, the aliens and vistas a true work of art. But the awkward plot and dialogue stitching each beautiful setpiece together is abysmal. Valerian would make about 20 great music videos. One 2 hour 20 minute movie…. not so much. I actually believe that watching Valerian in a foreign movie, or while muting the voice track or (like some have suggested) while under the influence would vastly improve the experience. I think I’d have to wait for the DVD release to test the hypothesis though.

If you’re like me, and a big fan of The Fifth Element, I don’t think I can dissuade you from watching Valerian. There’s just too much desire to watch another Luc Besson epic that you’ll go end up making a poor decision. Do yourself a favour though, and rewatch the Fifth Element after. It’s the movie you wish Valerian was.

Valerian and the City of a Thousand Planets opens 20th July