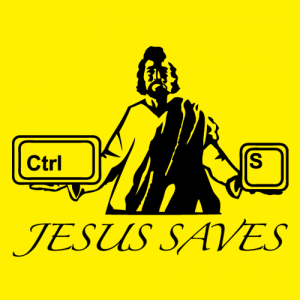 DISCLAIMER: Following post represents the author’s own thoughts and is made with all due respect to Christians and non-Christians, geeks and non-geeks alike. If anyone has any issues with the subsequent content, feel free to drop me a line at korgath [ AT ] herebegeeks [DOT] com.

Most of Christianity celebrates Easter today, recalling the great significance of the suffering, death and resurrection of Jesus. Over the years, it has served as the inspiration for many a creative spirit, who realise it is the natural progression for a character imbued with messianic qualities to make the ultimate sacrifice through their death, and subsequently be rewarded for their act of selflessness and return from the dead.

As geeks, we have a whole treasure trove of such characters, some more obtuse, like Superman, Neo in The Matrix Trilogy and Gandalf in The Lord of the Rings, while others are seen as Christ figures due to certain aspects which may or may not have been intended by the writers, like RoboCop and Harry Potter. For this geek, however, two particular characters stand out as helpful reminders of the resurrection of Jesus this Easter: Star Trek’s Spock and Marvel Comics’ Captain America. 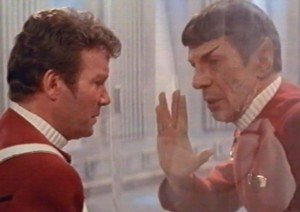 Spock’s death in Star Trek II: The Wrath of Khan is one of the most well-known and poignant scenes in science-fiction pop culture. After a tumultuous space battle with the vengeful Khan Noonien Singh, the crew of the Enterprise find themselves with a hollow victory, as their ship is too damaged to escape a nebula that threatens to destroy them. Realising that someone’s life has to be sacrificed to save the rest of the crew, Spock exposes himself to deadly radiation while successfully repairing the Enterprise’s warp engines. The ship is saved, but it is too late for Spock, who dies, but not after saying a choice number of final quotes, including “The needs of the many outweigh the needs of the few, or the one”.

The less familiar but equally memorable resurrection scene in Star Trek III: The Search for Spock sees the Vulcan, now restored in body by the amazing properties of the Genesis planet, getting his mind returned to him in a dramatic, mystical fal tor pan ritual. For non-Trek fans, the less said, the better.

Spock reminds us that, while he truly believed in the worth of the lives of the Enterprise crewmembers, his main motivations for his self-sacrificial act were for those he truly considered his friends. It was this strong bond of friendship that drove him to save them, whatever the cost, but also to trust them to save him later, should the opportunity be presented. At Easter, we also remember that while Jesus’ death was salvific and for all, he also entrusted us, those he considered his friends, to continue the work that he began, to “save” others, should the opportunity be presented. 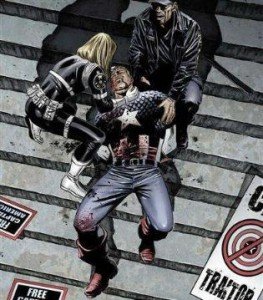 A more recent example of resurrection for geeks would be the “death” and “rebirth” of Captain America, in the critically-acclaimed storyline by writer Ed Brubaker. In the events prior to his death, the superhero also known as Steve Rogers had been leading an underground resistance cell of heroes who were against the Superhuman Registration Act, which Rogers felt was an attack on a person’s right to privacy and other civil liberties. In the midst the “Civil War” that ensued, Captain America, now treated as a fugitive of the law, continued to believe that the rights of an individual were morally above the law and fought hard at every turn against the new legislation. Ultimately, Captain America surrended, believing that continuing the “Civil War” would only cause more harm than good. On the way to his trial, he is assassinated, and his death shakes the superhero community. 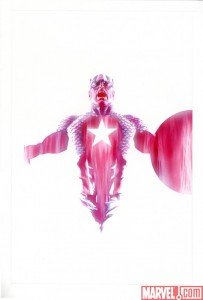 More than a year after his supposed death, it is revealed that Cap did not die after all, but was actually stuck in the time-continuum, fighting to get back to the present. Eventually, he is restored back to his present time and is essentially “reborn” in his own body. Like Spock, the less said about the mechanics of his resurrection, the better. Eventually, Steve Rogers bequeaths the mantle of Captain America to his former sidekick and takes on a new role as the “top cop of the USA”.

The Death of Captain America reminds us that when you fight for what you believe is right, often you have to make difficult decisions, even if it means surrendering to the authorities and proponents of laws that you don’t necessarily believe in. Jesus, too was preaching a different way of life, a life based on unconditional love that didn’t sit well with the authorities of his day, who eventually ordered his arrest and sentenced him to die. Just like Jesus, Cap’s sacrifice was not in vain, for it spurred many people, both superheroes and ordinary heroes, to reconsider the implications of their actions and to change their mindset towards something superhuman, something divine.

Have a meaningful Easter, everyone.