Last week, several members of the international media were invited to visit the Justice League set, just outside of London, and the embargo of their reports was lifted at about 9pm tonight (Singapore time). Here are 5 things we’ve learned from gleaning their reports. Obviously, for those of you who don’t wish to hear even a single spoiler for the movie, don’t read on.

The movie’s deceptively simple logo could be seen as a simple nod to the logo of the popular animated series, with its bold lettering and stark contrast between letters and background. 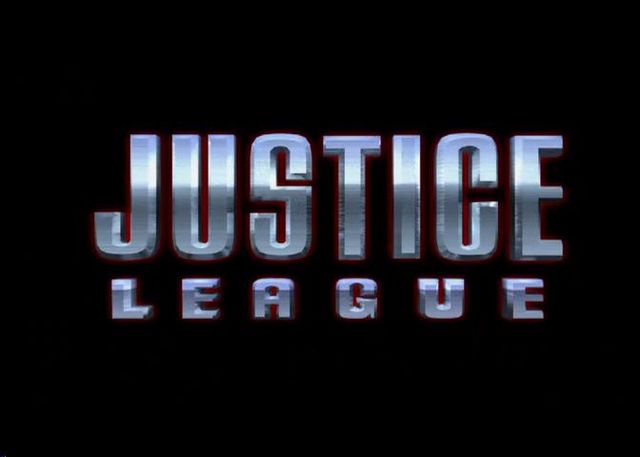 But the presence of the star between the letters I and C, is a nice tribute to the logos of old, all which featured several stars as a patriotic symbol. These two are from the 1980s.

On set, the director and producer chairs had an icon version of the logo with the letters “JL”. Between the letters was the star and interestingly enough, a shield crest surrounded the letters. Maybe I’m reading too much into this last detail – but the movie definitely seems to want to reference the more classic JLA era.

2. The movie is no longer split into two parts!

It was revealed by producer Deborah Snyder during the set visit that Justice League was always meant to be a standalone film, and not a two-parter as originally announced. This becomes clearer when we find out who the movie’s Big Bad is, and it’s not who Batman v Superman: Dawn of Justice seems to allude to. But first, the official synopsis of the movie.

Fueled by his restored faith in humanity and inspired by Superman’s selfless act, Bruce Wayne enlists the help of his newfound ally, Diana Prince, to face an even greater enemy.  Together, Batman and Wonder Woman work quickly to find and recruit a team of metahumans to stand against this newly awakened threat.  But despite the formation of this unprecedented league of heroes—Batman, Wonder Woman, Aquaman, Cyborg and The Flash—it may already be too late to save the planet from an assault of catastrophic proportions.

3. A deleted scene from Batman v Superman: Dawn of Justice reveals who the movie’s primary antagonist is

Have you seen this deleted scene that Warner Bros. Pictures released a couple of months ago?

Luthor’s bout of insanity at the end of the film now makes a lot more sense doesn’t it? DC fans would’ve recognised the monstrosity as Steppenwolf, one of Darkseid’s generals. This, it turns out, is the villain of Justice League, who will be leading the Parademons (which we also saw in Batman v Superman) to invade Earth. Steppenwolf has yet to be cast, though talks are already underway.

All this means Darkseid has (appropriately) been relegated to the 2019 sequel, at least. This slow burn is appropriate when one is trying to develop an extensive movie franchise. When you have the presumed luxury of several movies, you definitely want to spend majority of your movie introducing several new superheroes. Instead of scrambling, trying frantically to simultaneously build up an epic villain like Darkseid, arguably the biggest villain of the DC universe.

4. Speaking of new superheroes… we’re learning a lot about Barry Allen, the Flash!

Firstly, his costume is made up of 148 pieces connected by wires. That’s crazy. The reason for this is a mixture of practical and CGI special effects. In order to capture the visual impact of the Speed Force (although admittedly, no one on set actually mentioned the Speed Force), the pieces are intended to evoke moving panels, similar to the flaps of an airplane wing, and the wires are to represent the electrical currents associated with speed.

We also understand Barry, played by Ezra Miller, is a wise-cracking, charming kid who brings a lot of levity to the team. The media got to see a finished scene featuring Bruce Wayne and Barry Allen which showcased the chemistry between Miller and Ben Affleck, as well as highlighting the light-hearted banter between the two. Allen is also said to have a great camaraderie with Victor Stone, Cyborg (played by Ray Fisher). As the two actors are the youngest members of the main cast, the hope is that they appeal to a younger audience.

Interestingly enough, in the scene Miller also reveals that Barry Allen is possibly Jewish (like the actor that plays him). Another prop from the set revealed Allen’s birthday in the DCEU (which, not coincidentally, is also Ezra Miller’s birthday) as 30 September 1992.

As an aside, in the comics and the animated series, The Flash with the witty personality, and is the consistent comic relief, is more associated with Wally West, not so much Barry Allen. So it’s interesting that the movie will adopt a characteristic aspect of Wally’s personality and give it to Barry.

5. The Mother Boxes will bring three cultures together.

Astute DC fans would’ve recognised the Mother Box from Cyborg’s cameo in Batman v Superman. They become uniting elements which bring together humanity, Amazons and Atlantis. We would’ve already encountered the Amazons earlier in 2017 thanks to Wonder Woman, so presumably Justice League will focus on introducing Atlantis and Aquaman’s origins ahead of 2018’s Aquaman.

On that note, Willem Dafoe’s role has been revealed to be Vulko, a major supporting character in Aquaman’s mythos. As a result, it’s impossible to say for sure what exactly Vulko’s role is in the movie, but traditionally he’s performed some kind of mentor role to Jason Momoa’s character.