The Xbox One X – formerly known as Project Scorpio – will launch in Singapore in 2017, Microsoft announced today. It will retail for S$699. While it will launch in the US on Nov 7, Singapore’s release date is not yet fixed. If past releases are anything to go by, Singapore won’t get a same day release, but I doubt Xbox will want to miss the 2017 Christmas season. (The Xbox One S launched slightly a month – Dec 13 – after the US release, quite a bit better than the year-long wait for the Xbox One)

Touted as the most powerful game console every made, the Xbox One X has a 6 Teraflop GPU clocked at 1.173 Ghz, 12GB of DDR5 memory and 326 GB/s of memory bandwidth. All the heat that that power causes is managed by a liquid-cooled vapour chamber – also a first for any console. There’s also an optimised power management module, and all this fits into a really tiny box – the smallest Xbox ever! (Sorry, Xbox One S). And without all those holes too.

Announced at the start of the annual E3 conference on Sunday, the Xbox One X will play all games playable on the Xbox One. And now some existing games will load with better textures, smoother frame-rates, and loading times. This includes “Gears of War 4,” “Forza Horizon 3,” “Minecraft,” “Resident Evil 7,” “Final Fantasy 15,” “Tom Clancy’s Ghost Recon Wildlands,” “Rocket League” and dozens of other popular games. This update will be free, with many titles enhanced to run in true 4k, and with patches available at Xbox One X launch. Games that are updated to take advantage of the Xbox One X’s extra power will also look better at 1080p thanks to supersampling, said Microsoft.

But with all these changes, you don’t have to worry too much about upgrading – all your old Xbox One hardware will also be compatible.

At their E3 event, Xbox also showed off a ton of upcoming games, including:

Xbox One and Windows 10 Exclusive

Whoo! That’s a lot of games. But honestly I’m looking forward to taking at look at the amazing new Xbox One X. 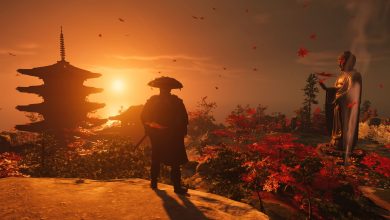