So The Girlfriend messaged me first thing in the morning yelling “KAMALA’S AN AVENGER!!”, to which I responded, “OMG OMG OMG YES YES YES!”. Truth be told, that’s kinda become my standard reaction to her, but I’ll spare all of you the details. Heh. Yes, in an announcement made just hours ago, Marvel proudly showed off their vision for the all-new post-Secret Wars Marvel Universe by revealing its first title – The All-New, All-Different Avengers. A vision where Kamala Khan, aka Ms. Marvel, is a member of their flagship team.

But of course, Marvel is well-known for being a tease, and they’ve silhouetted most of the other members of the team for now… with the exception of one other: THOR. So who else might be joining Ms. Marvel and Thor in The All-New, All-Different Avengers? Let’s take a look:

Firstly, let’s start with the character in the centre of the piece. With the clear image of wings and the shield, it’s pretty much a giveaway that this team is led by Sam Wilson, the All-New Captain America. This is a great start to the all-new Marvel Universe, and while I’m a little saddened by the possibility that Steve Rogers may never wield the shield again, I have no problems at all with this direction.

I am more curious about the figure on the left. I personally have doubts that it’s a suit of armour, and that it’s definitely the Iron Man of the all-new team. Sure, there’ve been others wearing similar armour – so this could be Tony or Rhodey in his War Machine suit or Pepper Potts in her new Iron Woman incarnation. However, I’m going to hazard an outlier guess and say that this is actually Carol Danvers, now known as Captain Marvel. That’s right. In my vision of The All-New, All-Different Avengers, there is no Iron Man.

With Thor revealed, it really does raise the question of who is the other caped figure? After all, capes in the Marvel Universe are as rare as comic books issues currently numbering over #50. Which means this is most likely either the former Thor, who now goes by Odinson, or Hyperion, Marvel’s homage of Superman, a version of whom recently became an Avenger in Jonathan Hickman’s most recent Avengers title. But that’s too convenient a choice for me. I’m hoping against hope that this shadow will be revealed to be Adam Brashear, a current member of the Mighty Avengers, and better known as The Blue Marvel.

As for the characters in the foreground, I dare say Kamala’s not going to be the only teen hero in The All-New, All-Different Avengers. No, in fact, I think everyone who’s speculated thus far is right on the money on who they are.

Let’s start with the figure in the lower right. He’s already shown up in various Marvel video games like the MMORPG Marvel Heroes, Disney Infinity and of course, the Facebook stalwart Marvel: Avengers Alliance. As much as I think he’s been stuffed down our throats, it’s pretty clear that this is none other than Sam Alexander, aka Nova.

The whole point of Secret Wars was to bring the Ultimate Universe and the outgoing Marvel Universe together, both as a marketing gimmick that allows for an almost-excessive amount of new ideas being pushed, and also as an acknowledgement that the Ultimate Universe had generally run its course (into the ground, as some would say). However, there’s arguably only one good thing to have come out of the Ultimate Universe. It would make absolutely no sense to combine the two universes and not take full advantage by making the breakout star of that imprint a full-fledged Avenger in the All-New Marvel Universe. Everyone seems to be in agreement here that the final piece of the puzzle is none other than Miles Morales, Ultimate Spider-Man.

Ms. Marvel, Thor, All-New Captain America, Captain Marvel, Blue Marvel, Nova, Ultimate Spider-Man. Is this an All-New, All-Different Avengers? You bet it is. And we won’t have to wait long to experience it! It’s coming out on Free Comic Book Day, May 2nd! FREE~! 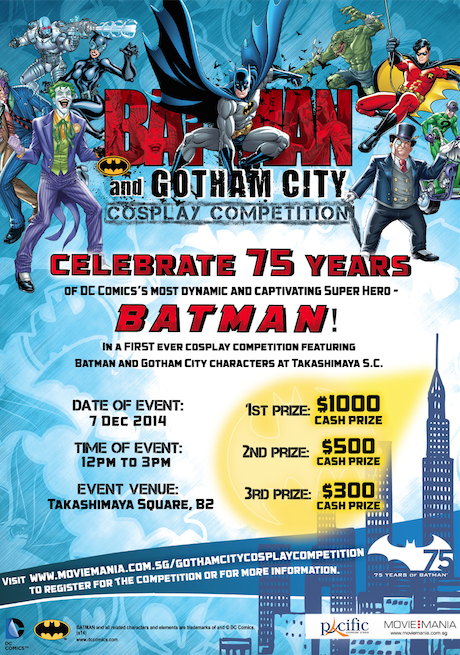