Since slightly over 3 weeks ago weve been having a nice stream of geek related articles on the local papers, at almost a rate of once a week. While next weeks output hangs in the balance (since, well, we havent seen it yet), we thought it would be nice to take a look back at all these articles – not just because some of our very own are featured in it (yay!) but also because some of us might have missed it, especially our overseas friends. If anything, these articles serve to show the trend geek-related articles have in the general conciousness of Singapore (or at the very least editorially speaking). Do remember to show your support by writing in to the editors if you think an article is right or wrong – after all, just show some interest! 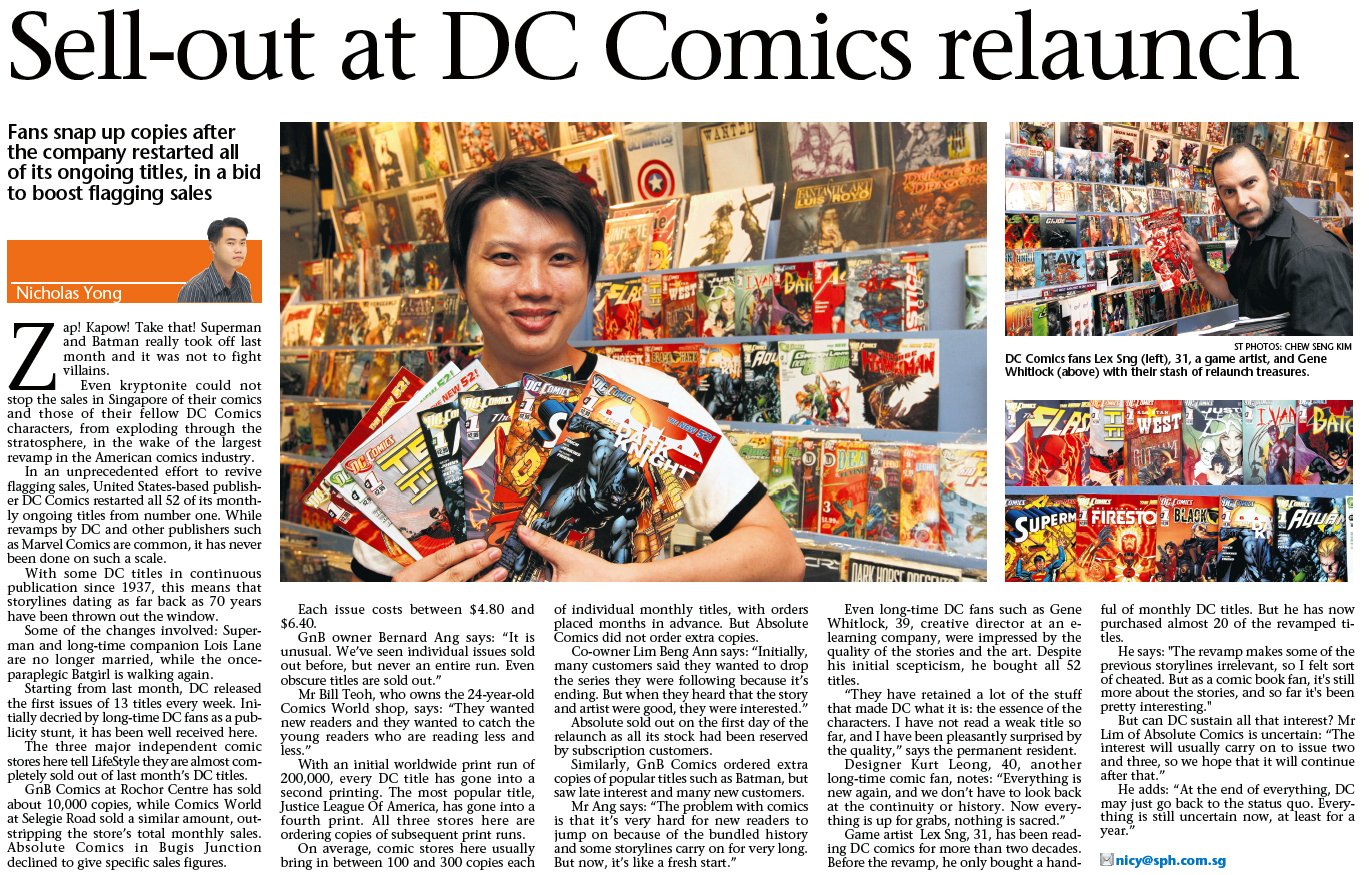 So the for the first in line we have Sell-out at DC Comics Relaunch, in which reporter Nicholas Yong spent days skulking out local comic shops to find which crazy geeks got all 52 (I would have loved too, but Im not that rich!)

But I can definitely attest to the comics selling out – calls made any time after the comics had shipped in meant that the callers (i.e. me) would be turned away because people were buying the comics even before the end of working hours – Im not sure how many took leave, but lunch hour might have been a good time. I imagined people hovering around the store entrances with cash in hand, shouting away like Tsukiji wet market trying to get their hands on the biggest tuna.

I guess my take on the whole matter is this – that it worked out great for the industry, and new fans and returning fans are always a good thing, especially with media coverage like this. But I am as reserved as Mr Lim from Absolute Comics – its hard to say how long they want to take this, and theres always a temptation to recall or refer to fantastic old storylines from yesteryear (as Grant Morrison is wont to do), striking the balance between attracting new folk and rewarding old fans is not easy. Nonetheless, very, very happy for DCs success, and heres hoping Marvel picks up their game. 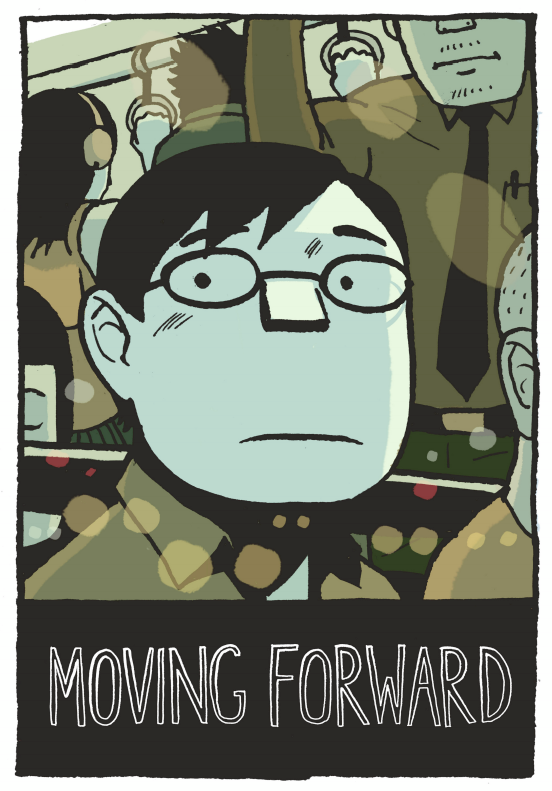